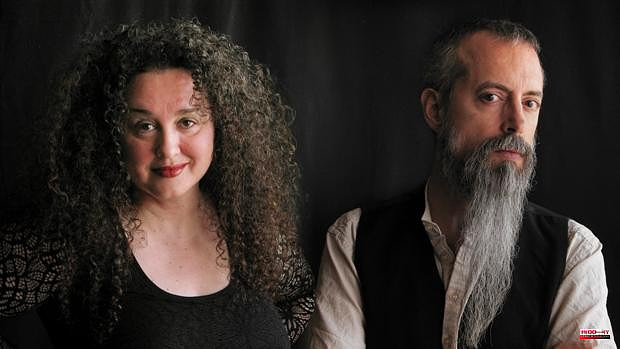 After leaving a previous Celtic folk music group, Pepa G. Lillo from Toledo (sings, plays the rebec and traditional percussion) and Gabriel Navalón (composer, arranger, keyboardist and musical director) formed the duo 'Ethnos Atramo' in 2009. Since then, his rise in the world of music has been unstoppable.

They opt for world music, drink from the tradition of Eastern Europe, Russia, North Africa or Iran, and "we respect that tradition in terms of harmonies and lyrics but bringing it to the 21st century: we combine tradition with avant-garde," he explains. Peppa. With this they achieve a very particular sound and identifiable with 'Ethnos Atramo', which fuses electronic synthesizer music with the cultural roots of folk in a surprising way.

Gabriel and Pepa, as heirs to the tradition and essence of the Three Cultures, “we feel very happy and honored to bring these traditions to this century, so that the young generations can also enjoy and know where our roots come from. This is our job, we dedicate ourselves body and soul to music and literature».

Thus, according to the prestigious magazine 'Diario Folk', the album by the Toledo duo is among the 25 best folk works of the entire Iberian Peninsula, and in recent years they have participated in international festivals in which the culture of different countries is mixed from all over Europe and North Africa with that of Spain. On May 28, 'Ethnos Atramo' will participate in Úbeda in the 'Concerts of the Synagogue of Water', after performing at the 'Frigiliana 3 Cultures' or the 'Sephardic Music of Córdoba' festivals, forums all very « select".

«Our way of understanding this music, not only Sephardic music but also Hebrew music in general, Andalusian music, the music of the Palacio Musical Cancionero, Celtic music, from northern Europe...has caught on very well among cultural programmers, although you have to fight a lot and there is a lot of competition, with wonderful groups", says the singer, who qualifies Navalón as "a genius of electronic music", who composed the soundtrack for a short film commissioned by a Danish production company in March, and now he has another project with them that he will start working on in June,

As for her literary project, Pepa G. Lillo published a novel in 2019, 'Where there were no wolves' (Eirene publishing house), an epic about the eternal struggle between good and evil that narrates the journey of a series of characters who they have to fight against a plague of witches and where the wolves have a very important role.

The novel, with old-style drawings by Pepa and final art by Gabriel Navalón, has been very successful and a second one is awaiting publication by the same publisher. The artist is now immersed in a third novel. 'Ethnos Atramo' already has two albums on the market and a new one is coming out this year. The recordings are made in her own studio in Toledo, called 'Cristal de utopías'.

1 Independence students are chained before the Government... 2 This is the ATP ranking after Djokovic's triumph... 3 UMA Antequera stars in the greatest feat of Spanish... 4 The war leads Europe to the largest trade deficit... 5 McDonald's withdraws entirely from Russia 6 The RFEF ensures that Rubiales' trip to New York... 7 They find the 10-year-old girl who had disappeared... 8 The RFEF denies that Rubiales' trip was private:... 9 Gotzon Mantuliz fulfills one of his dreams as a child... 10 War in Ukraine: McDonald's withdraws entirely... 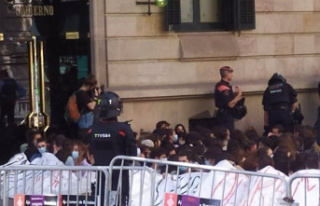 Independence students are chained before the Government...