The BeSoccer CD UMA Antequera is from this Sunday the history of Spanish futsal. 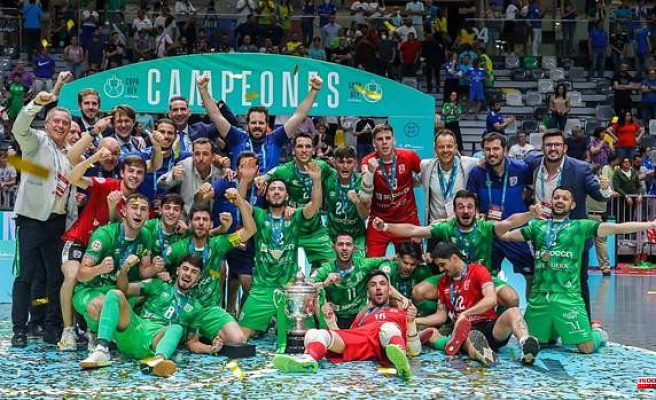 The BeSoccer CD UMA Antequera is from this Sunday the history of Spanish futsal. The Andalusian team, which currently plays in the second RFEF, was proclaimed champion of the Copa del Rey after beating Viña Albali Valdepeñas (3-2) in the final of the tournament, which after several lost occasions seemed destined to finally win his first title in the elite.

The university team won the 12th edition of the tournament after beating the wine team and after leaving four other top-flight clubs on the way to the final at the Olivo Arena in Jaén. Curiously, his journey in the Copa del Rey began with a narrow victory in Coín against UD Coieña FS by 3-2, but later he would leave the first four in the ditch: Burela FS, Fútbol Emotion Zaragoza, Ribera Navarra FS and Industrias Santa Coloma .

That of the Malaga team becomes the greatest feat of modern futsal in Spain, surpassing the two Spanish Cups conquered by Jaén Paraíso Interior (the first of them recently promoted to the highest category) or the league final played by Valdepeñas recently against Barcelona.

The difficulty of the company is better understood when the numbers of the competition are reviewed, which, in its first eleven editions, had only won three teams: Barcelona (7 titles), Movistar Inter (2) and ElPozo Murcia (2), the three great of Spanish futsal. Names to which Antequera joins its shield from this Sunday.

In the absence of the usual candidates, eliminated in previous rounds, whoever won the Final Four played in Jaén, the tournament would write the name of a new winner in his record. Like Antequera, neither Jaén, Valdepeñas nor Industrias García had lifted this Cup, but any of the three appeared in more pools than the team led by Tete. The Jaenenses, the last team that had managed to separate the big three from a national title, played at home. Valdepeñas, on an upward trajectory in recent years and wisely directed by David Ramos, had touched a league that only the powerful Barça could take away from them. And Industrias was facing a new assault on a tournament that he had already brushed with his fingertips recently. But the forecasts were blown up this past weekend.

Like against Industrias in the semifinals, Antequera had to come from behind in the final. Valdepeñas took the lead after six minutes with a great shot from Lazarevic, but Miguel quickly equalized, demonstrating the mental strength of the Antequera side. David Velasco took advantage of a loose ball to make it 2-1 in the ninth minute and just before the break it was 3-1, thanks to Burrito's skill and Óscar's accuracy.

Valdepeñas turned in the second half in search of the tie, but did not get the 3-2 until there were two minutes left before the horn sounded, through the Brazilian Humberto. However, David Ramos' men were unable to move the scoreboard again, thanks to Antequera's magnificent defensive performance, which certified the victory and the greatest feat of the Malaga club in its 35-year history.

In addition, with the victory at the Olivo Arena in Jaén, UMA Antequera secured its presence in the Spanish Super Cup for the 2023/23 season together with Barça, champion of the Spanish Cup and the previous edition of the Super Cup. A tournament in which they will not start as favorites either, but in which no one will be able to rule them out as possible winners after what was seen this Sunday.

1 The war leads Europe to the largest trade deficit... 2 McDonald's withdraws entirely from Russia 3 The RFEF ensures that Rubiales' trip to New York... 4 They find the 10-year-old girl who had disappeared... 5 The RFEF denies that Rubiales' trip was private:... 6 Gotzon Mantuliz fulfills one of his dreams as a child... 7 War in Ukraine: McDonald's withdraws entirely... 8 The Government still does not send Brussels the plan... 9 Spain and Morocco reopen their borders after two years... 10 Ukrainian forces advance to the Russian border in... 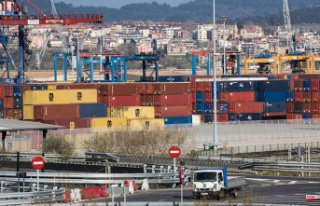 The war leads Europe to the largest trade deficit...