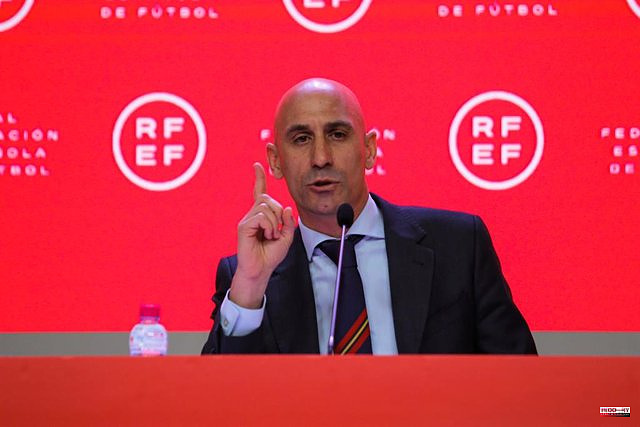 The Royal Spanish Football Federation (RFEF) has assured this Monday that the trip made by its president, Luis Rubiales, to New York in the fall of 2018 was "institutional, work and in search of more income" for the organization, according to a RFEF statement.

"This information is false. The journalist has not verified this information and has a single forced, false and malicious version. The trip to which the news refers was institutional, work and in search of more income for the RFEF," said the RFEF text about the news published by El Confidencial that affirms that Rubiales paid with money from the organization a "six-day pleasure trip" to New York.

From the RFEF, they insisted that the Federation paid for that trip, in the fall of 2018, to Luis Rubiales and the also federative Juan Rubiales, at that time director of the Cabinet, and Antonio Gómez-Reino, director of Institutional Relations.

"There was a large work agenda closed in advance, facts that will be accredited at the headquarters where appropriate, thus responding to the slander in this new chapter of this campaign of harassment and demolition against the president and his team. It can be shown that the document published by this newspaper is manipulated with the intention of making it appear that the trip was personal to Luis Rubiales," the statement said.

The RFEF accused the media of "crossing out the name of the president's federative companions", and "using an intimate photo", in what they have described as "a new attack on journalistic ethics". "A personal photographic file that has been stolen through a robbery is republished and is being investigated," he added.

El Confidencial published this Monday that Rubiales did not travel to New York to hold working meetings with representatives of the United Nations and Major League Soccer (MLS), the United States soccer league, as scheduled, but rather, according to this media, Rubiales spent that week sightseeing with a Mexican painter with whom he had a romantic relationship.

The RFEF pointed out that there is "bad faith" in publishing this "false news" this Monday, before the decision on the precautionary measures, "with the aim of trying to influence the judge's decision." "Last Wednesday the request for precautionary measures should have been decided in Court 1 of Pozuelo de Alarcón, but they did not take place because a postponement was requested by the lawyer of El Confidencial, deciding that it be held today. If these occur precautionary measures, this illegally obtained information would be prevented from being published," the statement concluded.

1 They find the 10-year-old girl who had disappeared... 2 The RFEF denies that Rubiales' trip was private:... 3 Gotzon Mantuliz fulfills one of his dreams as a child... 4 War in Ukraine: McDonald's withdraws entirely... 5 The Government still does not send Brussels the plan... 6 Spain and Morocco reopen their borders after two years... 7 Ukrainian forces advance to the Russian border in... 8 They find the leader of the Castellón sect dead in... 9 EU opens helpline for Ukrainians and Russians fleeing... 10 Deaths from covid rebound in the Basque Country with... 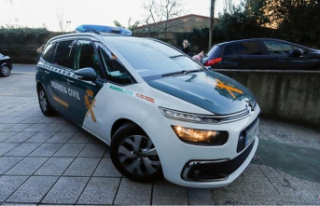 They find the 10-year-old girl who had disappeared...