The opposition did not get the 92 votes it needed to remove President Guillermo Lasso; there were only 84 of the 137 that make up the National Assembly (Parliament). 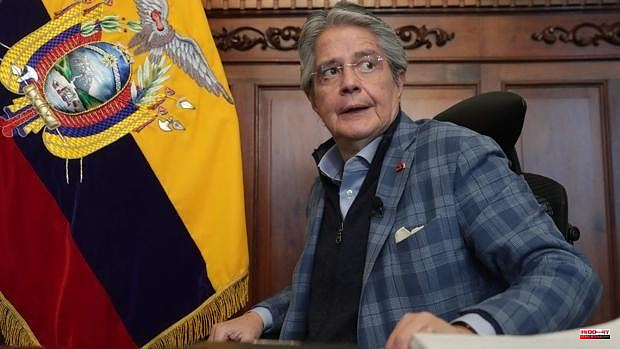 The opposition did not get the 92 votes it needed to remove President Guillermo Lasso; there were only 84 of the 137 that make up the National Assembly (Parliament). The president of Ecuador has passed the most difficult political test of the 13 months of his government, although the streets continue to be lit by the indefinite national strike called by Conaie, which began on June 13.

The motion to dismiss the president came from assemblyman Fernando Cedeño of Unión por la Esperanza (UNES), former president Rafael Correa, who has been pointed out as the instigator of the attempt, having infiltrated the indigenous mobilizations to create the "serious crisis politics and social unrest”, stipulated in art.

130.2 of the Constitution as a cause to remove the President from power, and force the succession. In favor of Lasso, the blocs of the official BAN (Bancada Accord Nacional) voted; the Christian Social Party (PSC), an ally in the campaign, the majority of the Democratic Left (social democracy) and the independents, added 42, and there were 11 abstentions.

Lasso has not been able to celebrate this victory because the mobilizations called by the Confederation of Indigenous Nationalities of Ecuador continue, and the dialogue was broken by the Government, after a convoy guarding fuel tankers in Shushufinde, in the Amazon, was attacked, early Tuesday morning, and a soldier died; In addition, there are 12 uniformed Police and Armed Forces injured.

The president addressed the Nation, after noon, to announce that they will not sit down again to talk with Leonidas Iza (president of the Conaie) of whom he said "he only defends his political interests and not those of his bases", and asked indigenous people to designate a new interlocutor.

Until the night before, the Minister of Government, Francisco Jiménez, and the Secretary of the Administration, Iván Correa, had met with the indigenous leaders for more than six hours, in the presence of the heads of the Powers of State, and there were large progress. The Executive had accepted more requests and it seemed that the agreement was coming, so they agreed to meet again the next day, at 9:00; but the events in the Amazon precipitated the rupture.

At this point, everything is uncertain, while there are cities with markets and stores devoid of food and hospitals that ran out of oxygen, such as the Vicente Corral, in Cuenca, which has had to cancel scheduled surgeries, because the roads are blocked; furthermore, in Quito, while the Assembly was voting, there were caravans of vans and trucks that circulated in various sectors, with people getting out to hit passers-by with sticks, sowing fear.

Although he has retained power, governance for Guillermo Lasso looks complicated; with an opposition majority in the National Assembly, his room for maneuver is minimal; In addition, he has lost political muscle, in a country in which seven out of 10 do not have a job; public hospitals do not have medicines, and the road network has been seriously affected by a prolonged and intense winter, while social demands increase. The pandemic and the Russian invasion of Ukraine have weakened the export sector and made several products more expensive.

In the first months of his presidency, Lasso was recognized for his successful vaccination program, but he did not take advantage of it, politically, to make urgent decisions; today, although he boasts of having put "the house in order", the good economic figures do not flow and discontent is growing. He needs to deal not only with the macro, but also with the microeconomics, comments the former vice president of Ecuador, León Roldós, to ABC, who considers that "it is also necessary to forget the bitterness and arrogance to govern." Observers agree that Lasso should take over from the presidential circle, which they consider to be out of touch with reality.

1 Jesús Urrea receives "satisfied and proud"... 2 Veganzones fear that inflation will stop the good... 3 Castilla y León votes against the new model of residences... 4 Aguas de Alicante and the Aquae Foundation award the... 5 The deceased of La Palma are still waiting for help... 6 A man hit by a train dies in the Valencian town of... 7 The Generalitat Valenciana formalizes the "cessation"... 8 The Circular tunnel in Valladolid is closed to traffic... 9 Stoltenberg announces that NATO is preparing to make... 10 Prices record a historic rise and the inflation rate... 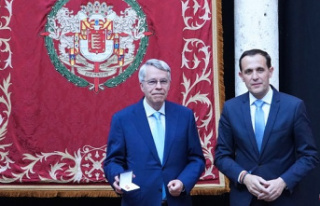