On November 25, 2021, the volcano dealt a strong blow to the island of La Palma by devouring the Las Manchas cemetery, in Los Llanos de Aridane. 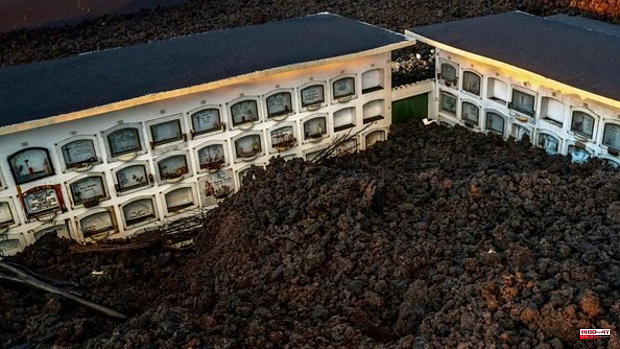 On November 25, 2021, the volcano dealt a strong blow to the island of La Palma by devouring the Las Manchas cemetery, in Los Llanos de Aridane. Partially buried by lava, this is one of the largest cemeteries on the island and included in its facilities the only crematorium on La Palma. The City Council already has a project to recover and expand the cemetery, but they are still waiting for the funds promised by the Government of Spain to complete the work.

The lava reached the Las Manchas cemetery from a new emitting center to the south of the cone, which surprised the residents after more than a stable month.

The Las Manchas cemetery, called Our Lady of the Angels, houses the remains of 3,160 deceased in more than 5,000 niches.

The expansion of the Los Llanos de Aridane cemetery is pending funds from the Government of Spain for contracting the execution of the work that will allow the development of an area of ​​3,838 square meters, with the investment amounting to 1.2 million euros.

As the Councilor for Urban Planning, Manuel Perera, has pointed out, work is being carried out to "continue taking firm steps so that the extension of the municipal cemetery becomes a reality as soon as possible".

The project, he recalled, had already been contemplated before the volcanic eruption, but "it has become essential after a large part of the Campo Santo was affected by the lava flows. The councilor explained that at the moment the Consistory already has the project, «so we are waiting for the funds from the Government of Spain to contract the execution of it, and start with this action«.

Perera has detailed that the works are distributed as follows: 344 niches, 700 columbariums, two toilets, and a storage and maintenance room. Work is also being done to repair the two niche terraces that were partially affected by the lava, and the best solution is being sought, perhaps through an ideas competition, for the area that was completely buried by the lava.

Meanwhile, the Councilor for Cemeteries, Mónica González, confirms that these works are being carried out “with the utmost respect for the affected families” and has recalled the importance of continuing to work with all the administrations together, “because it is “essential” to provide answers, and more «on a subject as sensitive as that of the cemetery, for each and every one of our neighbors«.

1 A man hit by a train dies in the Valencian town of... 2 The Generalitat Valenciana formalizes the "cessation"... 3 The Circular tunnel in Valladolid is closed to traffic... 4 Stoltenberg announces that NATO is preparing to make... 5 Prices record a historic rise and the inflation rate... 6 One in three Spaniards cancel their vacations this... 7 Sánchez: «You have to be empathic with those who... 8 They attack a woman with a knife in an Illescas hostess... 9 The concessions of Finland and Sweden for Turkey to... 10 How are non-contributory pensions after the increase... 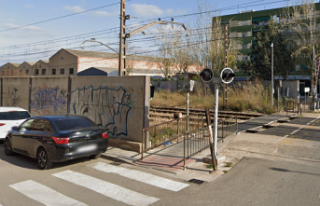 A man hit by a train dies in the Valencian town of...