The emeritus professor of Art History at the University of Valladolid, Jesús Urrea, received yesterday "satisfied and proud" the Province of Valladolid Award for Artistic Career, in a ceremony held in the courtyard of the Palacio de Pimentel, headquarters of the Valladolid Provincial Council. 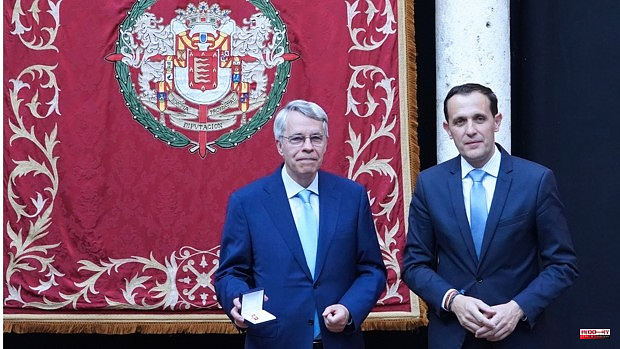 The emeritus professor of Art History at the University of Valladolid, Jesús Urrea, received yesterday "satisfied and proud" the Province of Valladolid Award for Artistic Career, in a ceremony held in the courtyard of the Palacio de Pimentel, headquarters of the Valladolid Provincial Council.

In his award reception speech, Urrea thanked "very broadly" the awarding of the prize both to the Valladolid Provincial Council and to the jury and to Joaquín Díaz for a laudatio that he assured is due to a "long friendship" such as his career dedicated to the history of art, through university education and museums, for "more than 47 years at the service of the Ministries of Education and Culture".

Thus, the winner considered it "enormous luck" to have a "vocation" as a profession that he has developed "from the earliest dates of my life", a moment in which he recalled his beginnings linked to art and its history and all the references that marked his trajectory.

After profusely going through "the itinerary of the line" of his life, Urrea stressed that he always worked as a team, and ended by sending a "loving memory" to his parents, who were an "example of life and work", as well as for his brothers , nephews, wife, children and grandchildren, as well as "significant" friends in a life full of recognition for their work in the study and knowledge of art history.

The Province of Valladolid Award for Artistic Career was awarded to Jesús Urrea for his extensive and intense dedication to scientific study, university teaching and the dissemination of the history of fine arts, as well as for his extensive work in heritage management artistic and in the conservation of the cultural heritage of the province of Valladolid.

At the beginning of the act, the president of the Diputación de Valladolid, Conrado Íscar, who recalled that "today a pending subject is approved for a long time" in relation to the winner, given that "an act of justice is carried out" with Professor Jesús Urrea .

"He is an indispensable person in terms of understanding heritage management and its dissemination," said Íscar, who considered Urrea a "tireless worker and inveterate scholar" with more than a hundred publications, and praised his "critical spirit" before a province and a city that, he lamented, "is little loved".

1 Veganzones fear that inflation will stop the good... 2 Castilla y León votes against the new model of residences... 3 Aguas de Alicante and the Aquae Foundation award the... 4 The deceased of La Palma are still waiting for help... 5 A man hit by a train dies in the Valencian town of... 6 The Generalitat Valenciana formalizes the "cessation"... 7 The Circular tunnel in Valladolid is closed to traffic... 8 Stoltenberg announces that NATO is preparing to make... 9 Prices record a historic rise and the inflation rate... 10 One in three Spaniards cancel their vacations this... 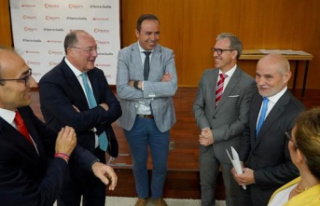 Veganzones fear that inflation will stop the good...