A spectacular accident that occurred early this morning keeps the Delicias tunnel, one of the city's main arteries, cut off, as it links the central Plaza de la Circular with roads such as Paseo Rey Juan Carlos or Avenida de Soria, that connects with the polygon of San Cristóbal. 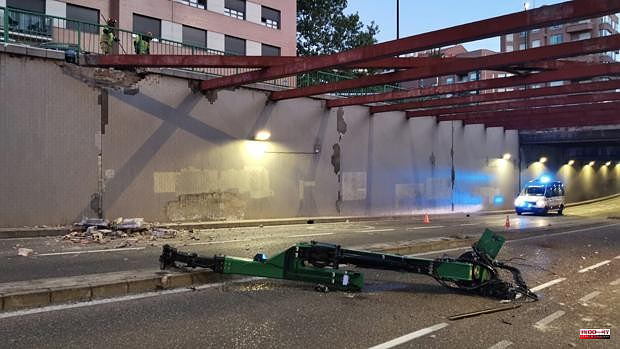 A spectacular accident that occurred early this morning keeps the Delicias tunnel, one of the city's main arteries, cut off, as it links the central Plaza de la Circular with roads such as Paseo Rey Juan Carlos or Avenida de Soria, that connects with the polygon of San Cristóbal.

As detailed by the Local Police on their Twitter profile, the so-called San Isidro tunnel is cut in both directions and the Valladolid Firefighters are acting in the area due to the risk of detachment of the tunnel beams.

Shortly after six in the morning, a truck from the Municipal Cleaning Service that was circulating with the box open collided with one of the beams at the top of the structure, displacing it on other crossbars that support the walls, has also detailed the Mayor Óscar Puente through the social network.

The first mayor also adds that as a result of the impact there have been "significant damages" that they are already evaluating.

The accident occurred in the lane that led to the center, as the vehicle came from San Isidro and was heading towards the Plaza Circular. “It is not yet known how long the tunnel will remain closed,” a police spokeswoman advanced.

At this time, several Municipal Police units are regulating traffic to establish alternative routes. From the City Council it is recommended to avoid circulating in the area.

The Municipal Police have reported that traffic is being diverted towards the Casasola underpass and Auvasa has redirected its affected lines towards the Labradores tunnel, while traffic is being monitored on Paseo de Juan Carlos I and on the VA20 to avoid congestion in the Pajarillos and Delicias areas.

In the case of Auvasa, the affected lines are 3, 17, 18 and 19, although it adds that there are no stops affected.

1 Stoltenberg announces that NATO is preparing to make... 2 Prices record a historic rise and the inflation rate... 3 One in three Spaniards cancel their vacations this... 4 Sánchez: «You have to be empathic with those who... 5 They attack a woman with a knife in an Illescas hostess... 6 The concessions of Finland and Sweden for Turkey to... 7 How are non-contributory pensions after the increase... 8 Former boxer Mike Tyson: "The three years I spent... 9 What are the protocols and what to do if you test... 10 Rueda censures the docility before the Government... 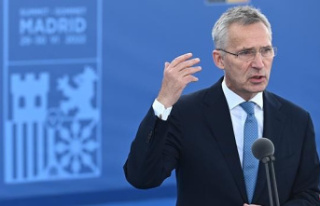 Stoltenberg announces that NATO is preparing to make...