Interior marginalizes the CNI in the new law against terrorist financing 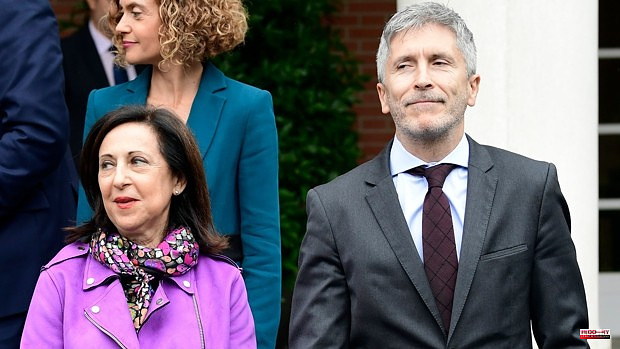 New clash between the Ministry of the Interior and the Ministry of Defense. This time for the role that the National Intelligence Center (CNI) must play in the new organic law on financial information to strengthen the fight against the financing of terrorism, among other serious criminal offenses. The text is already being processed in Congress and frees a series of authorities from needing judicial permission to consult the ownership of bank accounts and deposits opened in Spain. However, these institutions do not include the intelligence services.

This approach did not sit well with Margarita Robles since the CNI today has access to those files, but always with the authorization of a judge.

Defense made a move and demanded from the Interior, in writing, that the Intelligence Center be "expressly mentioned" in article 3 of the law as one of the authorities that will not need that requirement. As an alternative option, he proposed a reformulation of the aforementioned article so that it generically refers to the authorities cited in the law on the prevention of money laundering and the financing of terrorism (among which the CNI does appear). According to the sources consulted, Defense supported this request in an "intense argument".

Interior, however, flatly rejected Robles' request. He countered that the intelligence services are not a police authority or service and that granting them the status of competent authority in the new financial information law would mean "denaturalizing" their functions. He also added that the new law is limited to the field of public security, distinguishing it from the CNI's own national security. And from here he defended that different rulings of the Constitutional Court have considered that public security should be interpreted restrictively. Otherwise, Interior continued, it would cause the "undesirable result that all the regulations" would be public safety.

According to the same sources, the State Council endorsed the theses of the Interior. Thus, the final version of the law keeps the role of the CNI regulated in an additional provision, without the status of competent authority that Robles claimed, and therefore requiring judicial authorization to be able to consult the ownership of bank accounts and deposits. You may also request and receive financial information or financial analyzes from the Executive Service of the Commission, always for the exercise of the functions entrusted to you by the CNI Law.

On the other hand, the regional police with powers to investigate serious crimes, the Office of Recovery and Management of Assets of Justice, the Deputy Directorate of Customs Surveillance of the Treasury, the judges and criminal courts, will not need judicial authorization to access all of this. the Public Prosecutor's Office, the European Public Prosecutor's Office and the State Security Forces and Bodies.

The Government has given birth to this new law as a transposition of a European directive to facilitate the use of financial information for the prevention, detection, investigation or prosecution of criminal offences. This text does not specify which institutions should be able to count on rapid access to bank ownership files, but rather leaves the choice of those chosen among those with competence in the matter in the hands of each State.

The European objective is to accelerate the development of investigations to allow the necessary steps to investigate crimes and the discovery and securing of criminals.

Currently, the Spanish authorities need to have a prior judicial authorization to be able to consult the ownership of bank accounts and deposits, and a subsequent one if they want to access the movements of these financial products. As justified by the Interior, this double authorization means that in many cases "several weeks" pass between the start of the investigation and the possibility of beginning to analyze the financial activity of the person under investigation.

After the approval of the new law, the investigators of the institutions considered "competent" by the Interior will be able to identify the financial product to be investigated, the credit institution and the authorized holders of the account or product, but they will not be able to access balances or movements ( income or transfers). To go beyond ownership, they will need judicial authorization.

Despite the clear specificity of this organic law, the Government has ended up turning it into a potpourri by using it to modify other completely different texts. A maneuver contrary to the normative technical guidelines, which warn that multiple modifications in the same project should be avoided.

From the beginning, the Interior included in one of the final provisions a reform of the law for the protection of critical infrastructures which, in addition to having nothing to do with the fight against crime, has ordinary status and, therefore, inadequate to be regulated by organic law. Once in Congress, the Executive has decided to use the text to reform the regional financing law through the back door with the aim of making ERC happy. Again, introducing a different subject and range. For this, the Socialists have presented amendments with which they accelerate the transfer of the new state waste tax to the autonomous communities, against the criteria of the European Commission. As ABC has learned, this week the lawyers of Congress advised the Socialists to at least change the name of the new law so that it includes all the matters that it has ended up regulating.

1 Florentino equals the Bernabéu legend 2 The club that persecutes itself, the undisputed owner... 3 Courtois, the giant of the Champions 4 Nadal against Nadal, uncle against nephew 5 From the Bernabéu to Cibeles, the iconic route 6 Ardeche. Chestnut Enduro - Helicopter race doctor... 7 Vaucluse. Six verbalizations for urban rodeos at Avignon... 8 Cycling / Alps Isere Tour. Young Alois Charrin, Loris... 9 Flaviac. Ardeche: A teenager who was slightly hurt... 10 North-Isere. Julien Bonnaire is your sports legend... 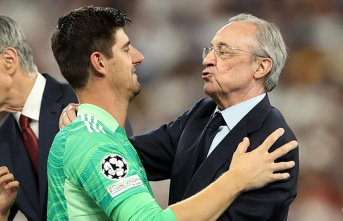