Florentino Pérez is not only one of the most important people in the history of Real Madrid, he is also one of the best living encyclopedias of the white club. 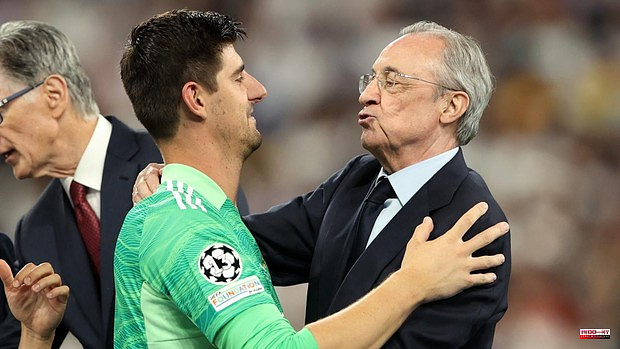 Florentino Pérez is not only one of the most important people in the history of Real Madrid, he is also one of the best living encyclopedias of the white club. Three months ago, when the team played the first leg of the Champions League round of 16 against PSG at the Parc des Princes, the president approached a group of journalists who were watching Ancelotti's team train. It was a relaxed five-minute talk in which he showed his infinite memory for the entity he directs.

Florentino began to talk about the 1981 final, played in that same stadium, its premiere in the Parc des Princes, where the Whites won their first European Cup in 1956 - Florentino was only 9 years old there - and lost the last of the three that have succumbed, 41 years ago against Liverpool.

That defeat of Madrid de los García was painful. Madrid had not played a final for 25 years and ended up kneeling against Liverpool for an avoidable goal in minute 82. Agustín was not fine in covering the goal and that mistake marked the career of the Galician goalkeeper.

"Navajas was not good at the Souness boarding school," a colleague added during the talk, to which the president of Real Madrid refuted him, assuring that it was Kennedy who scored the goal and García Cortés was in charge of covering him up before shooting Agustín: "I remember the vast majority of matches," declared Florentino proudly.

Four decades after that disappointment, Pérez has achieved, precisely in Paris, something that did not even cross his mind at the time: being the president who has won the most European Cups for Real Madrid, together with Santiago Bernabéu, his benchmark time to manage the white club. The victory against Liverpool is Florentino's Champions League number six, the same ones obtained by the Bernabéu. The cap to a season of honors. And that, a priori, it was a transition campaign. With this Champions League, the president of Real Madrid has won 29 titles in the 19 years he has led the white club, and is three trophies away from the 32 at the Bernabéu. If nothing strange happens in the coming years, it will be normal for Florentino to become the president with the most trophies in Madrid's centuries-old history.

An incentive to reinforce sports management that in recent years some fans have not understood, but that the passage of time has shown to be correct. Youngsters like Vinicius, Rodrygo or Valverde are currently fundamental pieces of the team. They arrived very young and have suffered ups and downs, but due to merit and performance they are already among the best footballers in the world in their respective positions. Camavinga has only been here for a year, but he has already shown that he alone is capable of dominating Madrid's midfield

The total commitment to Benzema, the president's right eye, has been the reward for faith and belief in the Frenchman, reciprocated by Karim's transformation since Cristiano's departure. There has only been one person who has never doubted the striker, and that has been Florentino. He did not shake his pulse either when he had to renew the award-winning pair of central defenders formed by Ramos and Varane. He had his risk, but the trio Militao, Alaba and Nacho has been one of the great news of this season. And now Rudiger arrives, another excellent central defender who arrives for free, like the Austrian.

1 The club that persecutes itself, the undisputed owner... 2 Courtois, the giant of the Champions 3 Nadal against Nadal, uncle against nephew 4 From the Bernabéu to Cibeles, the iconic route 5 Ardeche. Chestnut Enduro - Helicopter race doctor... 6 Vaucluse. Six verbalizations for urban rodeos at Avignon... 7 Cycling / Alps Isere Tour. Young Alois Charrin, Loris... 8 Flaviac. Ardeche: A teenager who was slightly hurt... 9 North-Isere. Julien Bonnaire is your sports legend... 10 Here is the recap of the news. The Southern Alps'... 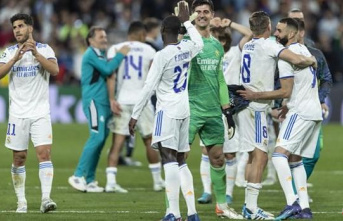 The club that persecutes itself, the undisputed owner...