Nadal against Nadal, uncle against nephew

At the end of 2016, Toni Nadal decided that he would spend more time at home, with his children, with more directing tasks at the Manacor Academy. 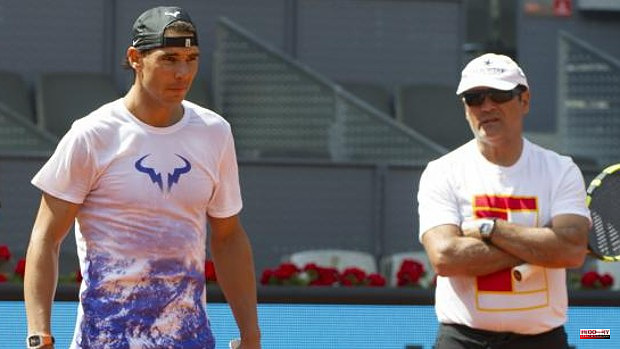 At the end of 2016, Toni Nadal decided that he would spend more time at home, with his children, with more directing tasks at the Manacor Academy. He saw his nephew very well guided and advised by Carlos Moyà and Francis Roig and thought that he was no longer so useful in his position. After a lifetime and 16 Grand Slams, he was leaving Rafael Nadal's coach. The paths of both have continued; together in Mallorca, separately on the circuit, although today (about 3:30 p.m., Eurosport) they indirectly meet again in the round of 16 at Roland Garros, where both have shared a lot of joy.

Rafa Nadal faces Felix Auger-Aliassime, the Canadian who Toni has been advising for a couple of seasons.

A situation similar to the one that Novak Djokovic has already experienced in this same tournament, who faced Alex Molcan in the second round, now advised by his lifelong coach, Marian Vajda. But for the Spanish tennis player the situation is even more emotional, since it is a Nadal against another Nadal. However, for the 5 in the world it is much simpler than it may seem from the outside: «I spoke with Toni after my match against Van de Zandschulp. It's not going to be weird for me at all. For me it is something very simple: Toni is my uncle. I know he doesn't want me to lose, I have no doubts, but he's a professional and he's with another player. I don't know what's going to happen, if he's going to be in his box or not, but I don't care. I have zero problems with that. There is no story for me." Because there are links that go far beyond tennis. «I know what feelings we have one and the other, and what unites us. I know that he wants the best for me, and now he is helping another player. No problem".

His uncle, who last year, in the semifinals against Djokovic, sat in what was always his seat, will not be in either of the two boxes this time. That's how it was in the contract when they started the relationship, because they both knew that this moment would come sooner or later. This was confirmed by Auger-Aliassime on Friday: «It was decided that Toni would watch this match in a neutral place, not opting for any. For my part, I will face this match like any other, focusing on what I can do well. That's how the Nadals are. This is how Rafa described it: «We are family above all. Not just family. We are a family that is always together. We live in the same city, we spend time together at the same academy. We have experienced incredible emotions together.

Auger-Aliassime, 9 in the world, very fast on his legs and also growing a lot on clay, will not have much more advantage to beat Nadal than any other rival, even if the guy advises him. «I have not asked him for any advice, and I don't think there is anything new, we have seen him a lot, we know very well how Rafa plays. If there were secrets to beat him, he wouldn't have conquered thirteen Roland Garros, right? »He joked. Nadal also joked: “A match of this level is what I need right now to test my options. Felix is ​​one of the fittest tennis players, a simple, hard-working boy and a good person, so I wish him the best, but not on Sunday. 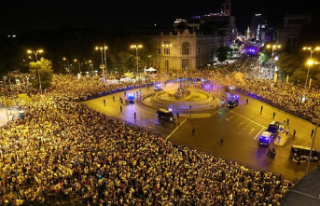 From the Bernabéu to Cibeles, the iconic route