The club that persecutes itself, the undisputed owner of Europe

To win its fourteenth European Cup, 'the fourteen', Madrid had to beat the best teams in English football, the Premier League, the club-states and two of the last three champions of the competition. 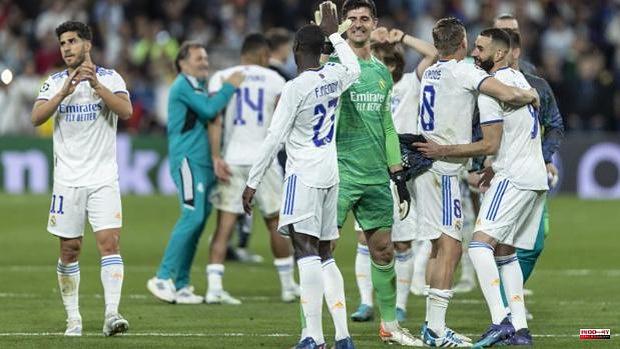 To win its fourteenth European Cup, 'the fourteen', Madrid had to beat the best teams in English football, the Premier League, the club-states and two of the last three champions of the competition. He complied, to the point of implausibility, with his legend of passion and predestination and in some way cited his entire European history, beyond the Champions League, with some comebacks that honored those of the UEFA of the eighties, and avenged the Recopa lost in the 1971 final against Chelsea, one of the few pending accounts he had left. The 14th rounds off and sublimates the history of Madrid, as a concentrate of its best qualities.

With this triumph, Madrid has twice as many Champions as its immediate rival, Milan; It has more European Cups than all of Italy, the same as all of England.

Madrid is the 'country' with the most Cups in the fight with state clubs.

What place does this last title occupy? The modern history of Madrid has three great lustrums. From 1955 to 1960, Madrid won five consecutive Cups, the club's founding legend. From 1998 to 2002, he returns with three in five years. And the last great five years is the recent one, from 2013 to 2018, the conquest of four Champions in five years, three consecutive.

There would be another five years, the fourth in importance, with the five Leagues, UEFAS and Champions semifinals of the Quinta del Buitre, but it remains outside the gold album of the competition with which Madrid defines itself, the one that brings out the best of yes: the European Cup is the border where Madrid makes its history.

Everything has been said about the first five years. It was the Bernabéu's idea, with Di Stéfano, Puskas, Gento, Kopa and company, with few variations and three coaches: Villalonga, Carniglia and Muñoz. This is, without a doubt, the best team in the history of club football, and it set the canon of excellence for the entity with exhibitions such as the 7-3 final against Eintracht in 1960. It is the golden age of Madrid .

Decades later, the club returned to dominate the competition with the Seventh, the Eighth and the Ninth in a period of five years, in alternate seasons. These titles were marked by the opposite. They came together, but they were very different. The Seventh and the Eighth were by Lorenzo Sanz, the Ninth by Florentino Pérez; the Fifth of the Ferraris began and the Galactics finished. There were some threads of continuity such as Del Bosque and part of a backbone, Hierro, Raúl and Redondo (until the Eighth) that came from further back, from Mendoza and the Valdano League.

Those Cups were the crystallization of the Madrid 90s, the capitalization of television rights, and the sale of the Ciudad Deportiva. Madrid went from the 20th to the 21st century transformed, on that team, which were several, in a Competition that was already the Champions League with a group stage. These years left images comparable to the great Madrid of the 1950s: Redondo's backheel at Old Trafford, Zidane's volley in Glasgow or Raúl's long journey from pitch to pitch in Paris...

The next great five years is recent: four Champions in five years since the 2013/2014 season in what we could call the Second Florentinism, based on a first major investment with Ronaldo and Benzema (new Di Stéfano and Puskas) and the drive of Mourinho. If the five of the 50s are the pinnacle of club football, with the numbers in hand, this generation formed the second largest domain in the history of European football, ahead of Cruyff's Ajax, Beckenbauer's Bayern or Milan. of Sacchi.

It would be the silver age of Madrid: Bale's Chilean, Ronaldo's, Ramos' goal... And just as the great Madrid had a sequel in the 1966 European Cup, the Sixth, that of the yeyés, this Madrid has reappeared, with transformations, in the fourteenth Cup. The Sixth came from the presidential and institutional continuity, from a consolidated Madrid itself, and a team transformed according to the plans and style of the Bernabéu, with the continuity of Miguel Muñoz on the bench and Gento on the countryside and a new generation of young people: Amancio, Pirri, Zoco, Velázquez… Similarly, this Madrid of the 14th is the continuity in the more softened and nuanced style of the Segundo Florentinimo; also on the bench, with the return of Ancelotti, and a core of players (Benzema, Modric, Carvajal...) who were already in the Décima, along with a new generation, Camavinga, Valverde, Rodrygo and Vinicius, the yeyés of now. The team is and is not the same, it is partially renovated, two generations live together, but there is institutional and managerial continuity. Madrid perpetuates a certain management style: Ancelotti, Zidane, Del Bosque, Heynckes, Muñoz...

The yeyé took the 50s to the pop of the 60s; the Galaxy pushed the Ferraris and the "Ferrari of the goal" that Raúl was into the 21st century, and now the 14th extends the II Florentinism in another decade, elevates it very close to the myth of Di Stéfano and Bernabéu and brings another trophy to a transforming stadium. Madrid has lifted European Cups in six different decades and now, with a barn full of titles for the future, it fights against the States, and continues to win.

1 Courtois, the giant of the Champions 2 Nadal against Nadal, uncle against nephew 3 From the Bernabéu to Cibeles, the iconic route 4 Ardeche. Chestnut Enduro - Helicopter race doctor... 5 Vaucluse. Six verbalizations for urban rodeos at Avignon... 6 Cycling / Alps Isere Tour. Young Alois Charrin, Loris... 7 Flaviac. Ardeche: A teenager who was slightly hurt... 8 North-Isere. Julien Bonnaire is your sports legend... 9 Here is the recap of the news. The Southern Alps'... 10 Ukraine: War. Live: "The army decimates the city"... 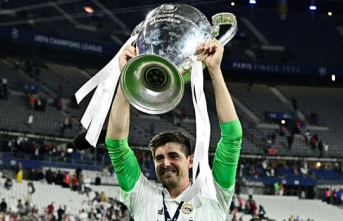 Courtois, the giant of the Champions