Queen Elizabeth II was cheered on Sunday evening when she appeared at a horse show in Windsor, the first major event of her platinum jubilee celebrating 70 years of reign. 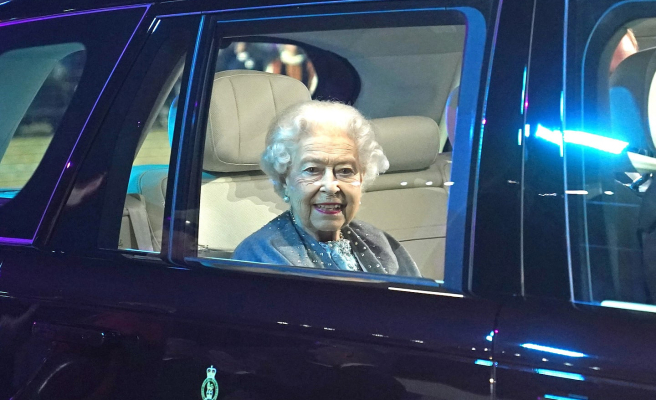 Queen Elizabeth II was cheered on Sunday evening when she appeared at a horse show in Windsor, the first major event of her platinum jubilee celebrating 70 years of reign.

• To read also: Prince Charles in Canada, in a delicate period for the monarchy

Passionate about horses, the 96-year-old queen appeared smiling, moving with a cane on the red carpet, to attend the show “A Gallop Trough History” (a gallop through history), bringing together 500 horses and 1,300 artists.

Since she experienced health problems in the fall, which led to a night of hospitalization following examinations, the nature of which has never been specified, the Queen's public appearances have been scrutinized.

These last few months have been marked by the chronicle of cancellations and its presence at major public events. She had also been infected with the coronavirus in February.

Show commentator Omid Djalili joked that he thanked the Queen for choosing the event over the opening of Parliament last Tuesday.

She was replaced there for the first time by Crown Prince Charles, 73, bringing a new sign of the transition underway for the British monarchy under the effect of his health problems.

Due to difficulties in getting around and on the advice of her doctors, Elizabeth II had given up delivering the traditional speech from the throne marking a new parliamentary session, for only the third time in 70 years of reign.

His absence had revived questions about his participation in early June at the platinum jubilee celebrations.

The Sunday evening show was part of the Windsor Horse Show, a prestigious equestrian competition where the Queen had already visited on Friday.

Several of his horses competed including Balmoral Leia, a five-year-old gray mare, who won and was later crowned supreme champion.

1 The advance of the Toledo POM will be presented, finally,... 2 Masterchef 10 burns its own failure: La 1 broadcasts... 3 Five young people injured, four of them minors, when... 4 The Ceuta border is spruced up for opening a year... 5 Fourteen Spaniards in the iQFoil European Championship 6 Price of electricity, tomorrow May 17: the cheapest... 7 COVID-19 in North Korea: Kim castigates health authorities... 8 Zelensky dismisses the head of the Territorial Defense... 9 Inflation, economic slowdown... the war in Ukraine... 10 War in Ukraine: part of the border with Russia taken... 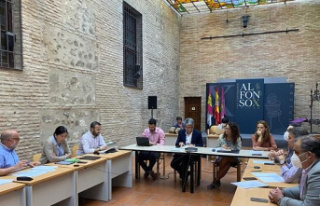 The advance of the Toledo POM will be presented, finally,...