Masterchef 10 burns its own failure: La 1 broadcasts this Monday, May 16, the program recorded in Valencia

The fifth program of Masterchef 10, the popular cooking talent of Televisión Española, will travel to Valencia in a installment -which is broadcast this Monday, May 16 at 10:10 p. 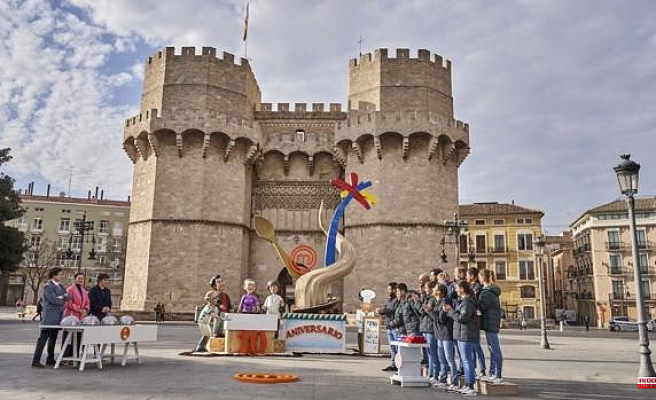 The fifth program of Masterchef 10, the popular cooking talent of Televisión Española, will travel to Valencia in a installment -which is broadcast this Monday, May 16 at 10:10 p.m. on La 1- recorded during the Fallas last March.

The menu that the contestants must prepare in the team event -and 80 passionate falleros will savor- will be designed by chef Vicente Patiño (two Repsol soles).

In addition, for this very special celebration, Masterchef will also have its own falla, which will be burned in front of the Torres de Serranos.

As reported by the Generalitat, Turisme Comunitat Valenciana has collaborated in the organization of the test, held in the historic center of the city, to reinforce the enhancement of the region's gastronomy "as an experiential product that adds value".

This action is part of the marketing and promotion plan for the Comunitat Valenciana destination, managed by the Zenithbr media agency, which through the L'Exquisit Mediterrani brand aims to make visible the strength of the territory in the food and wine field.

1 Five young people injured, four of them minors, when... 2 The Ceuta border is spruced up for opening a year... 3 Fourteen Spaniards in the iQFoil European Championship 4 Price of electricity, tomorrow May 17: the cheapest... 5 COVID-19 in North Korea: Kim castigates health authorities... 6 Zelensky dismisses the head of the Territorial Defense... 7 Inflation, economic slowdown... the war in Ukraine... 8 War in Ukraine: part of the border with Russia taken... 9 Burkina: forty dead in three attacks by suspected... 10 Spanish Championship: "Griezmann will stay next... 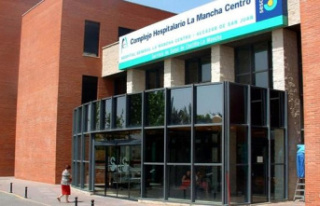 Five young people injured, four of them minors, when...