The Tarajal border in Ceuta is getting ready this Monday for its opening. 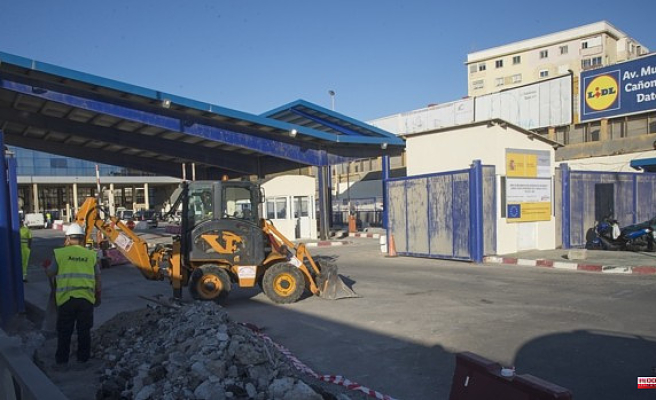 The Tarajal border in Ceuta is getting ready this Monday for its opening. At 00.00 hours this Tuesday the opening will be effective. Just one year after Morocco caused a humanitarian crisis in Ceuta by opening the passage between the two countries. He did it in retaliation for the reception of the leader of the Polisario Front, Brahim Gali, in Zaragoza to cure himself of coronavirus. That crisis with more than 12,000 people stranded in the Autonomous City continues to have unfinished business, but after the transfers of Pedro Sánchez with Western Sahara, relations are now normalized with the opening of land borders. The only ones left to recover.

Starting this morning, a “gradual” opening will begin in several phases.

There will be no workers and no goods. "Not a bag of tomatoes," said Salvadora Mateos, Government delegate in Ceuta at a press conference this Monday. According to the agreement with Morocco, only those who are European or Moroccan with an external visa will pass through Spain. All those who have a passport will be able to leave Ceuta.

The Government Delegation has explained that traffic will be “very controlled”. The Ministry of the Interior has made a reinforcement of troops to check anyone who wants to go from one place to another. "For several days there have been people who have been coming to ask when and how they can cross," explains a civil guard at the same pass, where the Security Forces add that at midnight there will be many people who want to cross to the other side. . "There are queues on the Moroccan side," these agents explain.

When many of the children thrown into the sea in Ceuta on May 17 are still in the Piniers reception center, the Tarajal ships have not yet been dismantled and the works continue, the gate for transit is opened. It is done after two years closed. Mohamed VI closed the border due to the pandemic and did not reopen it to punish transfers to the Polisario Front.

Now it will come back to life. And for that purpose, the passage between Spain and Morocco dresses long, like those fairs or events that finalize last minute details. Operational services paint curbs and flower beds. The gardens are watered by the operators, while others do small works. Water evacuations are opened and operators unload machinery to speed up the passage.

But it will be done without cross-border workers. Workers who live on one side of the border and work on the other, most of them Moroccans in companies in Ceuta or at home as domestic servants, will not be able to do so until May 31. That is when the way will open for them. Something you didn't like. They feel betrayed after the announcement that they would be the first to cross, but now they find themselves relegated. "It is a time for them to regulate their documents," explain the authorities without convincing the group much.

1 Fourteen Spaniards in the iQFoil European Championship 2 Price of electricity, tomorrow May 17: the cheapest... 3 COVID-19 in North Korea: Kim castigates health authorities... 4 Zelensky dismisses the head of the Territorial Defense... 5 Inflation, economic slowdown... the war in Ukraine... 6 War in Ukraine: part of the border with Russia taken... 7 Burkina: forty dead in three attacks by suspected... 8 Spanish Championship: "Griezmann will stay next... 9 The City Council offers 1,319 places to conciliate... 10 The Thermal Social Bonus has benefited 23,788 people... 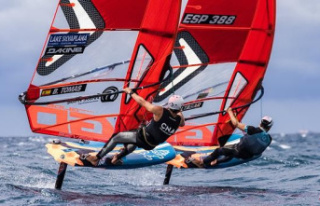