Gun store that sold guns to Texas killer Salvador Ramos: 'Get out of here immediately' 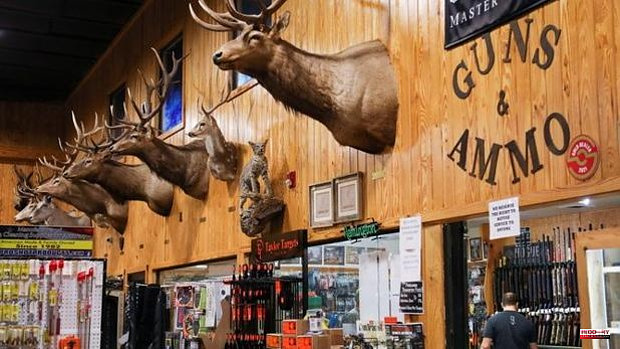 Salvador Ramos turned 18 on May 16. He celebrated the next day with a visit to Oasis Outback, a department store in Uvalde, Texas, with sports and outdoor gear, camping and hunting gear, and a gun store. According to authorities, that's where he bought an assault rifle. The next day, abundant ammunition. And, to the other, a new assault weapon. A few days later, he unloaded one of them against a fourth-grade class at an elementary school in his town. He killed 19 children and his two teachers, in the latest tragedy of gun violence in the US.

He was of legal age, almost the only requirement to access these military-style weapons and which appear recurrently in this type of massacre. It didn't matter that he had obvious mental health and sociability problems, that he had recently developed violent behavior, or that he had self-harmed. None of this is recorded or asked when someone is going to buy a rifle, a custom in Texas, with a well-established culture of firearms ownership.

The facility that Ramos had to buy a weapon did not have for ABC to enter the establishment or to speak with those responsible. "Do you need anything?" A clerk of the establishment asked this newspaper, aggressively, as soon as he got out of the car in the parking lot, where there were only half a dozen station wagons up to the top of mud.

"Get out of here immediately," was the response of the clerk -hunting clothes, a flat cap- after identification as a member of the press. “If you are recording or taking images, I will call the police,” he continued. Faced with the denial that this was happening and the request to speak with a person in charge of the establishment, the clerk insisted: «Get out now. This is private property and we can decide who gets in. Get outside the boundaries of the establishment.” The clerk also did not allow this journalist to take pictures of the business from the parking lot.

The elementary school massacre has reignited a national debate about limiting access to guns. Especially assault rifles like the ones hanging on the walls of this shop's armory.

Oasis Outback was under investigation years ago in an ammunition smuggling case. The establishment sold more than 10,000 units of ammunition to an Eagle Pass (Texas) businessman who later distributed them to drug cartels in Mexico. Uvalde is just over an hour from the Piedras Negras border crossing.

An anonymous person in charge of Oasis Outback assured this week to 'The New York Times' that the establishment was cooperating with the authorities in the investigation of the shooting at the Uvalde school.

1 The Royal Family received 307 gifts in 2021: a miniature... 2 Canary Islands registers two negative cases and reports... 3 Without variation in the salaries of the twelve senior... 4 Real Madrid's incredible journey to the final 5 A Spanish and a French mountaineer die in the Alps... 6 The Airef affects the lack of transparency of the... 7 The greatest of poet kings 8 Parents arrested in Valencia for beating their twelve-year-old... 9 These are all the winners in the First Edition of... 10 The Diputación de Alicante makes the third batch... 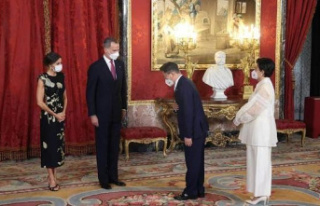