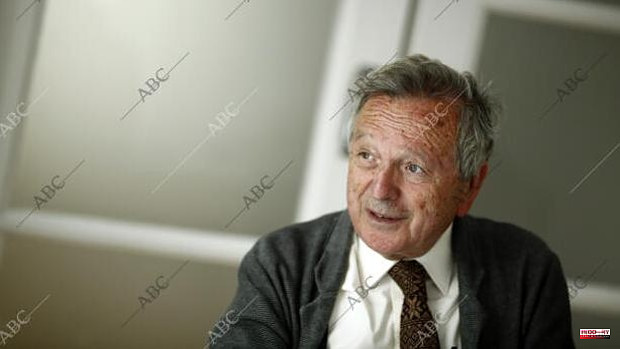 In Category 1, the Coacm Prize for Architecture, and in the New Homes section, the distinction goes to 'Villa Icaria', the work of Fernando Orte, Cristina Manene and Omar Miranda. The jury considers a good contemporary adaptation of vernacular architecture and the constructive use of local materials.

As for New Construction for Other Uses, the award goes to 'Multipurpose Building', whose authors are Miguel Díaz Martín, Ana Hernández Moreno and Pablo Junquera Medina.

In it, and on a difficult plot, the architects have achieved a good integration with the surrounding public space. The jury has valued its fragmented volumetry that makes architecture of the void.

Finally, in the Rehabilitation section, the award goes to the 'Hotel Posada de la Sillería', the work of Jesús Gómez-Escalonilla and Benjamín Juan Santágueda (San Lorenzo SLP Architects). The jury has valued in the intervention a good restoration work that revitalizes the innate cultural values ​​of the building.

Category 2, the Coacm Prize for Urbanism and Landscape has been deserted. Given the importance of this category in the work of architects, the jury regrets that in this call there have been no suitable proposals to qualify for the award.

In Category 3, Emerging Coacm Award, for architects under 40 years of age (2021), in New Construction, the award goes to 'Casa JA!', by Bizna studio, formed by Pedro Torres García-Cantó and Rocío García Peña . The simplicity of the proposal reinforces the traditional image of a home. The jury appreciates, in an emerging work, the containment of the project and its sensitivity in the use of materials.

And, in Rehabilitation, the Prize goes to 'Casa de la Sirena y Casa Bajada a San Pablo', by Javier Redondo Soria, a heritage intervention that reinforces the stability of one of the most iconic elements of Cuenca, which not only maintains the use of the building, but also translates it into a contemporary language.

In Category 4, the Miguel Fisac ​​Coacm Award goes to 'House in Playagranada', by Ángel Luis Lorenzo Medel, architect, and Fernando García Navarro, quantity surveyor, from ACRO Arquitectos e Ingenieros SLP. It is an organization of volumes that responds to its program, compacts towards the outside due to climatic conditions and is permeable inside, also valuing a low-cost construction.

Category 5, the Coacm Prize for the Dissemination of Architecture, has distinguished, as Article, the great compendium of research work reflected in publications and scientific articles of which the jury stands out, for its relationship with the College community, ' The Labor University of Albacete (1974-75)', a forgotten episode in the architectural legacy of Julio Cano Lasso, carried out by Mª Elia Gutiérrez Mozo and her team.

As Book, the Jury recognizes the title 'Miguel Fisac: Furniture', which promotes the study and investigation of the lesser-known work of this architect from La Mancha, valuing the work of Diego Peris Sánchez and his team, made up of Diego Peris López and Javier Navarro Gallego. His work promotes the custody, cataloging and restoration of the documentary archive of Miguel Fisac.

In Category 6, the Extraordinary Cocam Award, for works completed between January 1, 2010 and December 31, 2019, convened to recognize the work of architects in all the years in which there has been no Architecture award in the region. , in New Housing Projects, the award goes to the 'Residential Building on Octavio Cuartero Street' in Albacete, by Francisco Candel Jiménez (architect), with Eduardo Armero, Fernando Torres and Francisco López Candel (technical architect), as collaborating architects. It is an urban intervention between party walls that is very respectful of the adjoining protected building, using efficient and innovative construction systems.

As for New Construction for Other Uses, the jury distinguished the 'Ibernergi Corporate Headquarters, Gas Natural - Unión Fenosa Training Centre', by Ignacio Román Santiago, Daniel Martínez Díaz and Julio Rodríguez Pareja, an office building in which values ​​the careful design of the work spaces, with criteria of sustainability and climate control.

And, in the Rehabilitation section, the 'Extension and Rehabilitation of Housing in Poblado Obrero de Toledo' has been recognized, by Estudio AMA made up of Francisco Javier Alguacil San Félix and Luis Moreno Domínguez. In an environmentally protected working-class neighborhood, an intervention is carried out that achieves a balance between a current language and the pre-existing one, maintaining the essence of the area.

In Urbanism, in this same Category 6, the 'Rehabilitation and environmental recovery of the Callejón de San Pedro' in Toledo, by Jesús Corroto Briceño, will be distinguished. It is an effective intervention in the San Pedro alley carried out through citizen participation with great sensitivity, fluffing up the public space with the help of private spaces.

The Jury has also given a Special Mention to two institutional buildings: the Ministries of Social Welfare and Health, by Francisco Sánchez de León and Juan Luis Fernández-Roldán, and the Ciudad Real Bar Association, by Federico Pérez Parada and Alberto Pérez Parada .

In Category 7, the Coacm announced a few days ago that the Coacm Distinction of Honor Award for Professional Career will be awarded to Rafael Moneo Vallés, in which it was the only and unanimous proposal of the Board of Directors.

The awards ceremony will be held on June 9 at the Luis Arroyo Assembly Hall in Ciudad Real.

In total, 97 applications were received correctly, and 97 applications have been evaluated, between architectural projects and proposals of another nature, such as those referring to the dissemination of Architecture or the distinction of honor for professional career. The Coacm will hold an exhibition with all the finalist and winning proposals that will rotate through all the provincial demarcations of the school in the coming months.

1 The Diputación de Alicante makes the third batch... 2 They investigate a shooting in broad daylight in the... 3 The Army opens the doors of the El Bruc barracks throughout... 4 Climate: The G7 has pledged to end foreign fossil... 5 TotalEnergies AG: Pompili is 'extremely stunned'... 6 Walnut Charlotte is the recipe 7 Unusual: He eats a kilo duck breast in five minutes.... 8 New US sanctions following the latest North Korean... 9 Berlin warns that Chinese loans to poor countries... 10 Hourtin, the "black memory", of Aquitaine's... 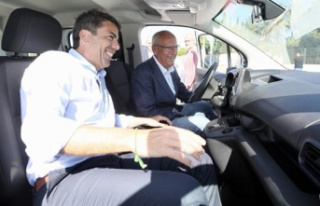