After ten seasons driving a Mercedes, and sixteen years driving in Formula 1 (always with a Mercedes engine, as he also had one at McLaren), Lewis Hamilton has found the match for his shoe. 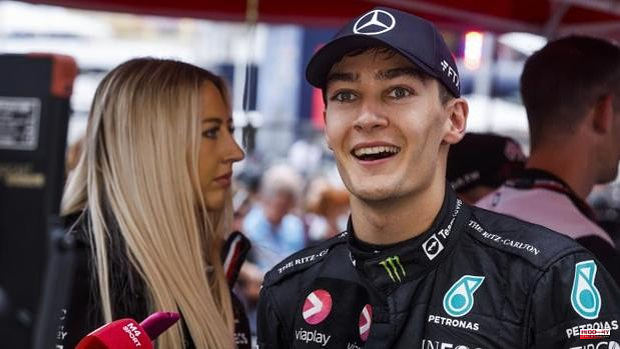 After ten seasons driving a Mercedes, and sixteen years driving in Formula 1 (always with a Mercedes engine, as he also had one at McLaren), Lewis Hamilton has found the match for his shoe. A teammate who clearly beats him and who has put him on the ropes in the inevitable comparison that works in F1, according to which a driver's first rival is always his partner since he drives the same car. George Russell is the person who brings Hamilton down.

Russell's sequence since racing for Mercedes (starting in 2022) offers little doubt as to his consistency and reliability behind the wheel. Fourth in Bahrain, fifth in Arabia, third in Australia, fourth in Imola, fifth in Miami, third in Spain and fifth in Monaco.

Probably the most regular rider on the current grid. A tough guy who has beaten Hamilton in every race except the first (the seven-time champion was third in Bahrain).

In all the grands prix of the year, Russell has improved his final result compared to his grid classification on Saturday. And consequently, his rise in the Drivers' World Championship is remarkable, despite the fact that Mercedes seemed to be a pit of problems from the start of the championship. Russell has 84 points and Hamilton has 50.

«He is very precise when placing his car -says Fernando Alonso-. When you are following him, you see that he is on the limit, but he does not make mistakes. He just stays on the edge. And he is a very clean runner; he knows what is going on around him, which is not the case for many pilots».

Alonso's praise is the one that has been repeated in Formula 1 since the 24-year-old Briton appeared on the grid with Williams and later when he moved to the champion car, Mercedes, replacing Valtteri Bottas, the Finn who was a squire more than an adversary for Hamilton.

Both Bottas and Russell share a representative. It is the head of Mercedes, Toto Wolff, who has supervised Russell's sports career since he won the F3 championship in 2017, the third category of single-seaters. The following year (2018) Russell conquered the prelude to Formula 1, F2, and climbed into one of the slowest cars on the grid, the Williams.

“He has integrated very well, it is almost as if he has been with us forever. I'm very happy with the two of them, how they interact, how respectful they are to each other," said Toto Wolff.

Russell has been a member of the Mercedes young driver program since 2017 and to date has not been surpassed in Formula 1 by any of his teammates (Robert Kubica in 2019, and Nicholas Latifi in 2020 and 2021).

Russell is taking his first steps with Spanish because of his relationship with the Spanish Carmen Montero, a 22-year-old from Jerez who lives in London, where she has studied business management and finance.

1 Will I be able to work when I finish my master's... 2 Vocational Training is no longer the last in line 3 The ten mistakes you should never make when deciding... 4 The first steps in the infinite possibilities of virtual... 5 More than 25 years training great professionals online 6 The fate of Donbass is played out in Severodonetsk 7 Ten Dominicans stab an African shouting: "Fucking... 8 Prevention is better than cure: the keys to the new... 9 Galeruca, black fly or tick: the pests that make summer... 10 Montero's Covid funds mask a hole of 10,000 million... 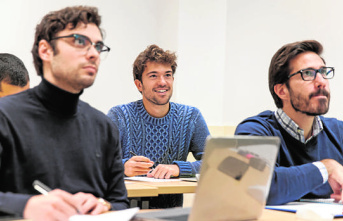 Will I be able to work when I finish my master's...