University education represents an important change for the student and there are many decisions that he has to make to face his new stage. 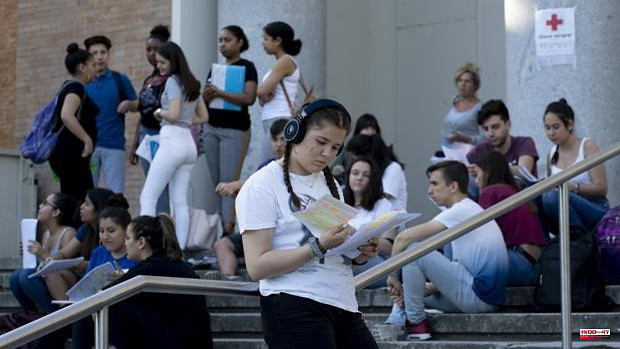 University education represents an important change for the student and there are many decisions that he has to make to face his new stage. Choosing a degree, a master's degree, a center and even a city to continue studying is not exactly an easy task. "Students have to dare to get out of their comfort zone, to take a step further and bet on what they really like and what they are going to dedicate themselves to over the next few years", highlights Rocío Zaballa, director of ESIC University admissions.

According to the 2019 U-Ranking study, prepared by the BBVA Foundation, 33% of Spanish students leave without finishing the degree in which they enrolled, 21% to leave university without obtaining a degree and the remaining 12% to change of studies.

These numbers reflect that one in three students has probably made a mistake in their choice. Guidance experts analyze the most common mistakes that lead us to this situation.

1. Give in to pressure. It is fundamental in the election "not to give up the decision due to pressure, either from above or from the side," underlines Rafael Monjo, head of El Orientadero at CEU San Pablo University. Parents may want their children to follow in their footsteps, especially in careers such as Pharmacy or Law, when there is a chance that they will continue in their respective businesses but "we don't know what will happen in the future." There are also friends and couples, from whom they do not want to separate but "they have to think differently." And it is that the race is not the continuation of something but the beginning of a new stage.

2. Choose without enough information. From the guidance service of the Camilo José Cela University (UCJC) they remind you that to make the right decision you need information, the more the better. Contrast it and don't stay with the first idea you have. Doubt everything you hear, even your own preconceived ideas. Differentiate the facts from the opinions, challenge the generalized ideas and look for information that is relevant to you, “they advise. The information does not guarantee success, "but once you make the decision at least you will be sure that you are not choosing without knowing all the alternatives," they add. Rocío Zaballa, for her part, points out the importance of looking for four or five skills that characterize them based on their personality and way of being «and that they do it with enough time so that later they do not have to choose in a hurry and, sometimes, in based on the places that remain available.

3. Let the grade condition you. Those brilliant students who have achieved a very good grade for university entrance feel that they are wasting that effort if they end up enrolling in a career with a much lower cut-off grade than they achieved. "Someone who has achieved a 13 feels bad if he chooses a career in which they ask for 7, when the lower cut-off mark does not mean that it is worse but that it has more places," says the CEU San Pablo counselor.

4. Do not think in the long term. Secondary students have been choosing subjects "while they were asked what they didn't want to study," says Rafael Monjo. That is why he recommends not being guided by what you are going to study but by "what it gives you access to professionally." It helps to have a long-term vision, think about what you want to do in the next 30 years and "study to be what you want and not just what you want to learn," adds the counselor.

5. Study to study. Students should always remember that they do not have to go to college if they are not excited about it or prefer to do something else. “You can always enter the university later if you change your mind”, remember from the UCJC.

6. Choose the easy. Choosing the simple path does not mean having guaranteed success, "because it is proven that in the face of challenges and difficulties, we progress," says the UCJC. But choosing the most complicated just because we want to do what others can't, “is also not a good idea. This is not a sound criterion to make this important decision.

7. Be guided only by professional opportunities. Job opportunities are one of the many factors that must be assessed in the election, but in no case is it the only one. «You have to take into account the studies that you like and that fit your personality and qualities. It is often said that no important decision should be made without the heart. If you don't want to make a mistake, use your head, but without forgetting what you feel”, remind the UCJC counselors.

8. Ignore the centers and programs. The Director of Admissions at ESIC University believes that it is just as important for candidates to request information from the different centers where they would like to study as "receiving advice regarding the content of the program and the subjects, as well as the profile of the student studying it, What professional opportunities do you have, international perspective...». Once they have this clear, it is important to know the values, the methodology and the professionals of the center where they are going to study, and identify if they are in the same line of what the future student wants and expects.

9. Pay attention to fashions. Another of the pressures felt by students is that of fashion. "In the series they make us very attractive professions, such as journalists, lawyers or criminologists and that generates an aspiration for them," says the head of El Orientadero at CEU San Pablo University.

10. Ignore the experiences of other students. Rafael Monjo also advises not to choose without knowing, "either the university or the city, especially if you are in another country." Today it is easy to get in touch with former students to learn first-hand about their experience and open days are also organized.

1 The first steps in the infinite possibilities of virtual... 2 More than 25 years training great professionals online 3 The fate of Donbass is played out in Severodonetsk 4 Ten Dominicans stab an African shouting: "Fucking... 5 Prevention is better than cure: the keys to the new... 6 Galeruca, black fly or tick: the pests that make summer... 7 Montero's Covid funds mask a hole of 10,000 million... 8 Page (PSOE): «Podemos is a Trojan horse within the... 9 The controversy of pardons is also reactivated in... 10 The National Court uncovers another thirty Villarejo... 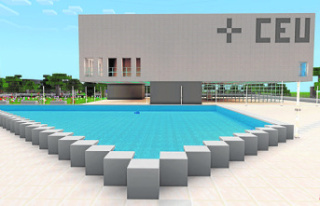 The first steps in the infinite possibilities of virtual...