Prevention is better than cure: the keys to the new model of social services in Madrid

The model designed 40 years ago, the lifeline for the most vulnerable people in the capital, now has a substitute. 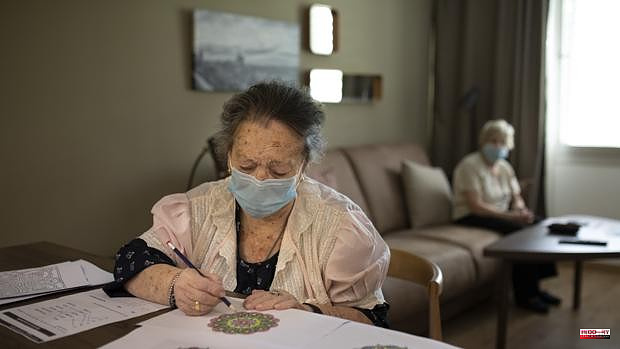 The model designed 40 years ago, the lifeline for the most vulnerable people in the capital, now has a substitute. After a year and a half in the making in the Palacio de Cibeles, the plenary session of the city council will approve today, unanimously by all the political groups, the roadmap for the new social services in Madrid. Face to face with people, prevention is better than cure, less bureaucracy and more monitoring of results are some of the keys to the reformed system, whose strategic plan will be presented at the end of this year.

The first step was taken in the midst of the health crisis, on July 7, 2020, the day that all the political acronyms of Madrid shook hands and signed the Villa Agreements.

"Promote a new model of municipal social services", read one of the points of the historic pact; many other sections, although not so explicitly, also pointed to the need to reform the current system.

The Area of ​​Families, Equality and Social Welfare then began a participatory process of consultations to prepare the final document: 21 agreements and 114 measures prepared from professionals (both from the city council and from other municipalities), questionnaires, work sessions, neighborhood entities , social agents, professional associations, citizen consultations... The delegate councilor of the branch, Pepe Aniorte (Cs), "has been behind unanimity for months of negotiations," say municipal sources, and PP, Ciudadanos, Más Madrid, PSOE , Grupo Mixto and Vox will present a joint proposal today in the hemicycle.

Madrid and its inhabitants have changed in the last 40 years, the lifetime of the current model of social services. The demographic pyramid has been inverted, with more elderly people, and the traditional family has given rise to other diverse kinship groups. For this reason, "social services must adapt to the changes in Madrid society, to be closer to and arrive earlier at situations that affect citizens," they assert from the area, which intends to find the 21st century model. Centered on the person, integrated to offer help both in specific moments and in the long term and of quality, efficient, agile, equitable.

Social services "are often associated with situations of extreme vulnerability that many people perceive as alien, but it is much more than that," they argue from the area. Reaching those who need these services earlier, dedicating more quality time to people and from all angles and outlining a more coordinated, integrated and evaluated model are some examples of the "transformation" that will have the approval of the municipal plenary today .

"Preventive and early detection programs will gain weight," reports the social area. Like 'No second night', a project that is already underway with 53 places to shelter women in vulnerable situations, avoid the deterioration of the first days and weeks on the street and provide a new opportunity from early care. 40% of the users of the pilot project, between the months of June and October 2020, recovered their autonomy.

"Proximity is a key factor", as they point out from the area, which intends that social workers move to other spaces (elderly centers, youth centers...) "to be closer to the reality of users". The council will also create district teams to detect serious vulnerabilities in the elderly – there are already three pilot teams – and social inclusion teams.

Simplifying administrative procedures is another of the objectives of the document, which is committed to the creation of auxiliary teams specialized in bureaucracy to free social workers from their main task: "dedicate more and better time to users". Pre-specialization is another of the cornerstone aspects, with at least one Social Work Unit (UTS) for each neighbourhood, made up of a coordinator and three professionals focused on Family and Childhood, the Elderly and Inclusion, which will allow "going deeper into the intervention ». Currently, the model forces each professional to master more than 100 different processes and the UTS are made up of a single professional.

Advancing in the technological transformation, designing a unified portfolio of services –currently non-existent and which causes inequities between territories–, improving planning and promoting the evaluation of results –it has already begun through the Evalúa Project– and establishing a stable criterion of equality between men and women are some of the 21 agreements that make up the document. With it, the creation of a commission to monitor the agreements and the promise of a Strategic Plan for Social Services that collects the economic and human resources to be implemented before the end of 2022 will be approved today.

1 Galeruca, black fly or tick: the pests that make summer... 2 Montero's Covid funds mask a hole of 10,000 million... 3 Page (PSOE): «Podemos is a Trojan horse within the... 4 The controversy of pardons is also reactivated in... 5 The National Court uncovers another thirty Villarejo... 6 We can boast of not going to the NATO anniversary,... 7 The Day of Music returns to premiere the summer in... 8 Belarra spends 357,000 euros on advertisers of 'sustainable... 9 Uvalde: Funerals, burials and visits, one after the... 10 EU leaders agree to ban Russian oil at 90% by the... 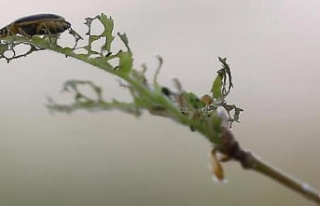 Galeruca, black fly or tick: the pests that make summer...