The fans waved the sky blue and white scarves, "Oh Argentina" echoed through the Ahmad bin Ali Stadium and Lionel Messi raised his arm and clenched his fist. 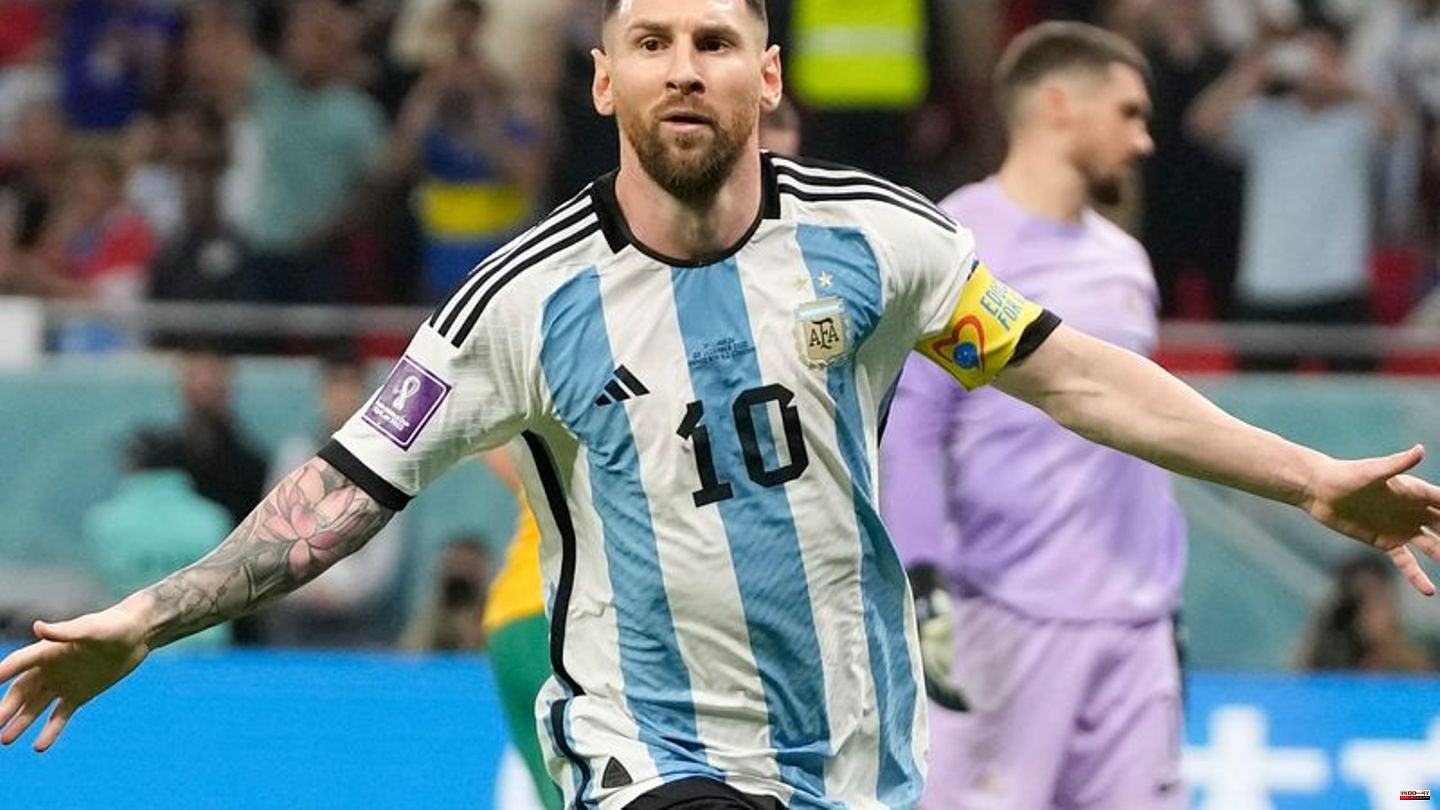 The fans waved the sky blue and white scarves, "Oh Argentina" echoed through the Ahmad bin Ali Stadium and Lionel Messi raised his arm and clenched his fist.

Led by the superstar with his first knockout round goal at a World Cup in 1000 professional games, Argentina have reached the quarterfinals. For minutes they let the "Hinchas" celebrate them, some with tears of joy in their eyes. "It's a celebration for the people here," said the 35-year-old.

Messi scored in the 35th minute of what had been a tough game for a long time against the surprise team from Australia, who made more effort in the 2-1 (1-0) victory of the Argentines than the title favorites could have liked. The jubilation was also noticeable. Pure relief with the co-favorite. "We had the game under control. We could perhaps have scored one more goal to be on the safe side," said the superstar.

Messi: "There were a few moments of shock"

It was Messi's 789th career goal, 94th goal in Argentina's shirt and ninth at a World Cup - one more than Diego Maradona had scored in a career. In front of 45,032 spectators, Julián Álvarez (57) from Manchester City scored the second goal after a serious goalkeeping error. The Socceroos made it exciting again with an untenable deflected hit after a shot by Craig Goodwin (67th), which was ruled an own goal by Enzo Fernández. "There were a few moments of shock. We made it, that was the main thing," Messi said of the final stages.

In the round of the top eight, Argentina will meet the Netherlands at the Lusail Stadium next Friday - among other things, defeated opponents of the Albiceleste in the home World Cup final in 1978 and in the semi-finals in Brazil in 2014. For the blatant outsider Australians around the former Bundesliga professional Mathew Leckie, the wondrous journey in Qatar ended in the round of 16, just like in Germany in 2006. The Socceroos have never gone further.

Scaloni with just one change in the starting lineup

Argentina coach Lionel Scaloni had nevertheless warned against them. And then he also had to change his "winning team". Ángel di María, Messi's long-time strike partner, still pinched his thigh. Using it from the start was too risky. After five and four changes in the starting line-up, only Alejandro Gómez made a new appearance this time. The 34-year-old from FC Sevilla initially fell back slightly on the left flank to strengthen the wing on which the former 1860 Munich professional Milos Degenek also plays for the Australians.

Messi initially acted in the center of attack at his next World Cup show, but quickly fell behind against the deeply defending Australians, where St. Pauli's second division professional Jackson Irvine saw a yellow card after fifteen minutes. Patience was required.

Behind the Australians' goal, there wasn't much to celebrate for a few hundred fans in yellow - except that coach Graham Arnold's team made it difficult for the Argentines to play in the beginning. Even after 30 minutes, the South Americans didn't get a shot at the goal of captain Mathew Ryan, who, like Leckie, played his tenth World Cup game - more than any other Australian before.

Already in the 2-0 win against Poland, the Argentines had to make the game, the opponent remembered to defend. Australia acted similarly, but better than the team around star striker Robert Lewandowski, who have to play against world champions France on Sunday. Australia made it smarter. And the furious Messi, who delivered a jersey plucking on the outside line with Australia's Aziz Behich. This same Behich immediately fouled Gmez - there was a free kick, executed by Messi, as in previous games clearly the best man in his team.

The Australians, who had been flawless defensively up to that point, couldn't get the ball out of the danger zone and Alexis Mac Allister found the ball at the moved-up central defender Nicolás Otamendi. He applauded and then Messi came. A flat flick with the left, like out of the Messi textbook, into the far corner. He stretched his hands up, the stadium became a sky blue and white bouncy castle.

The Argentinians didn't have much of the force of the game against Poland this time. It was more the motto: don't catch anyone in the back and the captain will do it in front, who is appearing very differently in Qatar these days than in his sometimes listless performances at the World Cup embarrassment of Russia. For the second goal, however, Messi was just a spectator when Australia keeper Ryan made a capital error and lost the ball to Álvarez six meters from goal. The decision.

With the constant singing of tens of thousands of fans in Argentinian jerseys, it was now possible to play more freely. The fact that Scaloni took out the weak offensive man Gómez and brought in another defender in Lisandro Martínez only paid off to a limited extent. After Goodwin's shot, which Fernández unluckily deflected into his own goal, Argentina wobbled, but only briefly. Again and again it was Messi who shone with his skills and put his team-mates in the limelight. The ball just didn't want to go into the goal again. 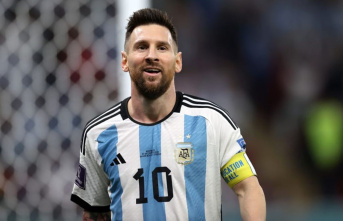