Floods: A third of Pakistan is under water - satellite images show the extent of the flood disaster

A third of Pakistan is now under water due to the unusually heavy monsoon rains this year. 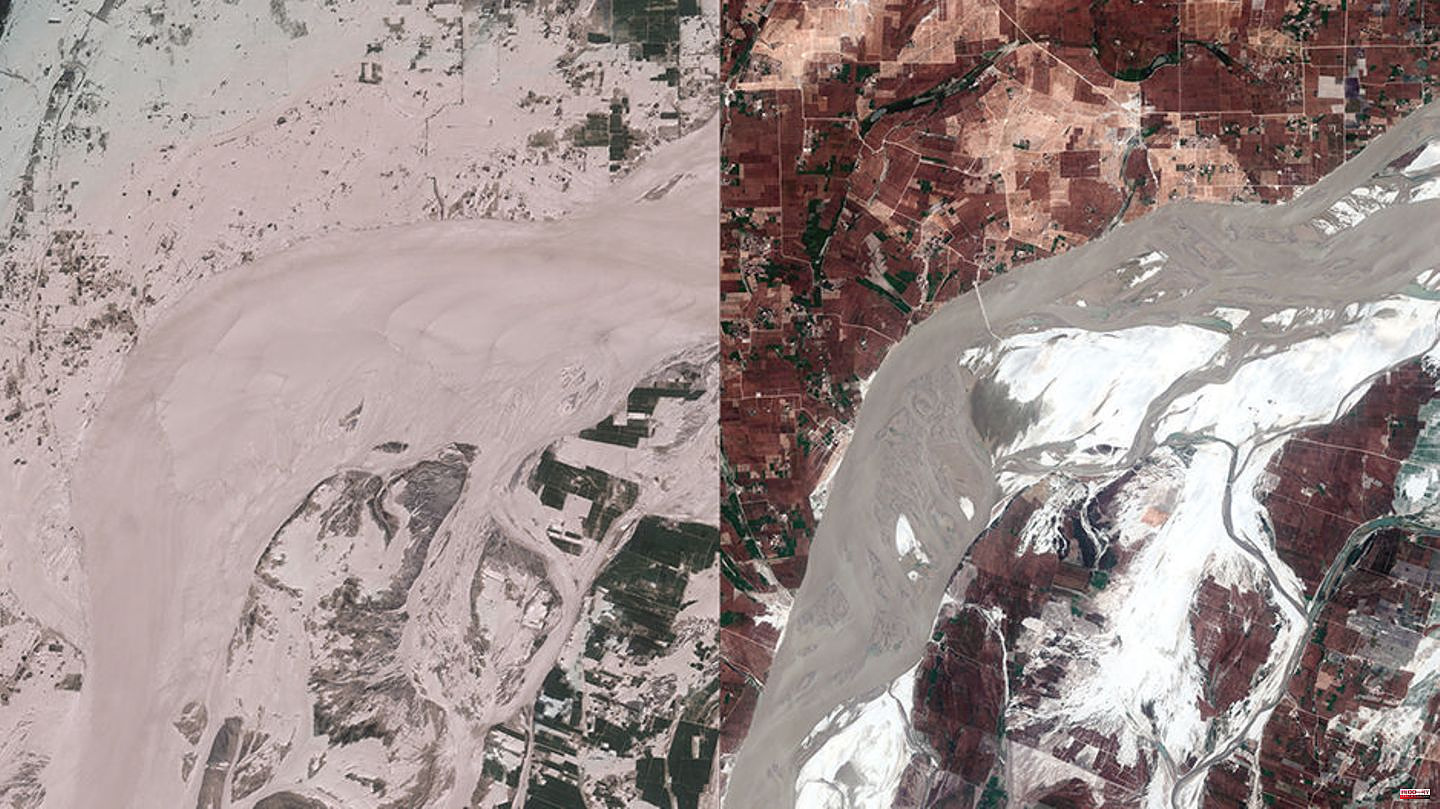 A third of Pakistan is now under water due to the unusually heavy monsoon rains this year. This corresponds to an area of ​​more than 265,000 square kilometers. Just for comparison: the entire area of ​​Germany is a little less than 360,000 square kilometers. Well over 1000 people have already lost their lives in the floods, countless more their homes. One in seven of the 220 million people living in Pakistan is now affected by the flood disaster, according to the country's authorities.

Images from space impressively show what the bare numbers indicate: the extent of the catastrophe. Satellite operator Maxar provided recordings from space on request. The photos show how a country is literally sinking.

The image below shows the Gudpur locality southwest of Dera Ghazi Khan in Punjab province. Streets and fields are virtually indistinguishable. Trees and houses stand out, serving as the only landmarks left in a wiped-away landscape.

In the second picture you can see the river Indus. Pakistan's largest river has burst its banks, flooding neighboring villages, settlements and fields.

The third picture shows a village in Rajanpur district of Punjab province. There, too, the floods have completely changed the landscape.

The graphics with the sliders superimpose two recordings. Drag the balance slider. The current images were taken between August 28th and 31st, the comparison images in the spring of this year.

The image gallery above shows the immediate impact of the floods on people trying to save themselves and their belongings from the floods. According to local reports, they climbed railway bridges and other high points in some areas to escape the ever-present water. Climate Minister Sherry Rehman called her country a "soaked sponge".

The Pakistani government is using all available means to come to the aid of the people. The country's leadership has also called for international help. "Industrialized countries in particular should not hand developing countries like Pakistan over to climate change," Prime Minister Shehbaz Sharif wrote on Twitter. Although his country emits less than one percent of global climate-damaging CO2 emissions, it is among the countries most exposed to the consequences of climate change, said Sharif.

Read stern Plus: Drive less, eat less meat, consume less. The political economist Maja Göpel calls for an upper limit for many things that are dear to the Germans. It would not be a loss, she says. 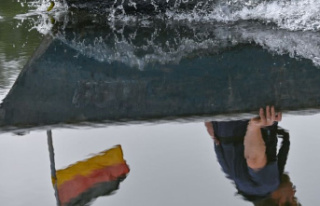