It may sound strange that a Division of Honor match -sixth category at the national level- occupies all the attention of a Biscayan town of 45,000 inhabitants. 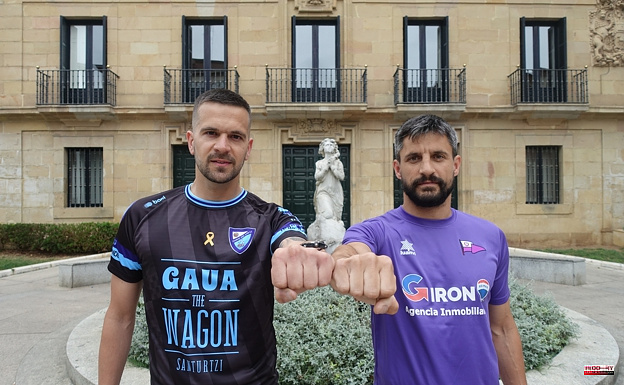 It may sound strange that a Division of Honor match -sixth category at the national level- occupies all the attention of a Biscayan town of 45,000 inhabitants. However, this time it can be affirmed that this is the monotheme that has crept into the conversations of the majority of Santurtziarras. And it is that all eyes are on the derby that will face today at 5:00 p.m. in San Juan the two main teams in the town, such as Dinamo San Juan and Santurtzi. Both will cross their paths on the last day of the league, with two totally devoted fans and where promotion to Third RFEF could be at stake.

Therefore, it is a derby that has all the incentives: rivalry, spectacle in the stands and the biggest possible prize in the category at hand. There is no doubt that it is a special event, both for the members of both squads, their respective most active fans and for the less football-loving Santurtziarras, who will also come to San Juan in search of being part of a great party that transcends of this sport. However, there is a player in each team who will experience it with even greater enthusiasm. They are none other than Aketza de la Rosa and Imanol Aguiar, who will hang up their boots today after this spectacular match.

Aketza de la Rosa has been defending Dinamo San Juan's goal tooth and nail for the last thirteen seasons. Always linked to town teams, he claims not to have any thorn in his long career. “I am very proud of how my football stage has gone,” he says. Aketza is living "with great enthusiasm, but also with sadness and nostalgia" these last few hours as a footballer. The goalkeeper is already an icon of the club, captaining the team in the best campaign in its history. For him, hanging up his boots in such a vibrant and frenetic derby is "my dream retirement, come what may," he stresses.

On the other hand, Imanol Aguiar trained in the lower categories of Athletic, later passing through Amorebieta, Portugalete, Barakaldo, Arenas and Leioa, before Santurtzi. The winger has announced that he will retire after the end of this season, so "as the week progresses, I am more and more nervous, something that has never happened to me in football," he acknowledges. From his extensive career, the 36-year-old from Baracaldé stays with "the friends and all the learning that I take with me." Likewise, he indicates that the only thing he has lacked has been "promoting to Second with Barakaldo." He now comments that "the perfect farewell would be winning the derby and getting promoted."

A victory in this derby could mean having a place in the Third RFEF. Although neither of them depend on themselves. The current leader is Padura, who faces Zamudio at his house at the same time. One point below is Santurtzi and two is Dinamo San Juan. Both expect the same match script: A high-intensity battle, very even and, where the one who makes the fewest mistakes, will be the one who takes the cat to the water. They also have no doubts about the spectacular atmosphere that will be breathed in the field of San Juan. "It will be a party that everyone will remember fondly," says Imanol Aguiar. Aketza de la Rosa believes that "we are not aware of what is going to happen, it will surpass any game that has been played around here."

1 Leave Bergeron and Letang alone 2 Will have to love the CF one day 3 5 star products against biting insects 4 Those who imitate the minnows 5 Ernesto's challenge for ALS: 160 kilometers in... 6 Your bazou is worth gold! 7 Is there a possible way out of the war in Ukraine? 8 The Great American Maneuvers 9 Biden supports the EU and the Irish Protocol in the... 10 Smoked and against the ropes 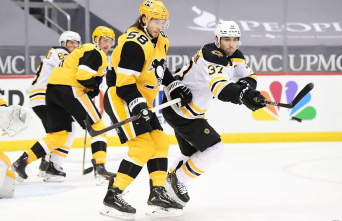