Patrice Bergeron and Kristopher Letang will be free as air on July 1, and many would like Kent Hughes and Jeff Gorton to try their luck with the two veterans. 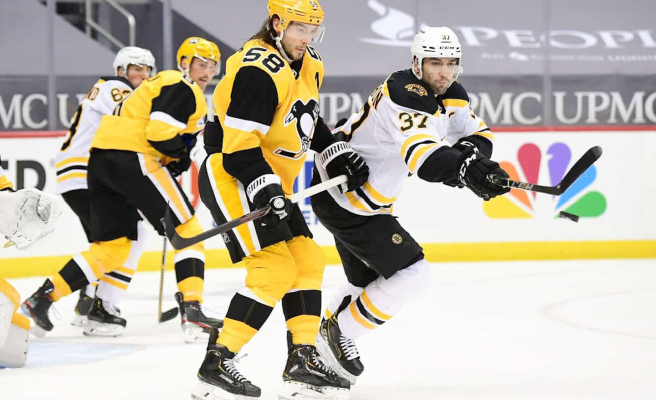 Patrice Bergeron and Kristopher Letang will be free as air on July 1, and many would like Kent Hughes and Jeff Gorton to try their luck with the two veterans. Don't count me among them.

Not because I don't like the two players, quite the contrary.

I have enormous respect for what Bergeron and Letang have accomplished in their careers so far. In fact, I don't want to see them in Montreal because I respect them too much.

For a Quebecer at the end of his career, coming to play in Montreal can be a very bad decision. We know the market. Fans will expect to have the Letang or the Bergeron of the beautiful days in the line-up. They would be put under enormous pressure by having them play the role of first defender or first center with a team in the process of rebuilding and, if things went wrong, the criticism would be unrelenting.

Those who know me know that I am an ardent defender of Quebec talent. I think too many of them are not being judged for their fair value and I want the Canadiens to have as many of them as possible in their lineup.

And there's a way for that to happen: let them fish it out!

We are talking about some very interesting Quebec hopefuls for the next draft and who will be available in the ranks of the Canadiens. Forward Nathan Gaucher or defenders Tristan Luneau, Maveric Lamoureux or Noah Warren have all spent the season in the Habs' court, and the team will have no excuses in July since it holds 13 selections in 2022.

If Letang decides to leave Pittsburgh, I see him ending up with the Toronto Maple Leafs. Although they lost again in the first round of the playoffs, the Leafs showed that they were serious and, had it not been for the format of the series which disadvantages them considerably, they had what it took to make a good end. of path.

There is a lot of talk about the goalkeeper position, but I think the right of defense is a major gap that they will need to improve on and Letang would be the perfect candidate. The Quebecer would support Morgan Rielly and make the Leafs' power play even more formidable.

Everything will obviously depend on what the Penguins are ready to offer him. It looks like there will be big changes this summer in Pittsburgh, but when you have Sidney Crosby on your roster, you always have to be taken seriously.

As for Bergeron, I think his future will go through Boston if he decides to continue his career. Over the past few days, several members of the Bruins organization have said they want him back, including his lifelong accomplice, Brad Marchand.

Personally, I have the impression that the Quebecer will return at least for another year. Obviously, this is not a decision that you make alone and his family will have to be ready as well. One thing is certain, the door will always be open at the Bruins and we will offer him what he wants to stay.

Plus, it's not like it's on the decline. He demonstrates, season after season, that he is still part of the league's elite. He is the captain of the Bruins and the heart and soul of the team.

Will he want one last chance to win? Perhaps. If so, he can ask the Bruins to trade him as Raymond Bourque did in 2000.

Those who regularly read this column know that I did not appreciate that Nick Suzuki and Cole Caufield refused to represent their country at the World Hockey Championship in Finland. Imagine when I learned that star players like David Pastrnak and William Nylander had decided to join their national team after their elimination. Pastrnak had a thundering season, he just made two rounds of playoffs and he decided to go to the World Cup anyway. Meanwhile, what are our little boys doing? They are resting while waiting for the Canadiens golf tournament in September. And they don't take it easy in Montreal, of course! They returned home safe from criticism. I can not believe it.

It looks like there won't be any organizational changes in Toronto despite the first-round loss to the Tampa Bay Lightning. This means that Kyle Dubas and Sheldon Keefe should keep their jobs. To that, I say bravo! The Leafs have nothing to be ashamed of their performance against the Lightning, which was not embarrassing like that against CH last year. On the contrary, the Maple Leafs probably played their best hockey in several years. Unfortunately, the series format will have to change. If it were up to me, we'd be going back to the old formula of first team playing 16th, and so on, regardless of associations.

I saw Bobby Orr play from the age of 14 with the Oshawa Generals. When I watch Connor McDavid, I have the same kind of feeling. Obviously, the Oilers center will never come close to the numbers of Wayne Gretzky or Mario Lemieux because hockey has changed and he's not as well surrounded as the other two may have been. Despite everything, the Oilers have a real marvel on their hands. When he picks up his speed, he's in another world, literally. I don't know if he'll be able to help the Oilers beat the Calgary Flames in what's called "The Battle of Alberta," but he'll do whatever he can, that's for sure. The Oilers have made some good acquisitions since last summer, but they haven't addressed their biggest shortcoming: goaltenders. With Mike Smith, you never know what to expect.

1 Will have to love the CF one day 2 5 star products against biting insects 3 Those who imitate the minnows 4 Ernesto's challenge for ALS: 160 kilometers in... 5 Your bazou is worth gold! 6 Is there a possible way out of the war in Ukraine? 7 The Great American Maneuvers 8 Biden supports the EU and the Irish Protocol in the... 9 Smoked and against the ropes 10 A royal UFO passed over Canada 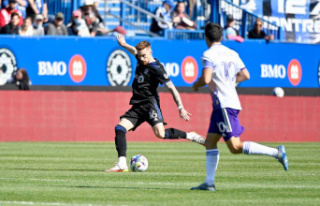