Ernesto's challenge for ALS: 160 kilometers in 24 hours going around an athletics track

The challenge is between his eyebrows. 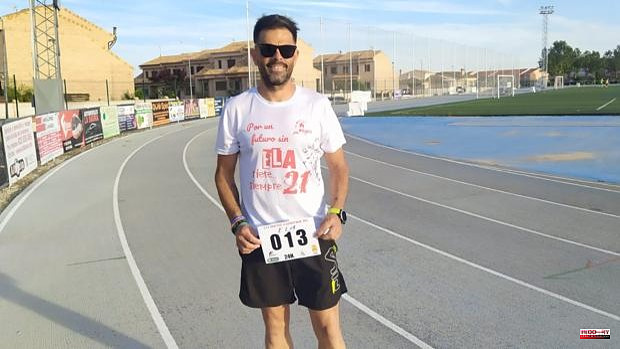 The challenge is between his eyebrows. Ernesto Rando Ugena, an amateur athlete who works in a construction warehouse, has set himself a tough challenge for next Saturday: lap the Yuncos athletics track 400 times in 24 hours. If successful, it will be 160 kilometers of effort to raise awareness of ALS (amyotrophic lateral sclerosis) and raise money for the Adelante association, with which he collaborates.

He will also have in mind his brother-in-law José Manuel Sánchez García, an entrepreneurial businessman, father of two children, who died of ALS on January 31, 2020. He was only 47 years old. "Being very ill, I promised him that I would fight for him while I could", evokes the protagonist of the challenge.

It will start at eleven in the morning and people can collaborate by buying a number for 5 euros.

With it, you can participate during the 24-hour challenge by running or walking as long as you want. In Ernesto's case, he will be taking strides. "Every three hours I have to change the direction of travel to avoid injuries, because the athletics track, which is perfect, has a slight camber," explains the athlete.

He trains after working in a construction warehouse in Griñón (Madrid). From Monday to Friday, she leaves her house at seven in the morning and returns at seven in the evening. “Although it is not competitive, it is difficult to prepare for a test like this, because of the work and the children. I have two, 12 and 13 years old, and I thought they were only going to fight when they were little... », says this transport manager in his company with irony.

Ernesto, who has asked for Monday and Tuesday off to recover, can take on the challenge because he has a physical background, "but the tiredness, the fatigue and the two or three days without moving, there is no one to take it away from me." Never before has he run such a long distance, since his longest distance The longest distance he has run was 104 kilometers on the Jara greenway, but the Yuncos "has nothing to do with it," he warns.

The City Council has joined the initiative and some companies have agreed to jointly give ten cents of a euro for each lap that all the participants add during the 24 hours. "Right now, we have already paid 12,000 laps, 1,200 euros," says Ernesto proudly.

A television character who promotes the feat is the Toledan chef Pepe Rodríguez, jury of the television program 'Masterchef'. He has recorded a video with a number and has left a dedication written on one of the shirts with which Ernesto will carry out part of the test: «You only have to run for a good cause and this is it».

Among the objects that will be raffled during the challenge, there will be an apron and a book signed by the three members of the 'Masterchef' jury, in addition to more than twenty lots donated by companies. They will be one of the activities organized for 24 hours with another purpose: «We want to attract people -says Ernesto- and that it is not monotonous to see four people walking around». José Manuel's brother-in-law will be one of them and will run for ELA, which took him away from Ernesto two years and almost four months ago.

1 Your bazou is worth gold! 2 Is there a possible way out of the war in Ukraine? 3 The Great American Maneuvers 4 Biden supports the EU and the Irish Protocol in the... 5 Smoked and against the ropes 6 A royal UFO passed over Canada 7 It's time to get angry, Mr. Legault! 8 Wake up! 9 The Prosecutor's Office appeals the release of... 10 For Volodymyr Zelensky, only “diplomacy” will... 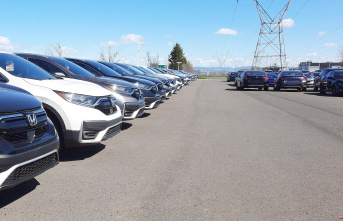 Your bazou is worth gold!