Banderas Bay was yesterday the scene of the last two tests of the ILCA7 World Championship, in which Joaquín Blanco was the best Spanish ranked in 17th place. 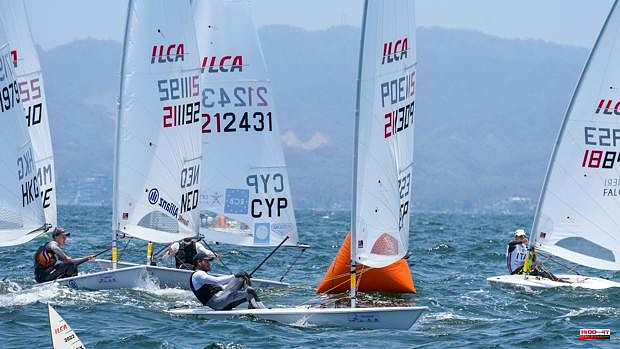 Banderas Bay was yesterday the scene of the last two tests of the ILCA7 World Championship, in which Joaquín Blanco was the best Spanish ranked in 17th place. He is followed by Joel Rodríguez, 19th, Leo Barreto 58th and Víctor Gorostegui 118th.

The Championship, which has had a fleet of 126 sailors, has been developed under variable wind conditions, between 8 and 15 knots, whose instability has led to numerous course changes during the 12 races held.

The first three days were dedicated to the Qualifying Series, with 6 heats after which the three members of the pre-Olympic team, Blanco, Rodríguez and Barreto, went on to the Final Series within the Gold group.

Another six regattas held in three days completed the Final Series, after which Joaquín Blanco and Joel Rodríguez placed in the international Top20 in the first World Championship of the new Olympic cycle.

It has been a competition of ups and downs, in which Blanco scored a first place on the opening day, marred by a 40th, which placed him in 38th place, with Rodríguez being the first Spaniard to stand out in 19th position.

With the discard coming into play and two fifth places in the next round, Blanco took the lead and placed fourth overall, with Rodríguez holding 19th place.

At the close of the Qualifying Series, Blanco continued to lead the national team, but fell to 13th place, with Rodríguez, who was unable to finish the second test of the day due to knee discomfort, in 21st.

Joel Rodríguez took the lead at the start of the Final Series and was 14th while Joaquín Blanco fell to 27th place, closing the gap on the following day, in which he rose to 19th, hot on the heels of Rodríguez who was 18th.

On the last day, both sailors had their heads and tails. Blanco began the day with fourth place, while Rodríguez incurred an off-line. The tables changed in the second test and while Blanco added a 21st, Rodríguez said goodbye to the Championship with a third.

The new world champion is Frenchman Jean-Baptiste Bernaz, leader since the second day of competition.

1 Juan Manuel Goytia, champion of the Spanish Cup of... 2 Pau: The alleged attacker of the female physician... 3 Minute of silence in all Talavera Management centers... 4 The I Classic Bike Route of Toledo, a tribute to the... 5 Loriol-du-Comtat. 80 caravans for travelers are set... 6 «Ítaca IX», champion of the 33rd Peñón de Ifach... 7 US Department of Justice to investigate police response... 8 After their victory against Nevers (26-15), Pro D2:... 9 Policy. Popularity of Macron in May: Macron stable,... 10 Weather severe. After the floods, Brazil's death... 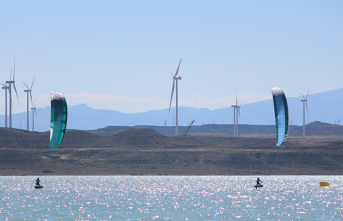 Juan Manuel Goytia, champion of the Spanish Cup of...