The town of Luceni, more than 200 km from the coast, has become this weekend the epicenter of a sport that is usually practiced at sea. 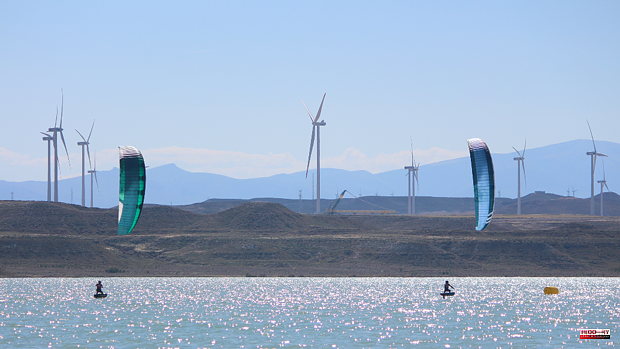 The town of Luceni, more than 200 km from the coast, has become this weekend the epicenter of a sport that is usually practiced at sea. And it is that, since Friday, the southern spot of the Loteta reservoir has hosted the Spanish Cup of inland waters in kitefoil mode. It is the second edition to be officially held by the Royal Spanish Sailing Federation, after the first edition was held last year at the Alarcón reservoir (Cuenca).

The event has had the participation of 14 riders who have come from seven different autonomous communities: Madrid, Murcia, Castilla La Mancha, La Rioja, the Basque Country, the Valencian Community and of course Aragon.

The participants have had to face some difficult navigation conditions, conditioned by the strong heat that 'turned off' the wind for several hours on Saturday. One regatta was held on Saturday morning, while the remaining five had to be held in the afternoon, when the drop in temperature allowed the north wind to become active. A wind that did not end until well into the morning of Sunday, which made it possible to complete the maximum of 12 regattas planned for the entire weekend. In the regatta, Juan Manuel Goytia (CKSC, Castilla La Mancha Sailing Federation) and Patrick Saury (CKLL, Aragonese Sailing Federation) prevailed, and Vicente González (Club Eolo, Valencian Community Sailing Federation) have placed in the second and third place respectively. Meanwhile, in the Spanish Inland Water Cup, Goytia and Saury have placed first and second and Imanol Bárcena (CKLL, Aragonese Sailing Federation) placed third.

1 Pau: The alleged attacker of the female physician... 2 Minute of silence in all Talavera Management centers... 3 The I Classic Bike Route of Toledo, a tribute to the... 4 Loriol-du-Comtat. 80 caravans for travelers are set... 5 «Ítaca IX», champion of the 33rd Peñón de Ifach... 6 US Department of Justice to investigate police response... 7 After their victory against Nevers (26-15), Pro D2:... 8 Policy. Popularity of Macron in May: Macron stable,... 9 Weather severe. After the floods, Brazil's death... 10 Annecy. Pont des Ilettes: The victim will be identified... 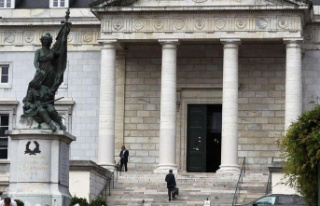 Pau: The alleged attacker of the female physician...