US Department of Justice to investigate police response to Uvalde shooting 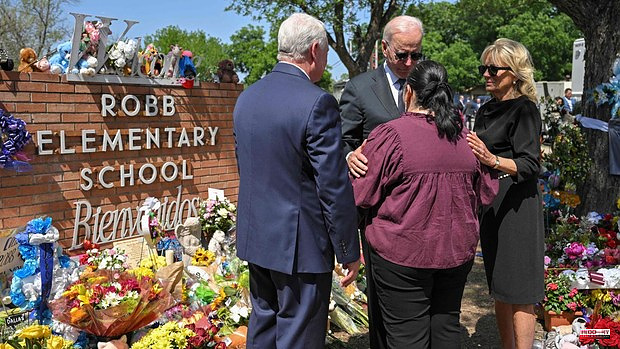 Biden was accompanied by the first lady, Jill Biden, and his first stop was at the scene of the tragedy. They deposited a bouquet of white roses in the improvised memorial that relatives and neighbors have installed at the entrance of the educational center. There are 21 white crosses, with the names and photographs of the victims, covered with messages, memories and flowers.

The president of the United States stood there, linked arms, went through the photos of the victims, touched them with their hands. Biden wiped a tear from his cheek and from across the sidewalk, where neighbors gathered, cries were heard: "We need help," "we need change."

Neither the president nor his wife approached them. They got into 'The Beast' -the armored coconut in which the president moves- and left for their next destination, the Church of the Sacred Heart, the only Catholic temple in Uvalde.

The screams, however, were testimony to the desperation and indignation of the people after the massacre. Many cannot understand how someone like Salvador Ramos, an 18-year-old who had shown signs of mental health problems and violent attitudes, can safely buy military-style weapons. And the police response to his attack is increasingly questioned: the police did not immediately confront Ramos on his arrival at the school and the attacker spent nearly an hour barricaded in the classroom where he carried out his butchery without the police officers intervening. .

Perhaps in an attempt to respond to this, the Justice Department announced, in the midst of Biden's visit to Uvalde, that it would conduct an investigation into the police response to the massacre.

"The aim of the investigation is to provide an independent account of the actions and responses of security forces that day and to identify lessons and best practices for first responders and for responding to firearms attacks," said their spokesman, Anthony Coley.

It is the second time in two weeks that Biden has traveled to comfort victims of shooting sprees. On May 13, he went to Buffalo, the second largest city in the state of New York, where a young man killed ten people, most of them black, in a racist-motivated crime. 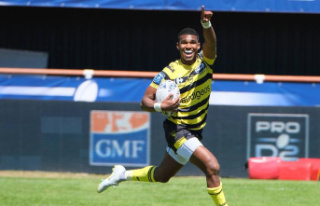