Couples, sun, love and conflict: the Canary Islands is the set of international reality shows for three continents

"Silence, it rolls", written in several languages ​​and several productions. 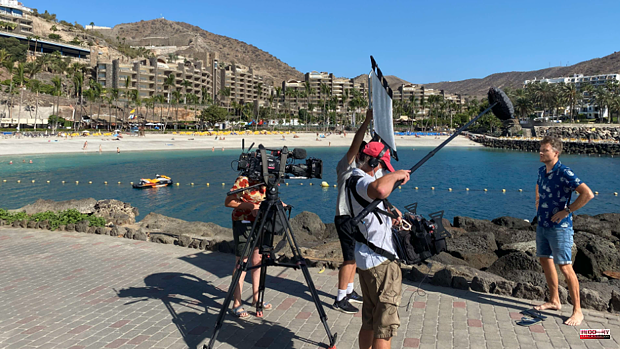 "Silence, it rolls", written in several languages ​​and several productions. The south of Gran Canaria is currently the simultaneous setting for the recording of the television product that is already a worldwide trend, the reality show for couples.

To the south of the island, and specifically to Anfi del Mar, the national and international television recordings have been moved, such as the production of 'Love Island', which begins filming these days in Gran Canaria with the presenter, announcer, actress and model Spanish Cristina Pedroche in front. It is not the only one, this program has recently been joined by 'A Place in The Sun' on the British channel Channel 4, which follows the same line for English television.

The one that has also joined the 'made in the Canary Islands' cinema is the program 'Ex on the beach' from the production company MTV in which a confrontation between couples is provoked.

The representatives of 'Channel 4' emphasize that Anfi is a "safe destination and a unique natural set that gives us a lot of play". In the case of 'Ex on the beach', its producers acknowledge that «we are really delighted to record in Gran Canaria and, of course, in Anfi, which has all the necessary ingredients to create a very special space. Its location, right on the beach, and the quality of its offer are extraordinary».

For the recording of the episodes, the maximum health safety guarantees are taken from both the participants and the workers who undergo PCR tests every week. The projection of these programs are notable since, for example, 'A place in The Sun' or 'Ex on the beach' are broadcast in the United Kingdom, and on channels in Europe, the United States, New Zealand, Australia and South Africa.

These are programs with the highest audience levels on the television grid, as is the case of the British program 'Channel 4', which has been broadcast for more than two decades on United Kingdom television. He chooses the island because of the "idyllic settings it hides". For the Anfi group that choose this destination is a great opportunity. «The dimension that leading 'realities' have on television represents a fantastic promotion».

"We promote Anfi as an ideal and safe place, not only for family and sports tourism, but to host any type of filming," they said in a statement.﻿

1 Ukraine kills Alexander Kislinsky, Russia's "hero"... 2 Taxi drivers protest in Madrid, live 3 Nicolás Correa: a young company with 75 years 4 Avícola Galocha: a business that grows with many... 5 Ornitocyl returns to Ávila from June 17 to 19 6 The businessman who was investigated by Villarejo... 7 Iberia begins operating long-haul flights with Repsol... 8 Audios of Thebes appear: «You have to kill Rubiales... 9 Madrid completes the protection of Aleixandre's... 10 Criticism of The Alibi: An interpretation without... 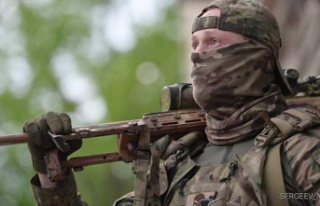