On turning 75, Nicolás Correa, a company dedicated to the manufacture of machine tools and focused, above all, on exports, is "a young company, with the illusion intact", says its CEO, Carmen Pinto. 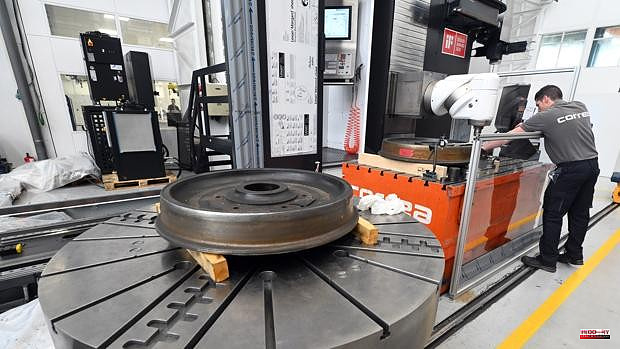 On turning 75, Nicolás Correa, a company dedicated to the manufacture of machine tools and focused, above all, on exports, is "a young company, with the illusion intact", says its CEO, Carmen Pinto. In fact, she attributes to that force the rapid recovery after the crisis and despite the added difficulties caused by the pandemic and the war in Ukraine. During 2021, it achieved ordinary income of 76.5 million euros. This billing data marks a milestone for the Burgos group, since it represents a growth of 15% compared to the 2020 financial year (66.5 million euros) and 3.5% more than the 2019 financial year (74 million euros).

Nicolás Correa is a family-owned company that was founded in Éibar (Guipuzcoa) in 1947.

In 1965 it settled in the capital of Burgos, in the old industrial hub, today the East Industrial Estate, where from 1988 it had new facilities. Since 1989 it has been listed on the stock exchange. Its president, José Ignacio Nicolás Correa, son of the founder, highlights the international weight of the company. 90% of its production is destined for export to more than twenty countries. Among them, the Chinese market, to which practically 20% of these exports go. For her part, Carmen Pinto acknowledges the current uncertainty, where the pandemic is overcome in Spain but it continues to affect China. Added to this are the destabilizing factors in the circulation of certain raw materials and the consequences of the war in Ukraine.

Despite the current situation of constant increase in the costs of supplies, raw materials and transport, the Correa Group managed to maintain its profitability levels in the last financial year. In fact, the group's EBITDA grew by 11%, reaching 9 million euros. Likewise, the proportion of EBITDA over income remains at 12%, above the average profitability of the sector. The good progress is confirmed by the consolidated profit before taxes of 7 million euros, 8% more than in 2020. In addition, the financial strength allowed the commitment to remunerate shareholders in 2021 to be respected, with the payment of a dividend of 0.20 euros per share, almost 18% more than in the previous two years.

In fact, Carmen Pinto considers that they are in one of the best moments in their history, thanks, above all, to the increase in demand due to the resumption of investment in countries where they have a significant presence. This is reflected in the figure for capturing orders, including intra-group orders, which reached 134 million euros, more than double the nearly 65 million from the previous year, which represents the best commercial figure for the group in the last decade. This acquisition led to ending the year with an order portfolio of 82.6 million euros, 193% more than the previous year, which closed the year with 28.2 million euros.

The export levels of the group exceed 90%. The Chinese market stands out, with high levels of growth and where they have a consolidated structure, a key aspect. Nicolás Correa strengthened its position in the Asian region in 2021 and became a benchmark supplier of imported milling machines, especially large machines aimed at the aeronautical and wind power sectors, despite competition from Chinese and European manufacturers. In Europe, the group from Burgos also continues its expansion, where exports to Italy stand out, which for the first time was at the head of the capture of orders in the Spanish Association of Machine Tool Manufacturers (AFM) in the milling machine subsector. In Germany, one of the markets that suffered the most from the crisis caused by the pandemic, the presence of Nicolás Correa is recovering, especially due to the effect of having a commercial subsidiary of the company. It is in the national market where the presence of is more discreet. Carmen Pinto acknowledges that, although the Renewal Plan made it possible to increase investment in the industrial fabric, "order capture levels continue to be below their real potential."

1 Avícola Galocha: a business that grows with many... 2 Ornitocyl returns to Ávila from June 17 to 19 3 The businessman who was investigated by Villarejo... 4 Iberia begins operating long-haul flights with Repsol... 5 Audios of Thebes appear: «You have to kill Rubiales... 6 Madrid completes the protection of Aleixandre's... 7 Criticism of The Alibi: An interpretation without... 8 Biden: US sends medium-range rocket systems (MRO)... 9 Clara del Rey Balvo: heroine of May 10 The desperate call of a Valencian mother: "Protect... 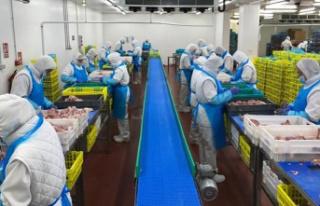 Avícola Galocha: a business that grows with many...