Citizens have demanded an "immediate" rectification from the Generalitat of Catalonia for including the festival of San Juan among the celebrations of "the Catalan countries" in different official documents and images and that they "leave the Valencian Community in peace. 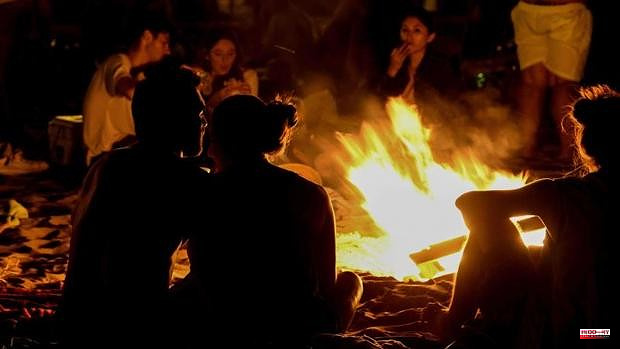 Citizens have demanded an "immediate" rectification from the Generalitat of Catalonia for including the festival of San Juan among the celebrations of "the Catalan countries" in different official documents and images and that they "leave the Valencian Community in peace."

This has been expressed by the spokesman for Cs in the Valencia City Council, Fernando Giner, who has lamented the "silence" and the "lack of defense" by the mayor of the city, Joan Ribó, and the president of the Generalitat, Ximo Puig, in the face of a "new interference" by the pro-independence parties.

The latest controversy around the entelechy in which the separatists bring together Catalonia together with the Valencian Community and the Balearic Islands is about the popular festival of San Juan, which is included in the section on Catalan festive heritage as «national holiday of the Catalan countries.

The official website of the Department of Culture of the Generalitat de Catalunya presents multiple references to the holiday of June 24 as part of the "Catalan countries". Among them, the celebrations in some localities such as Capçanes, Colluspina, Arbúcies, Vinaixa and Terrasa including the Valencian Community and the Balearic Islands in the territorial scope of the "Catalan countries".

For his part, the mayor of Alicante, Luis Barcala, has urged the Government chaired by Pere Aragonés (ERC) to "take its hands off our city" and "apart from our festivities of the Bonfires of San Juan from their entelechies independentists”.

Likewise, he has described as "indecency" to "link our festivals with those Catalan countries that the nationalists have invented, as is also including Alicante as one of the four capitals that would form part of that territory with which, unfortunately, dreams a large part of the tripartite left that governs the Valencian Community ».

This happened on May 11 during the visit of Oriol Junqueras to the Alicante capital, where he described it as "the fourth capital of the Catalan countries" after Barcelona, ​​Valencia and Palma de Mallorca. In fact, the Generalitat de Catalunya includes this Valencian commemoration among the "festivals of the summer solstice of the Catalan countries".

On the other hand, San Juan is part of the paid and non-recoverable holidays decreed by the Generalitat Valenciana in the 2022 work calendar at the regional level, with the aim of increasing the attendance of visitors at the festivities that will be held in the city of Alicante .

1 Vázquez, on monkeypox: "It doesn't seem... 2 Diario de Santo Tomé (6): Poet with claims 3 Feijóo's first question to Sánchez in the Senate:... 4 Orban boasts that he forced the commission to allow... 5 Euro zone: May saw a new record for inflation at 8.1%... 6 Jordi Sevilla encourages Sánchez to accept Feijóo's... 7 Gironde: Many gardens are open this weekend 8 Cine-club in Ares: Music and humor with "Good... 9 Chambery. Two trucks hang on the VRU: the Monts tunnel... 10 The former Repsol Security Officer is disengaging... 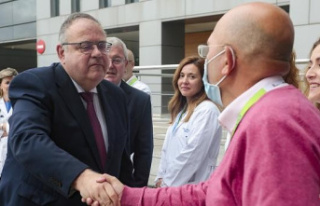 Vázquez, on monkeypox: "It doesn't seem...