European leaders reached an agreement last night to suppress "more than two thirds" of their purchases of Russian oil, as part of the sixth package of sanctions on the Kremlin for the invasion of Ukraine. 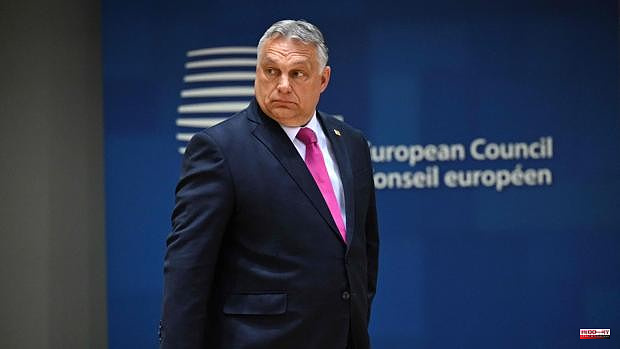 European leaders reached an agreement last night to suppress "more than two thirds" of their purchases of Russian oil, as part of the sixth package of sanctions on the Kremlin for the invasion of Ukraine. The agreement was not complete due to the intransigence of the Prime Minister of Hungary, the nationalist Viktor Orban, who this morning was "satisfied" with having imposed his theses since "it would have been unbearable to have had to run the Hungarian economy with oil more expensive', even if it does not take into account the sacrifices that other countries are willing to make. In a recorded message on social media, Orban defiantly said that "Hungarian families can sleep peacefully" because "we have been able to reject the most chilling proposals from the European Commission" that all other countries have accepted.

The agreement abolishes all purchases of Russian crude from the end of the year, both those that come by ship and those that do so through pipelines, although a temporary exception has been allowed for Hungary, and that Slovakia and the Republic can also take advantage of. Czech, since they are connected through the same branch of the conduit that crosses Ukraine and is called 'Druzhba', which in Russian means friendship. Poland and Germany, which are connected to another branch of the 'Druzhba', have already announced that they will stop using it. The sixth package of sanctions aims to deepen the policy aimed at depriving the Russian regime of resources to finance the war.

When Vladimir Putin ordered the invasion of Ukraine, the EU paid him an invoice of more than 700 million euros for its hydrocarbons every day, so the objective is to reduce it as soon as possible. The agreement supposes that the exception from which Hungary benefits will be annulled "as soon as possible".

The Hungarian government is considered Moscow's best ally in Europe. During the pandemic, it was the only one who bought the Russian vaccine and, even as a member of NATO, it has prohibited the shipment of weapons to Ukraine from its territory, despite the fact that it has a border with the invaded country.

Orban was expelled from the European People's Party for his authoritarian drift that keeps him subject to a sanctioning procedure by the European institutions. The Commission is keeping the approval of the reconstruction plan on hold, which prevents it from receiving the aid that was created to overcome the effects of the pandemic on the economy. However, this month he has been re-elected by a large majority.

1 Euro zone: May saw a new record for inflation at 8.1%... 2 Jordi Sevilla encourages Sánchez to accept Feijóo's... 3 Gironde: Many gardens are open this weekend 4 Cine-club in Ares: Music and humor with "Good... 5 Chambery. Two trucks hang on the VRU: the Monts tunnel... 6 The former Repsol Security Officer is disengaging... 7 Telecommuting: Employee spying, difficult to prove... 8 Overnight stays in apartments in the Canary Islands... 9 Rosa Benito charges against the Valencian name of... 10 Taxes: Last deadline to file your tax returns in 35... 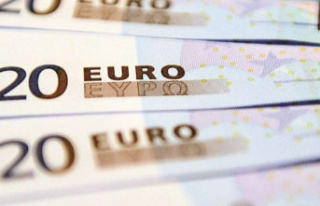