Feijóo's first question to Sánchez in the Senate: "Is it up to the needs of families?"

The president of the Popular Party, Alberto Núñez Feijóo, has already prepared the first question that he will launch to Pedro Sánchez, in the face-to-face meeting that they will hold in the Senate plenary session next Tuesday, June 7. 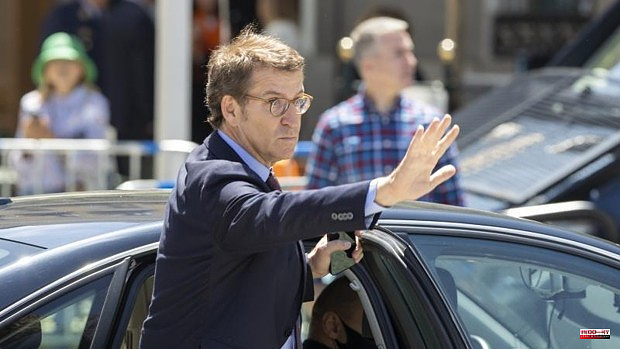 The president of the Popular Party, Alberto Núñez Feijóo, has already prepared the first question that he will launch to Pedro Sánchez, in the face-to-face meeting that they will hold in the Senate plenary session next Tuesday, June 7. The question that the Popular Group will include in the agenda of the plenary session of the Upper House is this: Does the President of the Government consider that his executive is up to the needs of Spanish families?

Feijóo, who does not have a deputy act, was appointed regional senator by the Galician Parliament last Tuesday, just a week ago. The next day, Wednesday the 25th, he went to the Upper House to deliver the papers in the registry and promise his compliance with the Constitution before the Plenary and a copy of the Magna Carta.

The Popular Group has enabled Feijóo, as leader of the opposition, an office in the noble area of ​​the Senate, so that he can carry out his duties as leader of the main party outside the Government.

On Friday, Feijóo summoned the PP parliamentary groups to a plenary meeting in the Senate, to set the political guidelines for the remainder of the legislature.

It will be next Tuesday when Feijóo and Sánchez face each other in a parliamentary debate for the first time. Unlike Congress, the speaking turns in the control sessions of the Upper House are longer, so the debate can go into greater depth and not remain in a crossroads of reciprocal accusations.

1 Orban boasts that he forced the commission to allow... 2 Euro zone: May saw a new record for inflation at 8.1%... 3 Jordi Sevilla encourages Sánchez to accept Feijóo's... 4 Gironde: Many gardens are open this weekend 5 Cine-club in Ares: Music and humor with "Good... 6 Chambery. Two trucks hang on the VRU: the Monts tunnel... 7 The former Repsol Security Officer is disengaging... 8 Telecommuting: Employee spying, difficult to prove... 9 Overnight stays in apartments in the Canary Islands... 10 Rosa Benito charges against the Valencian name of... 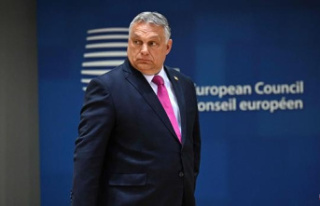 Orban boasts that he forced the commission to allow...