The former head of security at Repsol, Rafael Araújo, assured Judge Manuel García Castellón on Tuesday that the decision to hire the company of Commissioner José Manuel Villarejo to investigate who was behind an advance by Sacyr on the actions of the oil company came exclusively from him. 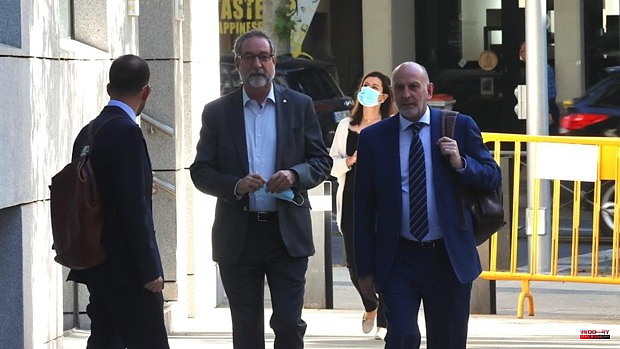 The former head of security at Repsol, Rafael Araújo, assured Judge Manuel García Castellón on Tuesday that the decision to hire the company of Commissioner José Manuel Villarejo to investigate who was behind an advance by Sacyr on the actions of the oil company came exclusively from him.

According to his statement, he received an order to investigate, but not from whom he should entrust the investigations and with the president of the company, Antoni Brufau, he has never dispatched on this matter, nor did he call him then to follow up, against what was collected by a Villarejo's annotation, nor has he called him now in the course of the legal case.

Araújo appeared at his own request after the National High Court ordered the reopening of this line of investigation, number 21 of the Tándem case, which focuses on the commission that Caixabank and Repsol paid for half to try to stop the pact between the construction company that Luis del Rivero and the Mexican oil company Pemex.

The judge had terminated the investigations and prosecuted Araujo and his counterpart in the entity, Miguel Ángel Fernández Rancaño, as well as several managers, after exonerating Brufau and the former president of Caixabank, Isidre Fainé. But several accusations, including the Anti-Corruption Prosecutor's Office, appealed that decision and now, with the reopening, everyone is charged again.

This, added to the fact that Araújo only gave a statement at the beginning of the investigations, led his defense to request this appearance, in which he has focused on arguing, on the one hand, that Repsol's responsibility for hiring Villarejo lies exclusively in it, and on the other, that there was nothing suspicious in that assignment: he assures that neither telephone punctures nor data that were only found in restricted databases were ever requested.

As reported to ABC in sources present in the statement, Araújo explained that he turned to Cenyt to find out who was behind Sacyr financing the operation and what support he had. He did it because he knew that it was a company that was already working for other Ibex majors and because it had a certain urgency and in his department there was no time to do that research, and because he sensed that perhaps it was that company that he was going to turn to. the people of Luis del Rivero. It was also about deactivating that possibility.

He has insisted that he relied on "professional" criteria and that he never suspected that Villarejo could continue to be active, being a police officer in second activity. Not only because he didn't know him very well either, that they hadn't coincided in any professional assignment, but because he had seen him at the celebration of the National Police's big day dressed in civilian clothes and because when he did the assignment, he visited their offices in Torre Picasso and there were people working. Nothing, as he has declared, indicated that Villarejo could continue to act as commissioner.

1 Telecommuting: Employee spying, difficult to prove... 2 Overnight stays in apartments in the Canary Islands... 3 Rosa Benito charges against the Valencian name of... 4 Taxes: Last deadline to file your tax returns in 35... 5 Page would revalidate his majority with 18-19 seats... 6 Philippe Martinez won't run for CGT head in 2023... 7 Police contradict the version of the French Government... 8 Here are the changes to Tariff Shield, Restaurant... 9 Feijóo opens his international agenda with the Prime... 10 Galician classrooms, an example that bilingualism... 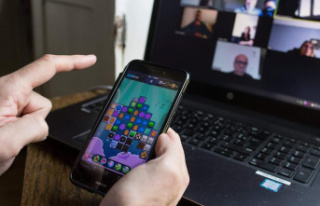