China wants to wipe out COVID with big shots of disinfectant

They spray everything from streets to apartments to pets: In China, disinfection departments are dumping tons of chemicals in the hope of eradicating the coronavirus, despite a dubious anti-epidemic effect. 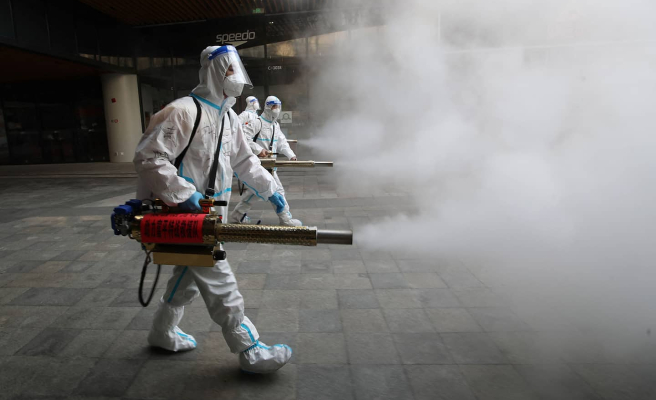 They spray everything from streets to apartments to pets: In China, disinfection departments are dumping tons of chemicals in the hope of eradicating the coronavirus, despite a dubious anti-epidemic effect.

• Read also: North Korea: 21 new deaths in the midst of the COVID-19 epidemic

• Read also: The spread of COVID-19 in North Korea probably linked to a military parade according to experts

China, where COVID-19 was initially detected at the end of 2019, has been experiencing a boomerang return since the start of the year with the Omicron variant, which has confined entire cities to it, starting with the most populous, Shanghai.

In the arsenal of the zero COVID strategy, the disinfection of surfaces is part of an “attack in good standing” against the virus, a municipal official explained there in early May.

On videos posted online, we can see employees in full suits spraying apartments whose inhabitants have been placed in a quarantine center.

Furniture, clothes, food: no personal effects escape the disinfectant droplets in the accommodation whose inhabitants had to leave the key for this purpose before leaving.

Outside, the wave of disinfection is falling on sidewalks, the walls of buildings and even parks.

But in the opinion of experts interviewed by AFP, these efforts are quite futile in the face of a virus that spreads mainly through the air when you cough or sneeze.

“It is not necessary to disinfect on a large scale since infection by touching contaminated surfaces is not an important route of transmission”, observes Yanzhong Huang, public health specialist at the Council on Foreign Relations in New York.

Not enough to discourage the “dabai”, or “tall whites”, the employees in protective suits responsible for the task.

Shanghai, confined since the beginning of April, had sterilized no less than 13,000 residential complexes as of May 2, or 140 million m2, said deputy mayor Liu Duo.

The zero COVID strategy followed by the communist regime, despite its cost to the economy and public freedoms, is increasingly contested in Shanghai by residents who complain that they cannot see the end of it.

Forced disinfection does not help. A resident, who asked to remain anonymous, told AFP that his accommodation had been disinfected twice after returning from quarantine.

Each time, her family had to wait at the door for an hour.

Specialists question the usefulness of these measures.

While the virus can occasionally be transmitted via contaminated surfaces, “it does not survive long outside the human body,” Huang points out.

On the other hand, "the disproportionate use of chemicals such as chlorine can have a negative impact on health and the environment", he notes.

"It's like drawing a snake's legs," he says, quoting a Chinese proverb.

China prides itself on having limited COVID deaths so far, in contrast to the carnage recorded in Western countries. The communist regime sees this as proof of the superiority of its authoritarian model.

Disinfecting both interior and exterior surfaces could also have above all a political motive, speculates Dr. Leong.

"It's a very visible intervention that pleases senior officials" even if it hardly reduces the circulation of COVID, he believes.

A work which also shows everyone the determination of the communist power to eradicate the virus, underlines Yanzhong Huang.

“It gives the image of a heroic battle against an invisible enemy”.

1 Ayuso and Mañueco sponsor Rueda in the 'club'... 2 The Drummond Forest, an unexpected natural site 3 Send Ducati, suffer Honda 4 A 9th album for Candied Turnip 5 “Les Intranquilles” by Damien Bonnard: on edge 6 Discover the three finalists of the 26th edition of... 7 Here are 5 questions to the director of D.I.S.C.O. 8 Bones, a painting and a whole duo! 9 New novel by Agnès Ledig: making peace with the past 10 What is it to be beautiful? 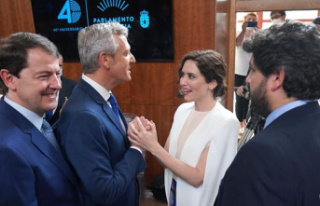 Ayuso and Mañueco sponsor Rueda in the 'club'...