Alfonso Rueda has opted for an act without great splendor, sober, but with the solemnity that the investiture of a president of the Xunta deserves. 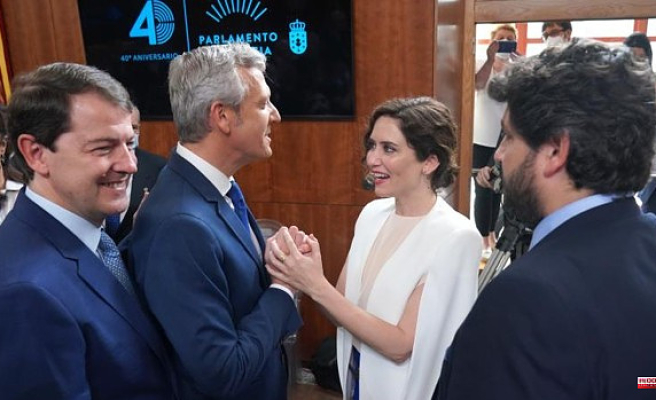 Alfonso Rueda has opted for an act without great splendor, sober, but with the solemnity that the investiture of a president of the Xunta deserves. It was ruled out, as was usual in other inaugurations, to put the pompous brooch of a ceremony in the Plaza del Obradoiro. But the leaves were opened, yes, of the imposing main door of the Galician Parliament, the one that only opens on big occasions. And the list of attendees who entered for her has also been up to the task.

They welcomed Rueda to the 'club' of popular regional presidents: «He has us at his disposal to continue promoting magnificent relations with Galicia».

The phrase is from Mañueco, before the press in a brief round of statements at the gates of the Galician Parliament after the investiture. But Ayuso and López Miras have used similar words to 'sponsor' Rueda as a new member of the regional 'club', and also about the future collaboration between their respective regions and Galicia, which was already fluid during the mandate of Alberto Núñez Feijóo.

The Madrid president, who had already arrived in Santiago on Friday and had taken a walk through the old town of Compostela, confirmed speaking with people that it is a "bittersweet" moment for Galicians, with Feijóo's march to Madrid. But that Galicia remains in good hands. He praised Rueda, "a very hardworking man, very committed and a very good person", as a replacement of guarantees to take charge of the Xunta: "The Galicians are going to have a great president, who goes out of his way for Galicia, who has his personality defined and will do an excellent job.

Along the same lines, the Murcian president confirmed that, despite the fact that Feijóo has left “the bar very high”, Rueda is a president of guarantees, who will have in him “a loyal ally”.

And Feijóo, leader of the state PP and already former president of the Xunta, has also welcomed "the sixth president of the Xunta", to whom he wanted to send "an affectionate hug". "Galicia will enjoy a new president with a lot of political experience, government experience, which will surely be used by Galicians," added Feijóo. He simply wanted to ask Rueda for "work, dedication, commitment and always putting Galicia above all else, because that is compatible with the interests of Spain." Feijóo gives Rueda his seat in the 'club' of popular regional presidents.

1 The Drummond Forest, an unexpected natural site 2 Send Ducati, suffer Honda 3 A 9th album for Candied Turnip 4 “Les Intranquilles” by Damien Bonnard: on edge 5 Discover the three finalists of the 26th edition of... 6 Here are 5 questions to the director of D.I.S.C.O. 7 Bones, a painting and a whole duo! 8 New novel by Agnès Ledig: making peace with the past 9 What is it to be beautiful? 10 The G7 "will never recognize the borders"... 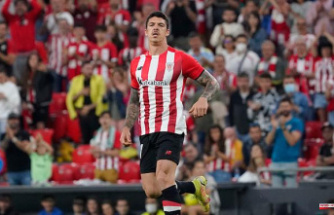 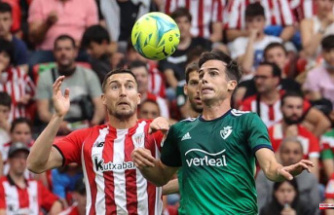 Athletic will play it all in Seville 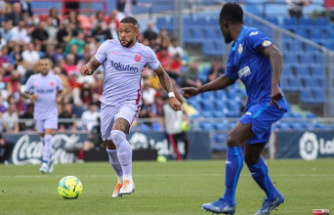 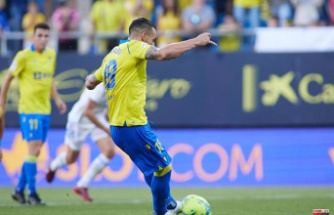 Cádiz forgives the champion and no longer depends on himself 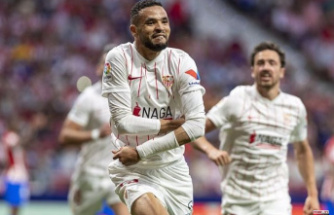 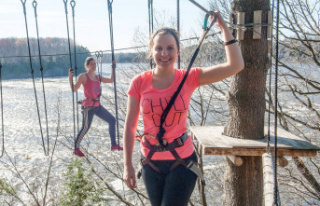