An accident between Checo Pérez and Carlos Sainz prematurely ended the last qualifying heat in Monaco, when all the drivers tried to improve their times in a last lap that was aborted by the red flag. 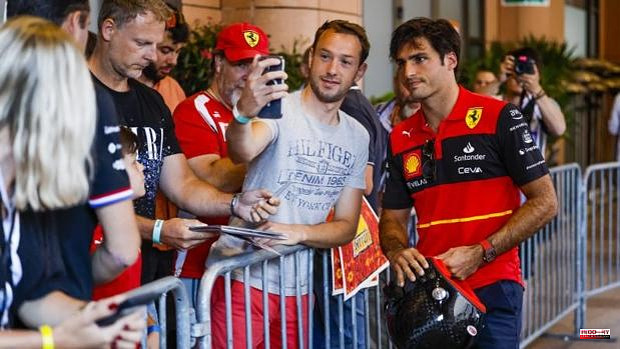 An accident between Checo Pérez and Carlos Sainz prematurely ended the last qualifying heat in Monaco, when all the drivers tried to improve their times in a last lap that was aborted by the red flag. The Mexican from Red Bull skidded before entering the tunnel and Sainz, who was immediately behind him, could not avoid it and hit his car. Despite the incident, Sainz was second and will start on the front row alongside Leclerc, who set the fastest lap. Disappointment for Verstappen, who finished how much, behind the Red Bull of his teammate Pérez. Fernando Alonso will start in seventh position. The Asturian also went to the wall on that last lap.

"It's very special. I am incredibly pleased.

Everything went well and everything turned out perfect. It's great to be able to have Carlos on that front line. On the dry it is more predictable but we are competitive no matter what comes, “said the Monegasque. «Pérez has gone to the wall, I had to stop and avoid it but it was a shame. He is Monaco and he believed that he could have gotten the pole but it could not be due to a new incident. Tomorrow we will have to finish the job. We are in a good position to try to achieve a good result for the team”, added Carlos Sainz.

The two Ferraris and the two Red Bulls started as clear contenders for pole. The leader, Max Verstappen reached the classification after showing the most conservative version of him on the Monaco street circuit. Carlos Sainz came out on top in the final free practice for a few moments on the final set of tyres, but was then overtaken by team-mate Leclerc, who appears to have one more point in the one-lap home race. In any case, pole position was not ruled out for the man from Madrid, a great specialist in urban layouts, in a circuit that penalizes like few others any minimal traffic incident, flags or touching the barriers.

Hamilton suffered in Q1. What it has been and in which it has to be seen. In addition, an accident by Tsunoda with two minutes remaining caused a red flag and the practical impossibility of improving the times. Albon (Williams), Gasly (Alpha Tauri), Stroll (Aston Martin), Latifi (Williams) and Zhou (Alfa Romeo) were the drivers eliminated in the first heat. In Q2 the favorites passed, who were joined by Fernando Alonso by the hair. Tsunoda (Alpha Tauri), Bottas (Alfa Romeo), Magnussen (Haas), Ricciardo (McLaren) and Schumacher (Haas) fell.

Wellness pool: Foldable bathtub: For more moments of well-being in the bathroom

Video: "How did I survive that?" - Pensioner reports rocket fire on her house in Kharkiv
BREAKING NEWS 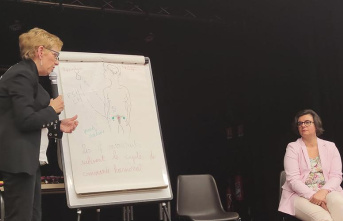 Jurancon: Endometriosis explained for the public