Shireen Abu Akleh was a journalist for Al-Jazeera who was killed in May 11th in the occupied West Bank.

Shireen Abu Akleh was a journalist for Al-Jazeera who was killed in May 11th in the occupied West Bank. She was shot by an Israeli soldier, according to the Palestinian chief prosecutor.

The Palestinian Authority of Mahmoud Abbas, and Al-Jazeera Qatari Channel accuse Israel of killing Shireen Abu Akleh close to the Jenin refugee Camp. This is a stronghold of Palestinian armed factions. Israeli forces were conducting a raid that day.

Thursday evening saw Akram al-Khatib (chief prosecutor for the Palestinian Authority) reveal the conclusions to his report at a Ramallah press conference.

A statement made by the prosecutor at a press conference stated that Shireen Abu Akleh was hit by a 5.56mm caliber bullet from a "RugerM40" American sniper rifle. However, the official report of his office, which was later consulted by AFP rather mentions a Ruger Mini-14 presented as a semiautomatic weapon.

A bulletproof vest was worn by the journalist from Palestine, an American journalist. The word "press" was written on the vest. She was also wearing a hard hat. When she was struck by the bullet, her helmet was cut. Another journalist was also injured and shot. The prosecutor stated that three more bullets struck a nearby tree and that all five projectiles were from the same weapon. An AFP journalist at the scene said that no Palestinian fighter was found near the group of reporters stationed in the open area near the camp's entrance.

According to the Palestinian prosecutor, the jeep of Israeli forces was located 200 meters from journalists. The bullets were fired approximately 170-180 metres away. He stated that the traces found on the tree were concentrated at a height between 127 and 178 cm. This indicates that the shooter was aiming for the upper body with the intention of killing. An AFP team discovered this week that the impacts of three bullets can still be seen in the tree's trunk.

"All these facts, including the type of projectile, weapon, distance and the fact that she was wearing a press jacket , lead us to conclude [Shireen] Abu Akleh had been the victim of murder. He added that the only source of fire was from the Israeli occupation forces.

CNN, an American channel, also reported that Israel was responsible in an earlier investigation. Chris Cobb-Smith stated to the outlet that the number of marks on Shireen's tree shows that it was not an accidental [automatic weapon editor's note] shot, but a targeted one. A security consultant and expert in ballistics.

A preliminary Israeli investigation has shown that it is not possible to determine the source of the bullet that killed Al-Jazeera journalist. In rejecting international investigations, the Jewish state cited the "seriousness” of its internal legal proceedings. The Palestinian Authority refused to cooperate in the Israeli investigation.

On Thursday evening, Benny Gantz, Israeli Defense Minister, called a "brainless lie" any claim that the Israeli military deliberately targeted journalists or civilians not involved in violence. He also lambasted both the Palestinian report as well as the CNN survey.

The Israeli Defense Ministry did not make public any accounts of soldiers who were in the Jenin region at the time of this tragedy. 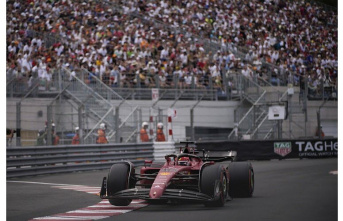