On Friday, May 27, Vanuatu declared a climate emergency and announced a $1.

On Friday, May 27, Vanuatu declared a climate emergency and announced a $1.2 million plan to reduce the effects of climate change. In a speech to Parliament, Prime Minister Bob Loughman stated that the Earth is already too hot. "We are now in danger, and not only in the future."

Bob Loughman acknowledged the fact that the Pacific region has already been affected by severe weather events and sea level rise. The archipelago, home to 300,000 people, has been affected by two devastating cyclones in the last decade.

The motion was unanimously supported by Parliament. It follows similar climate emergency declarations made by dozens of countries including Canada, Britain, and Fiji. The Prime Minister stated that Vanuatu has the responsibility of ensuring that responsible nations respond to the urgency and magnitude of the crisis. Before you add:

Vanuatu is leading a diplomatic campaign in order to get a legal opinion of the International Court of Justice (the highest court of the United Nations) on the effects of global warming.

Although the small Pacific state hopes that the ICJ's legal opinion is not binding, it will help to create international legislation to address the human and material consequences of global warming. This initiative will be discussed at the September UN General Assembly.

The Prime Minister also announced a $1.2 million plan to reduce the effects of climate change. He stated that the majority of the funding would have to come from donors countries.

Penny Wong, Australia's foreign minister, visited Fiji this week and promised that she would soon introduce ambitious greenhouse gas emission targets. She also said that Australia was a candidate to co-organize a UN COP Climate Summit with the Pacific Islands.

Penny Wong assured Canberra that it will not "disrespect" Pacific countries and "ignore their calls for action on climate. 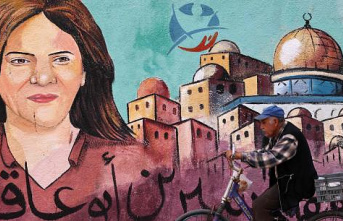