A European looks hesitantly at the black monster in his hand. 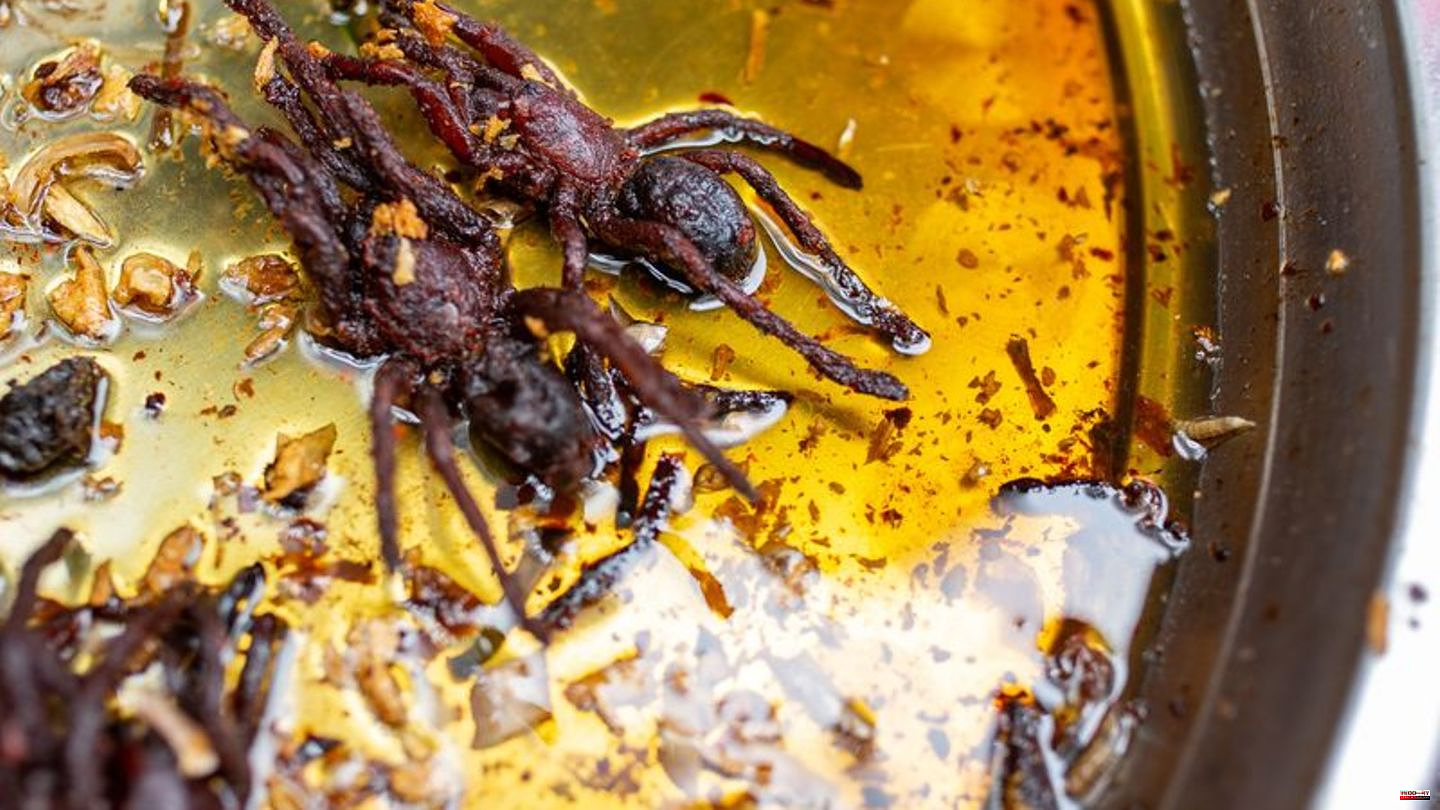 A European looks hesitantly at the black monster in his hand. Then he takes courage and bites one of the eight spider legs with a grimace. He carefully begins to chew on the crispy fried limb, but when it comes to the massive body, he gives up.

Eating a tarantula is not for everyone. In Cambodia, however, the eight-legged animals are a popular snack - especially at the market in Udong, a good hour's drive north of the capital Phnom Penh.

Food stalls line the base of a wooded hill. The smell of roasting meat wafts through the air. Dozens of vendors loudly advertise their products while Buddhist drums can be heard from a nearby temple. Amidst the idyllic scenery, Nai Sin sits behind metal bowls piled high with fried insects - and also hundreds of savory tarantulas cooked in oil. Snacking on the species Haplopelma albostriatum has a long tradition in the Southeast Asian kingdom.

"I've been selling insect snacks for about a year now," says the 25-year-old, who also sells mountains of fried crickets. The spiders are caught in Kampong Thom Province, two hours north, and then sold in large numbers to the market traders. "The tarantulas are simply delicious - without any chemicals!" enthuses Nai Sin.

When hunting, the spider catchers in Kampong Thom dig holes in the ground and use wooden sticks to poke in them until the crawlies come out. The two poisonous claws are then immediately removed from the animals. The palm-sized eight-legged creatures are handed over to middlemen, who in turn deliver them to the market. An ugly detail: the animals are usually still alive when they come into the pan. They are then fried until crispy in a mixture of salt, sugar, fish sauce and garlic.

Ma Nich just bought a tarantula and several crickets at the market. "I prefer barbecues, they're easy to eat and taste slightly salty," she says. "The tarantula's legs taste good, but it gets difficult with the body, you can hardly swallow it." Other test eaters also describe the beasts as quite tough.

She doesn't make a lot of money with the spiders, says saleswoman Nai Sin. "They are already expensive when I buy them." At their stand, the delicacy costs one dollar a copy. "I make $25 on good days, but much less on bad days."

Tradition from the times of the Khmer Rouge

Cambodians have been eating spiders, beetles, ants, and other creepy crawlies for decades. The tradition dates back to the brutal Khmer Rouge regime. Between 1975 and 1979, a bloody reign of terror reigned under dictator Pol Pot. It is estimated that more than 1.7 million people lost their lives during this period as a result of forced labour, famine, torture and murder. In order to survive, many starving people began to eat insects and spiders.

But even today, the small animals are a useful source of food. According to experts, eating insects and spiders is a good alternative to the high CO2 emissions of meat production, especially in the wake of climate change and its consequences for the planet. Since insects require significantly less food than cattle, for example, and above all produce no methane, they are a sustainable food.

In general, the little animals are also healthy: they are rich in fiber, unsaturated fatty acids, vitamins, minerals and proteins. If you believe some Cambodians, eating tarantulas is even said to help cure respiratory diseases.

Before the corona pandemic, spiders, crickets and the like had become a new trend even in upscale restaurants: in Sieam Reap near the temples of Angkor there was the Bugs Café (bug café), which had fried scorpions and fried tarantulas on the menu . In Phnom Penh, Romdeng Restaurant offered crickets and spiders, while Friends served beef stew with red ants. But due to the border closures and the slump in tourism, many of these bars had to close.

Meanwhile, not all Western tourists react with disgust to Udong's exotic eateries. "I'm very open to all kinds of culinary experiences, but I never thought I could like tarantulas," says Daniel, a Pole who recently traveled through Cambodia for a month. "But I wanted to embark on the adventure and bought one at the market," he says. "Amazingly, I ate the whole thing." The animals are nice and crispy and the mixture of sweet and savory spices tastes wonderful. With a mischievous smile, he says: "Fried tarantulas have become one of my favorite snacks." 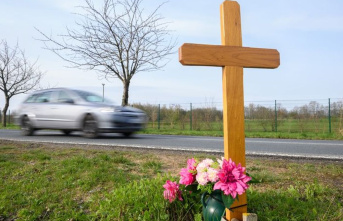