Ukraine has already made a first estimate of the economic damage caused by the Russian invasion. 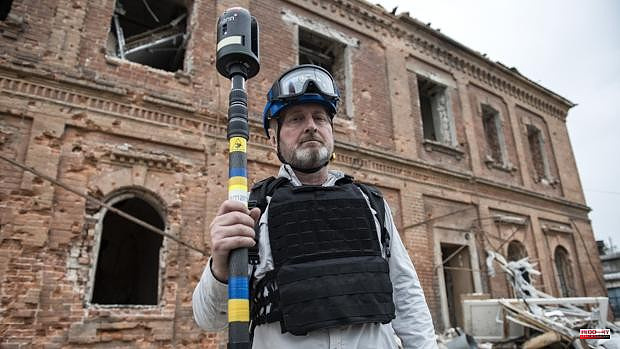 Ukraine has already made a first estimate of the economic damage caused by the Russian invasion. According to Maksym Nefyodov, from the kyiv School of Economics, in May the bill related to the destruction of infrastructure already amounted to 92,000 million dollars, to which must be added 600,000 million more derived from losses in multiple sectors of the economy: from agriculture to industry.

Andriy Ivko, one of the heads of the State Road Agency of Ukraine, adds that even if the war ended today, it would take three or four years and more than 27 billion euros just to repair the roads, which have been seriously damaged by more than three months of constant bombing: "24,000 kilometers of the network and 300 structures, especially bridges, have been damaged," he reports.

To all this must be added the arduous reconstruction of tens of thousands of residential buildings that have been completely or partially destroyed, a task that can take a decade but for which the first reconstruction battalions have already begun to form. Their goal is to work in non-combat areas where shelter for residents is most urgent, and towns like Lviv have already advanced plans to install temporary modular buildings.

But there is damage that goes beyond economics. It is enough to see how in all the attacked cities statues and national monuments have been protected with shields made of sandbags and wooden panels to prevent the bombs from destroying Ukraine's artistic heritage. However, doing the same with historic buildings is impossible. And many of them have been severely damaged.

To record the situation in which they have been left, the Ministry of Culture, in collaboration with the Historical Emergency Response Initiative (HERI), have launched a project that falls on the shoulders of Emmanuel Durand, a three-dimensional laser tomography specialist who has two weeks working as a volunteer. In the curriculum of this French is the scan of the silos that were blown up in the shocking explosion that destroyed part of Beirut, a study that, carried out over time, has shown that half of it is tilting dangerously.

In Ukraine, its objective is to record the situation in which buildings as relevant as the Kharkov fire station, built in 1883 and the victim of several Russian projectiles, have remained. On its perimeter, protected by a helmet and bulletproof vest, Durand operates the small ball that registers every last detail of facades and interiors. Every seven minutes he completes a 360-degree sweep, and it's time to start over from another angle. «I create a file called a point cloud and, in the case of this building, it will capture about a billion points in two days of work. That is the base with which many things can be done later », he explains while in the distance the rumble of the bombs is heard.

The points recorded by the Durand laser are used to carry out a structural assessment that determines if the wooden tower of the building remains in a vertical position or if the walls have been deformed. "It also allows calculating the depth of the sinkholes caused by the bombs," adds the specialist. This information will be vital for those who have to restore the building. “You can create a virtual reality model that allows you to move in and around buildings. With this information, architects can create very precise plans and details, even sections of the areas that interest them », he explains. It is a process similar to that of an MRI of the brain.

Durand points out that all these three-dimensional maps draw an environment with such fidelity that they can be used in movies or video games. "Instead of basing the work on photographs or drawings, there is a 'software' called 'unreal engine' that you can give this point file to create a visual environment in which you can add lights, people and objects. With this you can make a movie or a video game about the war in Ukraine », he says, adding that the artistic images generated by the scanner are also a powerful communication tool.

At the moment, the main use of his work will be in the field of forensic science. "The experts will be able to determine more exactly what happened: from what point the projectile hit, how powerful it was, etc.," says Durand when a fine rain begins to fall. And at that moment he remembers another of the functions that this technology can fulfill, although he recognizes that it is not his field: «In a mass grave like the ones in Bucha, where there may be 200 people buried, you can do a scan while you dig, every 50 centimeters until reaching the bottom, to later create a map with all the bodies determining the exact position in which they were found", something that can help in the investigations of war crimes that Ukraine is carrying out with the difficult objective that Russia pay on two fronts: economic and judicial.

1 Moscow exports six times more weapons to sub-Saharan... 2 Putin justifies himself before Africa and blames the... 3 The Spanish Enerside connects its fourth solar park... 4 Hortensia Herrero inaugurates the immersive art installation... 5 Schedule and where to see Swiatek - Gauff, the women's... 6 Meadows will not be charged for the ex-Trump aide... 7 McCormick gives in to Oz during the Pennsylvania GOP... 8 Charli D’Amelio looks stunning in a Neon Yellow... 9 Katie Maloney Responds to Raquel Leviss' Observation... 10 Kylie Jenner sunbathes on a boat in a Sexy Silver... 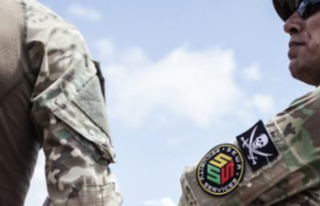