The Civil Guard of Alicante investigates two people who were traveling in a vehicle that fled in the Alicante town of Monforte del Cid. 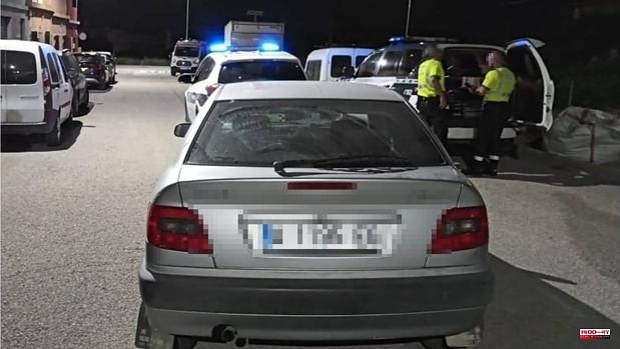 The Civil Guard of Alicante investigates two people who were traveling in a vehicle that fled in the Alicante town of Monforte del Cid. The chase lasted nearly an hour. One of those investigated is the driver of the car, in which three other people were traveling, and who did not hesitate to cross roundabouts and drive long stretches in the opposite direction, seriously endangering everyone's safety. The other investigated, the co-pilot, caused injuries to one of the Civil Guard agents when he was about to identify him, after getting the car to stop moving.

Last night of May 13, 2022, while the agents of the Civil Guard of Traffic carried out a specific security surveillance control of the road, on the CV-831 road as it passed through Monforte del Cid, they observed that a car that was traveling in the direction of the control turned around making a prohibited maneuver and starting a race to escape.

The agents quickly got into the official vehicles starting a follow-up.

During about 50 minutes in which the vehicle, making detours, passed through the town of Orito and continued towards Agost, the driver of the fleeing car ignored all the signs of the agents that told him to stop driving, putting at serious risk their own safety and that of other users, including agents. He circulated long stretches in the forbidden direction and crossing through the roundabouts that he found on his way. However, the agents, who were careful at all times not to cause greater risks than the one they were already facing, managed to overtake him on CV 820 as he passed through Agost, forcing him to stop.

Once they managed to get the tourism to stop moving, the agents verified that four people were traveling inside. The driver has been investigated, a 20-year-old young man who is charged with a crime of reckless driving with obvious danger to the integrity of other people, another crime for lacking a driving license and another of serious disobedience to police officers. authority. After being tested for alcohol and drugs, he tested negative.

The co-pilot, a minor under 17, has also been investigated, who is charged with a crime of serious disobedience and another of attacking law enforcement officers, since he attacked the officers to try to avoid being identified, causing injuries to one of them. .

The other two occupants have been without responsibility. The vehicle has been intervened and made available to the Judicial Authority. The proceedings have been delivered to the Courts of Novelda and the Juvenile Prosecutor's Office of Alicante.

1 Narcos in the Cañada Real: almost twenty from the... 2 The new Line 10 of the Valencia Metro offers night... 3 Ruth Pindado leaves the PP after 'losing'... 4 Valencia brings together the greatest experts in the... 5 A hot hand derby, foil at Antony, tennis on the Champs...... 6 “The Snow Panther”: a dazzling documentary 7 “Pleasure”: foray into the pornography industry,... 8 “Against Real, PSG enchanted me for two and a half... 9 Drones of the Ukrainian war: from the Turkish bayraktar... 10 The Rubiales whistleblower plans to expand the brief... 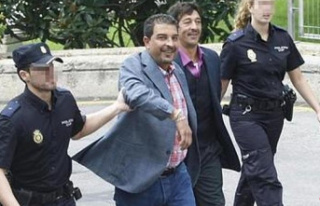 Narcos in the Cañada Real: almost twenty from the...