"When a species disappears, the entire ecosystem is altered," explains Ignacio Jiménez, a member of the International Union for Conservation of Nature (IUCN) Conservation Translocation Group. 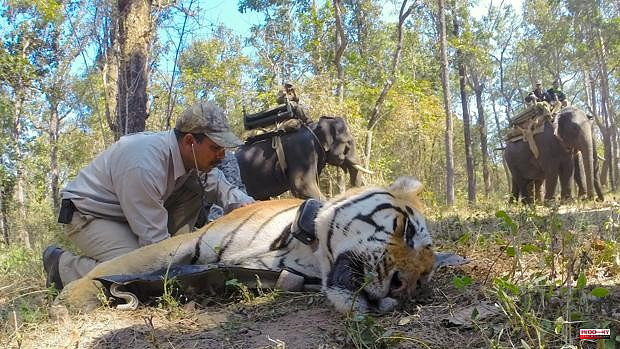 "When a species disappears, the entire ecosystem is altered," explains Ignacio Jiménez, a member of the International Union for Conservation of Nature (IUCN) Conservation Translocation Group. And as in a domino effect, the consequences extend to human populations.

Therefore, the current decline in biological diversity threatens the economy, livelihoods, food security and quality of life around the world, the Intergovernmental Platform on Biological Diversity and Ecosystem Services (IPBES) recently warned.

Although he also pointed out that we have effective practices to reduce risk, such as the reintroduction of wild animals that play key roles in the environment. But this action is not without risks and problems.

To share experiences and face solutions, a cast of the most experienced experts in this field, from the five continents, will meet next week in Valencia at the I Global Meeting of Conservation Translocation Practitioners, which will be held at the facilities of one of the its co-organizers, the Oceanogràfic, from May 23 to 25.

"Never before have professionals in conservation translocations with more than twenty years of experience, from all over the globe, come together to share their experiences and discuss challenges and solutions from practice, not from an academic perspective," emphasizes Jiménez, who coordinate the event. From the dialogue of these first swords of conservation, a scientific article will result that collects the main challenges they face and the possible solutions. "Although the environmental, social and political context marks important differences, there are fascinating parallels through time and space," says the conservationist.

Among the attendees will be the internationally renowned conservationist from the Wildlife Institute of India, Yadvendradev V. Jhala. He is the main person in charge of an ambitious plan that represents a world milestone: the transfer of a large carnivore from one continent to another, from Africa to Asia, so that in his country there will be cheetahs again. Also, he has been involved in the reintroduction of tigers in areas where they had disappeared.

The meeting will be attended by representatives from Argentina, a country that is at the forefront of this discipline. This is the case of the biologist Sofía Heinonen, responsible for a paradigmatic success: the reincorporation of the jaguar in livestock areas of the Esteros del Iberá, in northern Argentina. Not only did they get the population to overcome their reluctance to what in principle could harm their livelihood, but they also got them to support the initiative fervently. In addition, it has incorporated other wild animals such as anteaters, pampas deer and macaws, among others.

South African veterinarian Markus Hofmeyr will also attend, along with his colleagues Simon Naylor and Mark Stalmans, one of Africa's most experienced translocation conservationists. He is responsible for the capture, transport and release of thousands of large predators and wild megaherbivores throughout the continent, in areas of abandoned crops. Special mention has his contribution to the recovery of the rhinoceros.

In addition, they will expose their conservationist experiences by the stature of the Catalan biologist Deli Saavedra, responsible for Landscapes at Rewilding Europe since 2012; Carl Jones of the Mascarene Islands and who was distinguished with the Order of the British Empire for his work rescuing endangered species in Mauritius. Also speaking will be Australian ecologist John Kanowski, who coordinated the reintroduction of 15 threatened mammal species in Australia; and the American Mike Phillips, who played a key role in the return of gray wolves to Yellowstone in the 1990s.

In the opinion of Daniel García, director of Zoological Operations at the Oceanogràfic and co-organizer of the meeting, "modern zoos and aquariums such as the Oceanogràfic must gain more relevance as allies of conservation, at the current time of accelerated loss of biodiversity." They provide education and awareness to the public that visits them -increasingly disconnected from nature-, programs for the recovery of endangered species and research to obtain key knowledge in the protection of wild animals.

But, in addition, "they must also generate meeting opportunities and discussion forums between the main actors that participate at different levels within the development of species conservation strategies," he adds. It is in this context that this first World Meeting of Species Reintroduction Specialists is being held.

1 A hot hand derby, foil at Antony, tennis on the Champs...... 2 “The Snow Panther”: a dazzling documentary 3 “Pleasure”: foray into the pornography industry,... 4 “Against Real, PSG enchanted me for two and a half... 5 Drones of the Ukrainian war: from the Turkish bayraktar... 6 The Rubiales whistleblower plans to expand the brief... 7 A first case of monkeypox in France 8 [LIVE] 86th day of war in Ukraine: here are all the... 9 Russia raises the military captured in Azovstal to... 10 Montérégie: a vehicle ravaged by arson in Saint-Isidore 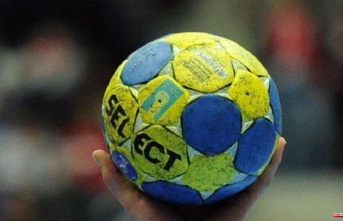 A hot hand derby, foil at Antony, tennis on the Champs......