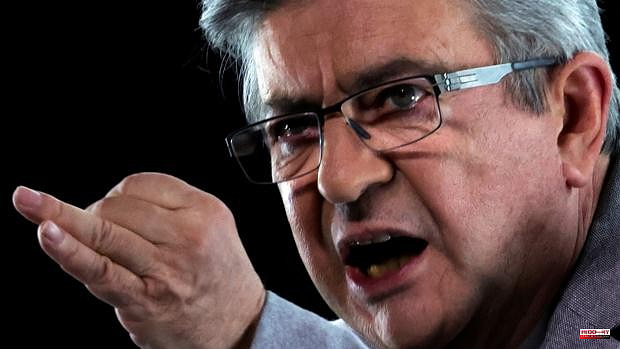 According to estimates by the evening paper 'Le Monde', Macron's party, Renaissance, and the small groups that support the president (centrists, liberals, independents, even ultra pale pink socialists), united in a reformist coalition, Together, add up to 28% of voting intentions in the first round. Conservatives, liberals, and reformists coexist in this social, cultural, and political bloc, who have the vote of the more or less well-to-do middle classes, men and women over 40 years of age, with relatively higher incomes than the average.

Not forgetting the electorally conservative pensioners and farmers.

According to the same Le Monde study, the New Popular, Ecological and Social Union (NUPES) has 27.5% of voting intentions in the first round, integrating all the left (PS, PCF, Ecologists, extreme left), under the absolute leadership of La France Insumisa (LFI, populist extreme left), the party of Jean-Luc Mélenchon. His electorate is essentially young, lives largely in the suburbs, and considers himself a victim of the economic crisis. Integrated into NUPES, historical socialism and communism are "diluted" in an anti-European, anti-Atlantic, protectionist coalition with economic proposals for a lot of public spending, which would distance France from the euro zone.

The traditional right of the Republicans (LR, the party of Nicolas Sarkozy, heir to the rights of General de Gaulle, Giscard and Chirac) has 11% of voting intentions. Its historical collapse or its problematic "rebirth" is at stake.

With these voting intentions, in the first round (Sunday the 12th), the second and decisive one (Sunday the 19th), it is announced that it is relatively favorable to the Macronist coalition.

In the first round, the French electoral model favors diversity and fragmentation. In the second round, minority parties, loose coalitions, can lose a lot of ground.

According to the set of estimates by Le Monde, LCI, Challenges, L'Express and BFMTV, Macron's party, Renaissance, and his coalition, Together, could achieve, in the second round, an absolute majority of 295 deputies, in a National Assembly, which has 577 seats. Even if the "macronía" did not reach an absolute majority (289 deputies), a modest relative majority would allow it to govern alone.

On the left, NUPES could get between 180 and 190 deputies. An exceptional entrance of the extreme anti-European left in the National Assembly (AN), accompanied by the historical marginalization of the PS. Mélenchon, a leader of the populist extreme left, aspires to “impose” Macron's candidacy for him as prime minister. Hypothesis still very far from reality. In the absence of knowing the final results.

On the far right, the dogfight between Marine Le Pen and Éric Zemmour will have a heavy political cost: the right wing will make a spectacular entrance in the National Assembly (AN), but will be the victim of its divisions.

The Republicans (LR, traditional right) aspire to achieve or preserve a parliamentary group of 40 or 50 deputies, which could function as a "hinge" party in permanent hustle and bustle like Macron's party.

With very high abstention, which could be higher than 40% of the electorate, these estimates may be qualified. However, in France, polls and estimates have historically been very accurate, with margins of 1-2% on possible errors. In the absence of "shading" the panorama of the latest polls, everything seems to confirm that France is entering an area of ​​very deep political turbulence, with the historic parties sinking and the spectacular emergence of populist extremism, with Macron exercising a solitary personal power.

1 Brussels endorses the entry of the investment fund... 2 Máximo García Padrós: "There remains an important... 3 Carlos Val-Carreres: «Bullfighting surgery has taken... 4 Juan José Padilla, to the bullfighting surgeons:... 5 Isabel Díaz Ayuso: "Madrid is the world capital... 6 "ABC will continue to defend bullfighting and... 7 Ignacio Ybarra: «Bullfighting has no ideology, it... 8 The Hunting Federation of the Valencian Community... 9 The IVAM summer school will transform the museum into... 10 A Ukrainian sniper kills 'The Executioner',... 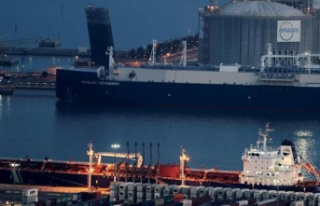 Brussels endorses the entry of the investment fund...