UVALDE (Texas) -- Infuriated onlookers called for police officers to enter the Texas elementary school where a gunman killed 19 children and 2 teachers. Witnesses said that the massacre lasted more than 40 minutes. The Border Patrol team killed the shooter, who was 18.

"Go in there!" "Go in there!" Juan Carranza, 24, witnessed the incident from his home, just across the street from Robb Elementary School, in the small town of Uvalde. Carranza claimed that the officers didn't go in.

Javier Cazares was the father of Jacklyn Cazares (4th grade), who was killed in the attack. He said that he ran to the school after hearing about the shooting and arrived at the scene while the police were still outside.

He was furious that no police officers were coming in and suggested that he and other bystanders charge into the school.

He said, "Let's just hurry in because the cops don't do anything like they should," "More could be done."

He said, "They were not prepared."

Carranza had just seen Salvador Ramos crash his truck into a ditch near the school. He then grabbed his AR-15-style semiautomatic rifle and fired at two people who were standing outside a nearby funeral home.

Officials claim he "encounters" a school security officer outside the school. However, there are conflicting reports by authorities about whether they exchanged gunfire. Travis Considine, spokesperson for Texas Department of Public Safety, stated that he ran inside and fired on two Uvalde officers outside the building. Both officers sustained injuries.

Ramos rushed into the school and started to kill after he entered.

According to Lt. Christopher Olivarez of Department of Public Safety, he "barricaded himself in the door and just began shooting children and teachers who were inside that classroom." It just shows the total evil of the shooter.

He said that all the victims were in the same class.

Steve McCraw, Director of the Department of Public Safety, told reporters that between when Ramos shot at the school security officer and when the tactical team shot Ramos, 40 minutes to an hour passed. However, a department spokesperson later stated that they couldn't give a precise estimate of the time the gunman had been in the school or when his death occurred.

McCraw stated that "the bottom line was law enforcement was present." They engaged immediately. They contained (Ramos), in the classroom.

A law enforcement official familiar in the investigation stated that the Border Patrol agents had difficulty getting into the classroom and had to ask a staff member to unlock the door with a key. Because he was not allowed to talk publicly about the ongoing investigation, the official spoke under the condition of anonymity.

Carranza stated that the officers should have been at the school earlier.

"There were many more. He said that there was only one of them.

Uvalde, a predominantly Latino community of approximately 16,000 residents, is located about 75 miles (120 km) from Mexico's border. Robb Elementary is a brick single-story structure with nearly 600 students in the second, third, and fourth grades. It is located in a predominantly residential area of modest homes.

1 Arrested for allegedly killing a man in Tarrasa after... 2 Matthew McConaughey spoke out about the shooting that... 3 Three reasons Trump's influence suffered a major... 4 Threats or witch hunts: schism in the First RFEF due... 5 A New Mexico fire destroyed the New Mexico Elk Calves.... 6 Twitter will pay a $150million fine for improperly... 7 The elderly couple from Uvalde who prevented a major... 8 "I don't know how to live without you":... 9 Oklahoma Governor Signs Nation’s Most Restrictive... 10 These are the Overlooked Strategies to Pay College 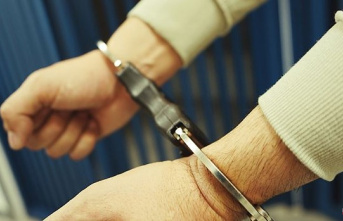 Arrested for allegedly killing a man in Tarrasa after...