The elderly couple from Uvalde who prevented a major tragedy: "Put down the weapons"

It is difficult to find someone in Uvalde (Texas) who has not been touched, almost directly, by last Tuesday's massacre at an elementary school. 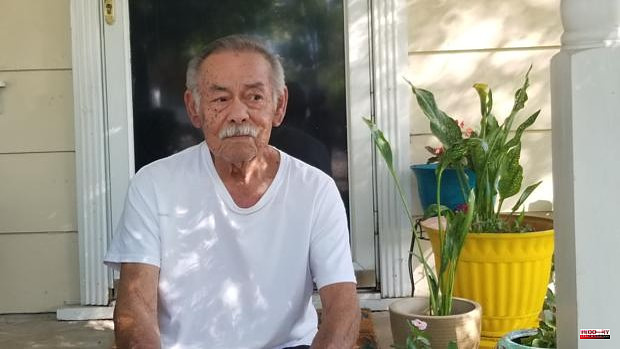 It is difficult to find someone in Uvalde (Texas) who has not been touched, almost directly, by last Tuesday's massacre at an elementary school. There, 19 minors and two adults died. There were also more than a dozen injured and hundreds of children that the extreme violence of that afternoon will remain tattooed in their memory.

Uvalde is a small city -15,000 inhabitants-, with a dense social fabric, in which everyone knows each other. There is no one who does not have a family member, friend or neighbor touched by the tragedy, as this newspaper has been able to verify in the last two days.

Gilberto -Beto those closest to him call him- Gallegos, 82, is no exception.

But he and his wife, Maria, were not only affected by the massacre; they also had a direct impact in minimizing it. And they were direct witnesses of how the tragedy was unleashed.

“I was there, in the middle of the entrance, when I heard two shots,” he explains while pointing to the front garden of his house, on Díaz street. Gallegos, with a burnt mustache and a face dotted with moles, recounts it sitting on the porch of his home, a simple one-story wooden building, like almost all of them in this simple neighborhood, with streets where the earth and sand make way for asphalt. Right in front of his house is that of the grandmother of Salvador Ramos, the 18-year-old who perpetrated the massacre. He wanted to start his misdeed by ending the life of the woman, Celia Martínez, who had welcomed him in recent months, after problems living with his mother.

"He - he does not want to mention the name of Salvador Ramos, the author of the tragedy - came out the door with a rifle that big - and opens his arms - and a backpack," he says with his wrinkled fingers glued to a cigarette. "He threw it all into the truck, got in, got it started, and sped off." This Wednesday, the skid marks were still in front of Ramos' grandmother's house, with a coquettish front garden, with pampered plants, the paint on the well-finished wooden boards and a group of chickens pecking on the lawn.

"After that, the grandmother left the house and told me 'Beto, look what my grandson did to me,'" he says. The woman had her hand on the right side of her face and blood was dripping from it. Beto's wife, María, was in the patio watering her plants and came with them. It was she who immediately called the emergency services and the police.

"Then we heard more gunshots and the three of us hid in the little room we have back there," he says, looking at the back of the house.

The school where the shooting occurred is very close to this location. Just two blocks, a right turn and another two blocks. Ramos sent the truck, which belonged to his grandmother, into a deep ditch near the school. Between the small accident and the call from María and Beto, the security forces arrived almost at the same time as Ramos at the school. That didn't stop him from barricading himself in one of the classrooms and unloading his assault rifle on the kids who were there and his two teachers. But maybe he did extend the killing to other classes in the school.

"I could not imagine something like this," says Gallegos, who insists that his neighborhood is "serious and silent." De Ramos only says that he was a "very lonely" boy and that he barely knew him.

At first, it was believed that Celia Martínez had also been shot dead by her grandson. But she was airlifted to a San Antonio hospital, like the rest of the critically injured. "I spoke with her husband, Rolando, and he told me that he was better, although she is going to need a lot of surgery," says Gallegos.

The old man is moved when they ask him what he asks of the country after this new massacre, with special pain for being in a school. "Finish the weapons," he says, unable to hold back tears. Make it harder to get to them. Make sure whoever accesses one knows what to do with it. This is going on too long. Finish off the weapons, we don't need them. We need Jesus."

1 "I don't know how to live without you":... 2 Oklahoma Governor Signs Nation’s Most Restrictive... 3 These are the Overlooked Strategies to Pay College 4 Cuba does not stop the stampede: another athlete escapes... 5 Straitchallenge Regatta, the great challenge for sailors... 6 The XXVI Tabarca Vela Diputación de Alicante begins... 7 Russia bombs more than 40 cities in its offensive... 8 The race against time for brands to sponsor Carlos... 9 Think with your hands, eyes and ears 10 The PSC now conditions the approval of the decree... 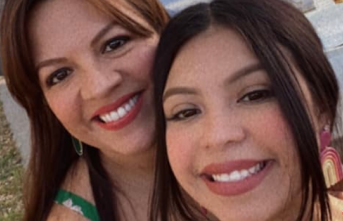