This suggests that Xi is taking the most significant step in fulfilling his promise to control China's property market. 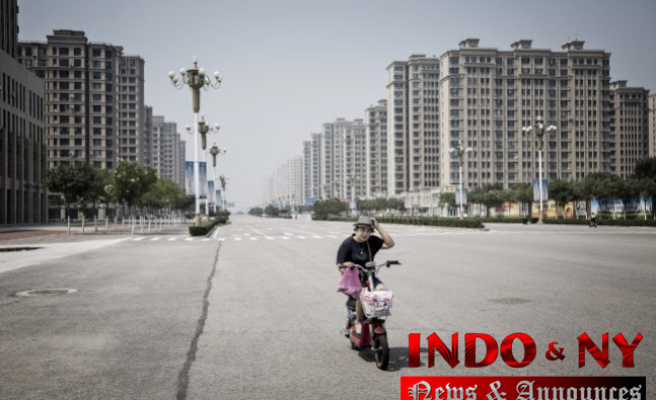 According to the Wall Street Journal, Chinese President Xi Jinping sent Han Zheng, a top deputy and senior vice prime minister, to expand property tax experimentation in more cities to try to impose a nationwide real estate tax.
"Houses should be used for living, not speculation," Xi said in 2016 for the first time.

Xi reiterated on Oct. 16 his commitment to reforming China’s property tax system. However, he did not call for a nationwide real-estate tax.

"We should promote legislation and reform of real-estate tax and do a great job in the pilot work," Xi wrote to Qiushi (the government's top policy journal).

The Wall Street Journal reports that Xi has been met with resistance by China's political elite over his plan to eventually impose a nationwide tax on property. They fear that imposing one would cause a crash in China's economy. However, observers point out that the same upper class might want to protect their personal property from the prying eyes tax collectors.

Despite possible resistance from the powerful and wealthy, property tax plans are gaining momentum at the top of China's government.

China's state-owned newswire Xinhua reported on Saturday that China's top legislative authority approved plans to expand a pilot property tax project to more cities across the country. Xinhua didn't specify which cities would be included in the pilot project. However, the scheme will run for five years and levy taxes in all residential and nonresidential properties within the pilot areas. Rural households are not exempted from the tax.

China's lack of property taxes is more than a flaw in its tax code. It's a policy that has fundamentally shaped and distorted China's economic boom. Experts agree that imposing a property tax is essential to curb China's unsustainable economic growth, namely rampant speculation as well as sky-high property prices. It will also help reduce financial inequality and promote more sustainable growth.

China's leaders have struggled for over a decade to overcome the obstacles necessary to transition to a national property tax. Xi may be China's most powerful leader of a generation and have the political clout to make it happen.

In 1987, Shenzhen, a southern city, began to sell land-use rights to developers in order to raise funds. This was inspired by Hong Kong. The Shenzhen model was adopted across the country and local governments started to rely upon land sales to increase their revenue.

The 1998 constitution enshrined private property ownership in national law by then-President Jiang Zemin. Bo Zhuang (a China economist at Loomis Sayles) said that imposing property taxes could have hindered Beijing's property development. Zhuang says that the tax base was so small that it made no sense to tax them.

The tax base grew rapidly. The opening of property to private ownership, without taxing owners, sparked a boom for Chinese real estate. China's only safe investment was to buy real estate. Chinese families could save their entire lives to buy homes, whose value quadrupled from 2000 to 2018, according economists Kenneth Rogoff & Yang Yuanchen. The assets would not be subject to tax.

The real estate market is now a major part of China's economy and accounts for 70% of China household wealth. Goldman Sachs estimated that China's realty market was worth $52 trillion in 2019, more than twice as much as the U.S. market.

China's real estate boom was a sensible move in a rapidly growing and urbanizing country like China, but China cannot rely on its continued growth in this sector which now accounts for 29% of its GDP.

Evergrande, a property giant, was recently bailed out by creditors. This led to the collapse of an industry where developers can build apartments that will never be occupied.

Zhaung says that China cannot continue to grow at the current pace. A property tax is the most important thing you can do to ensure sustainable Chinese growth. Zhuang claims that imposing a property tax would decrease demand for apartments and discourage property developers from building new apartment blocks and speculating on land.

Property taxes are a vital backbone for local government revenues in most developed countries. The U.S. has 30% of its revenue from property taxes. Local authorities can impose income taxes and other taxes to fund their operations. The central government has almost absolute control over China's taxation system and local Chinese governments rely on land sales for about a third of their revenues. They have little autonomy to impose taxes.

However, the water supply could dry up if there is a shortage of land for sale or if housing demand drops. Chinese developers cannot continue building new apartment blocks at the current pace.

Larry Hu, Macquarie Group's chief China economist, claims that local governments are too dependent on land sales to finance basic government services. Beijing must impose a property tax if it wants to maintain its financial viability and rein in the country’s housing market.

Hu believes that property taxes will eventually become a "better source of fiscal revenue" than land sales. This is because they can provide a stable, consistent income that is less dependent on land speculation or fluctuations in real estate prices. According to Centaline's chief analyst Lu Wenxi (property agency Centaline), property taxes could bring in 70-80% of the tax revenue that local governments receive from land sales.

The call for China to impose property tax can be traced back at least to 2007, when regulators were already trying to curb land speculation because of soaring real-estate prices and growing concern that middle-class families couldn't afford new homes.

China's first pilot program for property taxes enforcement was launched in 2011 by Shanghai and Chongqing. Officials at the time promised that the national policies would be adopted from the results of the pilot programs. However, the plans to expand the Shanghai-Chongqing experiment to other cities were abandoned by Wen Jiabao in 2013. Discussions of imposing a tax on property remained mostly dormant up to this week.

China's elite political leaders are some of the most wealthy in the world and often have large real estate holdings. China's wealthiest 153 lawmakers were worth $650 billion in 2018. According to Open Secrets figures, the total net worth of U.S. Congress was $3 billion in 2018.

"The local governments are not the biggest opponents to property taxes." Hu says it's political. If a tax is implemented, property owners will be required to pay substantial cash.

Xi, however, has been more willing than any other Chinese president to challenge the status quo in Chinese elite politics since launching an anticorruption drive as his first act as president.

Xi launched a new initiative for common prosperity this year. It aims to redistribute wealth in one the most economically unequal countries in the globe. Hu claims that property is the main source of wealth inequalities in China. This creates a generational gap where younger Chinese cannot afford the homes that their parents have.

Zhuang believes that a nationwide announcement on real estate taxes could be made within the next few year.

"I believe Xi is stronger than his predecessors and has the power to push a property taxes... "It's a new era," Zhuang says, explaining that a nationwide tax plan for property could be implemented as soon as 2023, assuming Xi is elected as the country's leader.

However, China is preparing to expand its pilot property tax scheme to other cities. There is strong opposition to this policy and it may take a slow transition from the current system.

Alfred Wu, a Chinese political professor at the National University of Singapore is less convinced that Xi’s administration is willing to enact a nationwide tax on property.

According to him, many of China's top-ranking government officials, who according to the Wall Street Journal, voted against Xi's proposal for a property tax in internal debates are aging and will likely oppose any property tax plan that could threaten their retirement savings. He also said that it was important to not discount the power of China’s middle-class homeowners. They would oppose any measure that could reduce the value of their homes.

Wu suggests that Xi may not be willing or able to overhaul China's tax system if China is facing an economic crisis more severe than the current Evergrande contagion. Wu also says that Xi may not want to do so because of the high political costs and his desire for China's short-term economic health.

Wu says that he doesn't see any real motivation to impose a tax on property in the current system.

Xi's pilot program for property tax may end up being just another intriguing experiment in China’s long struggle to resist a needed reform.

1 Today, senators can use Snap to Tell Senators and... 2 After a three-vehicle collision, A38 Lane was closed.... 3 Ash Sarkar, a threat to all, furious at YouTube channel 4 'Colin, in Black & White: How a Cultural Icon... 5 Dave Chappelle was praised for not bending to the... 6 Texas governor approves revised state voting maps... 7 GOP Election Chief who rejects Fraud Claims up for... 8 A Tennessee senator is indicted for campaign cash... 9 Exipure Reviews: Scam Customer Complaints, or Real... 10 Officials: Iran is behind the drone attack on US-based... 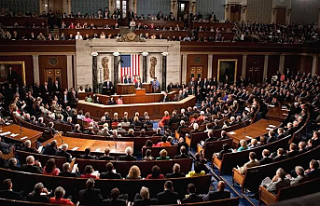 Today, senators can use Snap to Tell Senators and...