Cristiano moves away from the spotlights

The training of the Spanish team ends and, while most of the players escape from the scorching sun and leave the field of play, a few remain shooting penalties for several more minutes. 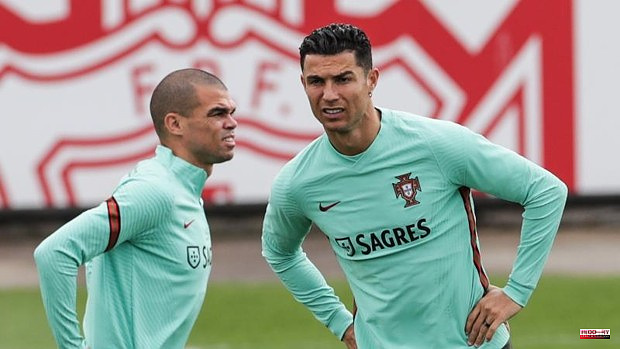 The training of the Spanish team ends and, while most of the players escape from the scorching sun and leave the field of play, a few remain shooting penalties for several more minutes. On the grass Luis Enrique also endures, who takes off his boots and walks barefoot feeling the grass oblivious to the rest of the world, turning his head over what he has seen. Thinking, perhaps, in his first eleven of this long concentration that will take the team to play four games in just eleven days. The coach, who also ends up sheltering on one of the benches to cool off, is the last to enter the interior of the facilities.

Calm down in this last gathering in Spain before the holidays, with the internationals oblivious to the federative messes that swarm through the Ciudad del Fútbol de Las Rozas.

The competitive tension is not appreciated at the moment, even though the journey in the Nations League starts tomorrow in Seville against Portugal. The Iberian duel brings together the two great favorites of a group that completes Switzerland and the Czech Republic, two teams that know each other very well, but that come to the duel in very different conditions. While Spain once again excites, semi-finalist in the European Championship and finalist in the last edition of the Nations League, Portugal returned from the pandemic in the doldrums despite having the most talented generation in its history. His distressing qualification for the Qatar World Cup, forced to overcome two playoff qualifiers, or his dismal performance at Euro 2020, generate alarm in a country that had become accustomed to success clinging to the quality of Cristiano Ronaldo. But even that seems to fail, because the Portuguese star is beginning to not be so decisive for his selection either.

With Cristiano it happens as with many other sports legends who reach an age. Anyone runs the risk of sticking their head in a hole if he decides to retire them early. At 37 years old, the Portuguese has continued to score a large number of goals (24 this season between the League and the Champions League) and achieving records within the reach of very few footballers. In this case, the bad campaign of his team is also projected on his own image.

But the passage of time is evidence. And also Portugal must learn not to be so dependent on its star. Cristiano added 6 more goals during the qualifying phase for the World Cup, although at the decisive moment he did not appear. He was kept to zero in the draw against Ireland that forced the Portuguese to play for first position with Serbia. Cristiano did not score in that defeat either, as in the two playoff games. Bruno Fernandes and Diogo Jota took the lead in the do-or-die matches against Turkey and Macedonia.

At Villamarín, the scene of the Spain-Portugal match, Cristiano will begin his preparation for what could be his last major national team championship without his immediate future being clear yet. United was left out of the Champions League, so if the Portuguese continues in Manchester, he will be left without playing the top continental competition for the first time in twenty years, a whole career.

For now, Cristiano Ronaldo is focused on his national team, with whom he has been training since last week under the orders of Fernando Santos. It will be the eighth time that Cristiano faces Spain, and his personal balance is bittersweet: he has two wins, three draws and two losses, which cost him elimination in the 2010 World Cup and Euro 2012. He hasn't shown too much aim. He accumulates three goals, those achieved in the 3-3 match between both teams in the group stage of the 2018 World Cup. In the rest of the duels, nothing.

1 Almadraba bluefin tuna: how to distinguish, cut and... 2 Immigration and gender: a double discrimination 3 Record Reviews of the Week: Moby, Malamute, Liam Gallagher... 4 Texas police: Texas teacher propped-opening door before... 5 After Uvalde, holiday weekend sees shootings nationwide 6 EU ban on Russian oil could be weakened by high prices... 7 As nation worries, Biden plans to fight inflation... 8 Cyber agency: Some states are vulnerable to voting... 9 A Clinton 2016 Campaign Lawyer was acquitted by the... 10 Experts: It's another busy hurricane season,... 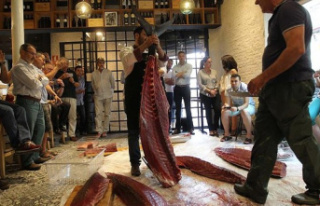 Almadraba bluefin tuna: how to distinguish, cut and...