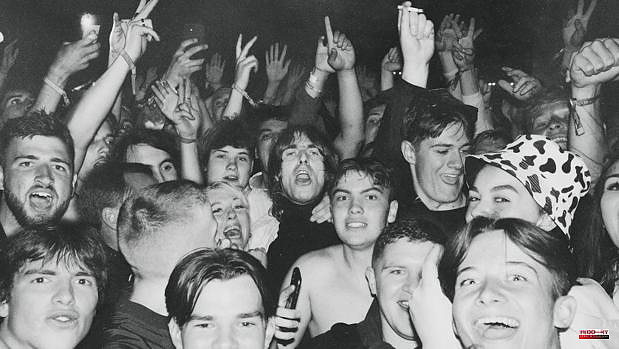 'After' is everything that comes after, and after an 'after' there is always another. When one door closes, another opens, from dawn to dusk, and not only is trapped in that circular and vicious process, long live the caenas, the people who are tumbling along the sidewalks, but also the Deutsche Grammophon, venerable record company that for several seasons has tried to survive the commercial exhaustion of its classical repertoire with the most adventurous - very often unsuccessful, the important thing is to participate - musical bets. The penultimate thing has been to translate Erik Satie's masterpieces into the language of electronic music, or something similar. May Walter Carlos come and see it, and may heaven judge them.

It is not easy to determine who started this fight at the wrong time, if the composers who, coming from the circuit previously known as 'indie', got tired of the superstructures of a stagnant and even involutionary pop and began to hit the brains and the key, out of elevation, desperation or curiosity, or if the fault lay with a company that sensed the beginning of a new era and took to the streets with the recorder on. Hunger was combined with the desire to eat and permeability became vinyl.

Through the Deutsche Grammophon (classical music label since 1898, seniority is a degree) people as disparate and consumable as Sting, Tori Amos, Elvis Costello, Bryce Dressner (The National), Nick Cave, Benny Anderson ( ABBA), Balmorhea or Rufus Wainwright. Now it's Moby who settles in the booth of a company for which last year he released 'Reprise', a presumably classical re-reading, by orchestral, of his greatest hits, and whose annex, 'Reprise Remixes', now represents the finished.

This is like the dough for croquettes: if there is any milk left over, add flour, and vice versa, until the desired point is reached and the dough comes out of the pan and puts everything lost. More milk. More flour. A non stop. Moby's new croquette is the result of deconstructing a synthetic work in the studio to make it analog -more milk, soft- and then, in a contradiction, handing it over to a group of remixers so that they put cane, machine and flour back into it, until leave it more or less as it was more than twenty years ago. As a distraction it's not bad, but it doesn't even make sense as an exercise in style.

You have to have a lot of art to sing the forty to who knows who in an 'a priori' innocent chorus like 'Your zodiac sign', but that ends with the phrase «I know you're a piece of shit, he's told me a lot people". You have to have no complexes to openly admit that your life goal is for someone to buy you a house in El Sardinero, so that you "never think about money again." And the height of self-confidence is convincing Ariadna from Los Punsetes to chant one of those great phrases that Irene -the voice of Malamute- releases as she turns each corner and that her partner Diego compulsively writes down to put together the lyrics of his songs : "If you give me a palace and good views, I might put you on my list." Insuperable.

Just two years ago, when we were beginning to lose confidence, the Cantabro-Madrid duo bombarded our lethargy with 'La spiral' and 'Everyone is in Japan', two long-range missiles that marked the way to this 'factory of hits' ( accurate definition of its producer, Carlos Hernández Nombela) who is a Malamute and who has been perfecting himself until now leading to his first album, 'Gran decepción'. If the self-respecting indie group should invoke Radiohead or Jesus and Mary Chain as a reference in its beginnings, the Malamutes remain so wide in vindicating La Oreja de Van Gogh, to the point that they threaten to wash our mouths out with soap if we mess with them. Instead of Czechoslovak cinema from the 80s, they admit that they like Hugh Grant and Meg Ryan movies. And so everything.

What in other groups would smack of self-parody or imposture, here you end up taking it seriously. One imagines Irene sitting at home all day watching bad movies and protecting herself from a hostile outside world in which people you never want to see again lurk. «I always have hopes and they are all disappointments», they proclaim in the middle of a sparkling melody that would invite peace and love to sing, something absolutely impossible for Malamute. Irene's boyish voice is a lure with which to sneak in songs that are ultimately closer to punk than tontipop. A rarity that, contrary to what the title of the album indicates, does not disappoint at all.

In 'Too Good For Giving Up' we hear a steel guitar between the arrangements of a folk-scented ballad that opens the floodgates of the imagination for good old Liam Gallagher to decide one day to make an album completely from another genre (country, chanson, rap, heavy...) and get out of the hole of comfort and commercial success in which he sits, a canonical pop-rock teacher heir to the Beatles and the Rolling, and risk other plots that his idols brilliantly traveled too ( some more than others) and that he himself, here, in 'C'mon You Know', tries timidly but with appreciable results.

The exOasis knows how to make songs very well, of course, for example 'Diamonds In The Dark', the emblem of the Mancunian's high melodic capacity, but the greatest grace of this third solo album is its detours to other softer environments such as the ethereal 'More Power', which opens, a final psychedelic coda a la Brian Jonestown Massacre, the aforementioned or 'Moscow Rules', co-written with Ezra Koenig from Vampire Weekend before Putin's invasion, makes it clear in his interviews, with suggestive keys, strings and winds and the fights of the Gallagher of balladeer crooner in his most exciting mask, hopefully a whole album out there. The worst thing is that it is his most open album. The best too. If Oasis weren't original at all when they came out, thirty years later to continue splashing around in the stagnant waters of rock is a sleepy aesthetic decision.

Now that 20 years have passed since 'Yankee Hotel Foxtrot', an uncontrolled blast that almost destroyed the band and a master class on how to build a masterpiece with your back to the industry, they go Wilco and pull a pure country double album out of their hat . How they hear it. 21 songs, an hour and a quarter in the bag, of open spaces, dusty plains, 'steel guitar' in a panoramic version and the rattle of a locomotive that spits out steam and carelessly covers kilometers. Thus, retracing the path and closing all the floodgates, hatches and small windows that have been opened since they changed gears with 'Summerteeth', the Chicagoans return home. To the ashes of Uncle Tupelo and the classic scent of 'Being There'. To the solid foundations of 'Hotel Arizona' and to that Mermaid Avenue where they bumped into Billy Bragg. To Gram Parsons and The Band. Or that's what they want us to believe now that 'Cruel Country' reconciles them with a style that they had tampered with and flipped until it was practically unrecognizable.

"We've never felt particularly comfortable accepting the definition or the idea that we were making country music. But now, after having gone around a few times, it's exciting for us to free ourselves and accept the simple limitation of calling the music we're making country", acknowledged Jeff Tweddy, singer and songwriter of the band, when presenting a album that, in reality, is nothing more than the portrait of a band reflecting on its own nature and the turbulence that shakes its country. "I love my country, stupid and cruel", which Tweedy sings as a summary in the tender 'The Plains', farewell and closing of an album that, light years away from the sonic adventures of 'A Ghost Is Born', soft ballads and comfortable melodies, Americana in its most manageable and country version, as a post-pandemic catharsis.

An exercise in style that goes beyond the purely formal thanks to the aim of 'Falling Apart (Right Now)', 'Tonight's The Day' and, above all, the 'Catstevenesque' ''Bird Without a Tail / Base Of My Skull', songs that may not contain great revelations or encourage revolutions but that frame the exact moment in which the six from Chicago sat down to plan their next move. Here, then, is a pivotal album that disconcerts at first listen, grows outrageous the second time, and falls in love with the third time with the disarming simplicity of 'Tired Of Taking It Out Of You'. In both cases, yes, it takes a long time. Too many songs for so little movement.

1 Texas police: Texas teacher propped-opening door before... 2 After Uvalde, holiday weekend sees shootings nationwide 3 EU ban on Russian oil could be weakened by high prices... 4 As nation worries, Biden plans to fight inflation... 5 Cyber agency: Some states are vulnerable to voting... 6 A Clinton 2016 Campaign Lawyer was acquitted by the... 7 Experts: It's another busy hurricane season,... 8 Depp-Heard trial verdict not yet reached; jury will... 9 Nadal: "On the day I needed it most, I reached... 10 BTS visits White House for discussion on the hate... 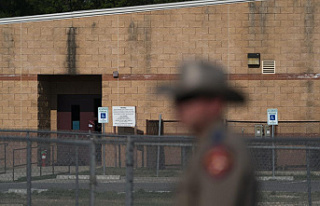