The European Union leaders met late Monday to agree to reduce Russian oil imports by around 90% in the next six-months, a drastic move that was unthinkable months ago. 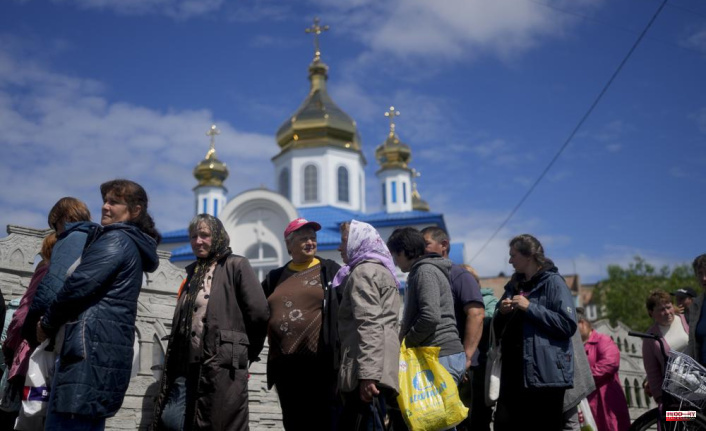 Experts in the industry say that although the European Union's controversial decision to ban almost all oil from Russia as a punishment for the country's invasion of Ukraine is a major blow to Moscow's economy it may have a less severe impact on other countries who are willing to purchase some.

The European Union leaders met late Monday to agree to reduce Russian oil imports by around 90% in the next six-months, a drastic move that was unthinkable months ago.

Russia supplies 25% of the bloc's oil and 40% of its natural resources. European countries, which are even more dependent on Russia, have been reluctant to take action.

While European heads of states hailed this decision as a watershed for their countries, analysts were more cautious.

All Russian oil shipped by sea is subject to the EU ban. It contains a temporary exemption at Hungary's request for oil from the Russian Druzhba Pipeline to certain landlocked Central European countries.

Russia could also retain some European markets. However, Russia could sell some oil previously bound to Europe via China, India, and other Asian customers, according to Chris Weafer CEO of Macro-Advisory.

"At the moment, it's not too difficult for Russia financially because of the rising global prices. He said that they are much higher than last year. Russia is likely to sell its oil at a similar price as last year, even if it offers a discount.

He said that India has been a willing buyer and that China is keen to purchase more oil as they are both receiving huge discounts on global market prices.

Moscow still regards Europe as its primary energy market and Monday's decision is the largest yet to punish Russia in response to its war in Ukraine.

German Chancellor Olaf Scholz stated that the sanctions had one goal: to force Russia to end its war and withdraw its troops, and to reach a reasonable and fair agreement with Ukraine.

According to Ukraine, Russia could be hit with a ban that would cost it tens or hundreds of billions of dollars.

Dmytro Kuleba, Foreign Minister, stated that the oil embargo would accelerate the countdown to the Russian economy's collapse and war machine.

Volodymyr Zelenskyy, the Ukrainian President, stated in a video that Ukraine would press for additional sanctions and that there should not be any significant economic ties between the free world (and the terrorist state)".

Simone Tagliapietra is an energy expert and researcher fellow at the Brussels-based thinktank Bruegel. She called the embargo "a major loss."

Matteo Villa, an analyst from the ISPI think-tank in Milan, stated that Russia will take a significant hit right now, but warned that it could backfire.

The European sanctions could cause the oil price to rise. He said that if oil prices rise a lot, Russia could earn more and Europe would lose the bet.

The oil ban, like previous rounds of sanctions is unlikely to convince the Kremlin that the war should be ended.

1 As nation worries, Biden plans to fight inflation... 2 Cyber agency: Some states are vulnerable to voting... 3 A Clinton 2016 Campaign Lawyer was acquitted by the... 4 Experts: It's another busy hurricane season,... 5 Depp-Heard trial verdict not yet reached; jury will... 6 Nadal: "On the day I needed it most, I reached... 7 BTS visits White House for discussion on the hate... 8 Q&A: Cronenberg discusses bodies, death, and the... 9 Pennsylvania Senate could be affected by an order... 10 As the funerals for Uvalde school massacre victims... 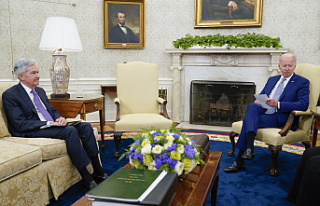