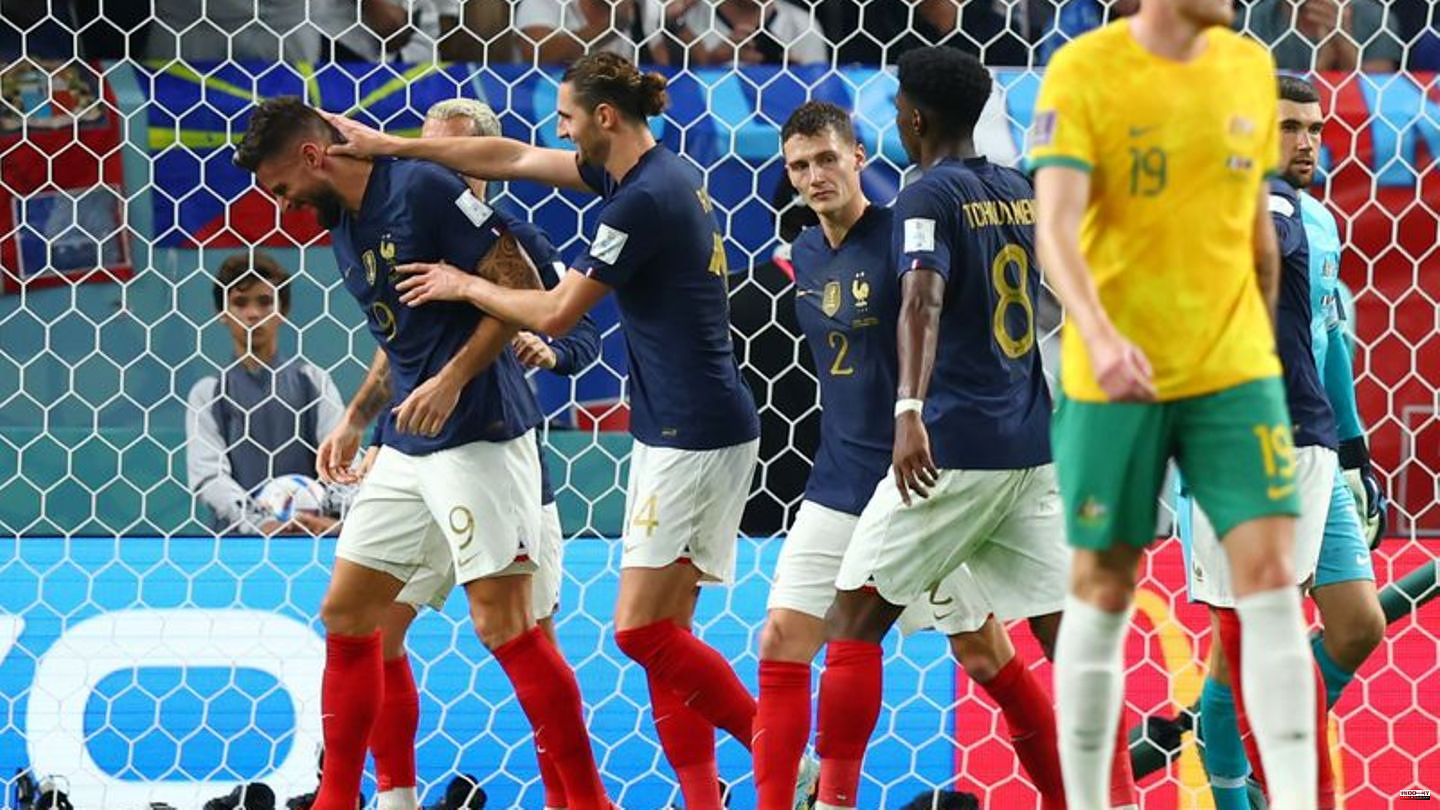 In the ultimately clear 4: 1 (2: 1) yesterday against Australia, the already injured French had to accept the next failure - and that is also very bad news for FC Bayern: Because it was Munich left-back Lucas Hernández, who had already seriously injured after eight minutes. As the French association announced in the night, he suffered a tear in the anterior cruciate ligament in his right knee.

France's predecessors as world champions - Italy, Spain and most recently Germany - were all eliminated in the preliminary round after their triumph. The French also seemed to be in danger of a false start when Craig Goodwin gave the Australians the lead in their fifth appearance at the World Cup in a row (9'). But Adrien Rabiot (27') and Olivier Giroud (32'), replacing injured Ballon d'Or winner Karim Benzema, turned the game around before the break. Kylian Mbappé (68th) and Giroud again (71st) followed suit. With his 51st international goal, the double goalscorer joined Thierry Henry as France's record goalscorer.

"The way it started, we can be satisfied in the end. There's still room for improvement. But we reacted quickly and were efficient in any case," said Giroud. "I just hope Lucas isn't more seriously injured. We dedicate this game to him." Fans paid homage to Giroud by chanting his name on a loop to the tune of the Beatles' classic "Hey Jude."

The French also managed an opening win against the Australians at the World Cup coup four years ago. Back then, they only beat the team from Down Under 2-1.

But for the 3,300 French fans among the 40,875 spectators, the game began with a double shock: long-time Bundesliga professional Mathew Leckie missed Hernández and served Goodwin, the 30-year-old scored his third international goal. To make matters worse, Hernández had injured himself while lunging and had to leave the field after almost five minutes of treatment. His brother Theo came for him. "The energy was there. We knew we could make a difference, but we reached our limits," said Leckie.

Lucky in the 22nd minute

The French took a while to recover from that opener and were lucky in the 22nd minute when Mitchell Duke fired a little too high from just under 20 meters out. And then they unexpectedly equalized at that point, when Rabiot headed in a cross from Theo Hernández unhindered.

The game was turned just five minutes later: Rabiot captured the ball against uncertain Australians, got it back from Mbappé with a hoe and served Giroud. The 36-year-old had not scored at the World Cup four years ago, despite playing in every game. But even then he was an important element with his diligence and team spirit.

The French actually had the control of the game they had hoped for from the start. It was also fortunate that they went into the dressing room with an lead, however, as Australia's Jackson Irvine of second division FC St. Pauli headed the post in added time in the first half. After the break, the French then had everything under control. Giroud, who narrowly missed a side kick (50') and Antoine Griezmann, whose shot hit Aziz Behich off the line (65'), were initially unlucky. But then Mbappé hit a cross from ex-Dortmund Ousmane Dembélé with a head and four minutes later Giroud gave the next header. 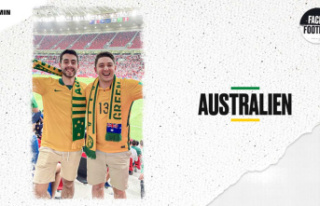 Faces of Football: Australia - a letter to the national...